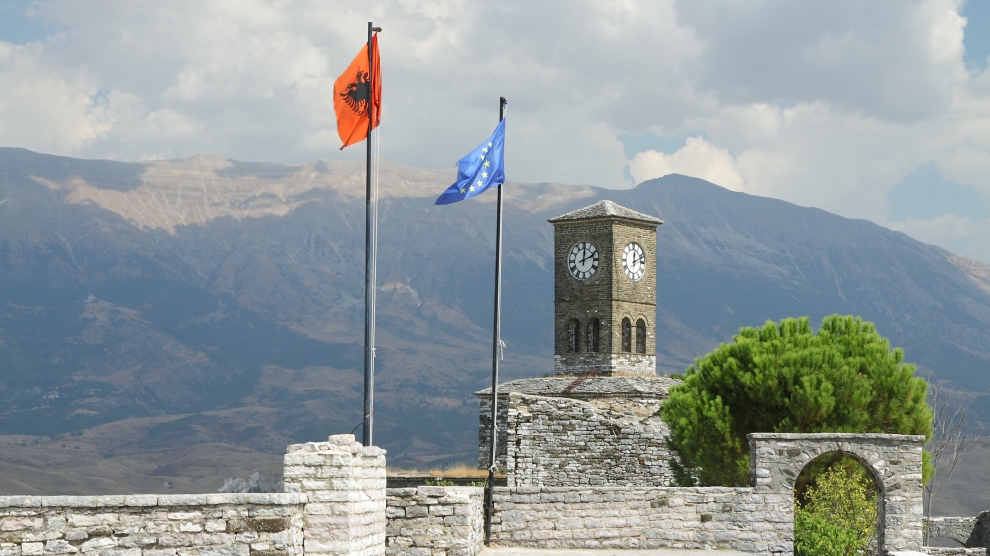 The European Union must uphold the Copenhagen Criteria else its reputation will be damaged.

What are the reasons for Albania and other Western Balkans states to strive for membership of the European Union? How similar or dissimilar are these reasons to those which motivated the initial six members to establish the EU, or the European Coal and Steel Community as it was called in the 1950s; and later others to join it?

Was it the sense of belonging to a cultural community that needed to transform into a political one in order to preserve the inner peace, fend off external threats and play a greater role in the world?

I think yes, and I could say that for Albania and the Western Balkans in general.

Was it the need to benefit from the cohesion funds that help build some nice highways which you can see, for instance, in Greece and Spain, and also other expensive infrastructure?

I think yes: many countries which had and have a GDP per capita lower than the EU average have certainly eyed EU money to generously complement their own national budgets; the Western Balkans cannot be the exception.

Was it the need to rapidly modernise state and economy and fulfill the so-called Copenhagen Criteria adopted by the EU in 1993 and obligatory for any state wanting to join?

Let me quote them: stability of institutions guaranteeing democracy, the rule of law, human rights and respect for minorities; a functioning market economy and so on.

I think yes, a big yes. For those who suffered under communist regimes, having a consolidated pluralist democracy, their human rights preserved, a clear separation of powers and a free media – along with a market economy – was what people across society most wanted.

The process of EU integration – from the first cooperation agreements to stabilisation pacts, candidate status and the accession negotiations themselves –  initially gave the impression of great help. It was help that coped with the enthusiasm of change and the relief of leaving behind a dreadful regime. At times, when democracy seemed to suffer or even serious deviations occurred, the EU, whether alone or jointly with the US, often acted decisively. These actions, though disputed when they happened, now in hindsight are appreciated, as a lack of them would have meant descending a dangerous, slippery slope.

At the time when the former communist countries of Europe began their EU integration process there was also a widespread belief that democracy and an order based on liberal values were on the march and that world conquest was a matter of time and resources. Even an “end of history” was presaged. However, over the last two decades Russia and China have spearheaded the reaffirmation of authoritarianism, and there – and in some other countries – freedom and democracy are seemingly in retreat.

In the Western Balkans there were, in Brussels’ speak, two frontrunners for EU integration, Serbia and Montenegro.

By all credible reports the centralisation of power and state capture have advanced well in Serbia over the last five years; now the country has a parliament composed only of the ruling parties.

Montenegro had never changed government through the ballot box until very recently, eliciting comparisons with Cuba. Also, in North Macedonia, if you try to look beyond the celebratory fireworks of bilateral treaties settling disputes with neighbours, serious problems persist.

The last seven years in Albania have been the most deleterious for the rule of law and democracy, with the ruling party not merely content with state capture and unprecedented grand corruption it has colluded with drug lords in order to procure votes it couldn’t otherwise get. Inexplicably, the European Commission spoke only of progress, of very good progress, during these years. This international cover-up strengthened the sense of impunity in the ruling party; so more state capture and more grand corruption ensued.

Not everyone, however, was convinced with the Potemkin facades painted by Albanian government propaganda and certified by European Commission officials.

First to sound the alarm was the opposition, although having lost power (and too eager to regain it) its criticism is usually dismissed as sour grapes

Then it was the non-captured media (including the EU-funded Balkan Investigative Reporting Network; BIRN) and NGOs. But still, not many were listening.

Then came help from EU member states. First it was the CDU/CSU parliamentary group in the German Bundestag with their many fact-finding missions on the ground, aided by the office of the Konrad Adenauer Foundation with its many independent studies which provided an alternative, none-too-pretty picture of the situation which the government in Berlin could not ignore any longer.

Other governments, like the French and the Dutch, followed suit and the result were the famous “15 conditions” the EU General Affairs Council imposed on Albania in March in order to start accession talks.

The new, Ursula von der Leyen Commission has talked about “restoring the credibility of the enlargement process” and the Enlargement Commissioner has shown that he can call a spade a spade. What’s more, the European Parliament has engaged with a good understanding of the situation. This is very helpful for the country’s real European perspective and offers a real chance of becoming a full member one day.

While there is continuous talk about reforms one should not lose sight of the fundamentals. It is very important to bring food safety or telecommunication regulations in line with the acquis communautaire and also implement them well. But it is more important to live up to constitutional norms like separation of powers and human rights and push for an accountable  government. Basically, care for the Copenhagen Criteria.

The maintenance of the Copenhagen Criteria and the undertaking of required reforms are the responsibility of all domestic actors: government, opposition, civil society and free media. Without them assuming this responsibility no European dream, however attractive, can come true.

The EU’s stance has been criticised for paying more attention to stability and to deterring third powers rather than to the instilling of European values. While these concerns are legitimate in theory and sometimes misplaced in on the ground, the perceived neglect of the Copenhagen Criteria creates an image of being in bed with the corruptocrats of the day. Nothing else can do more damage to the Union’s reputation and to the European dream of Western Balkans societies: a dream of developing Europe in your own country, and of not being forced to start a new life in a richer part of Europe.

Genc Pollo is an Albanian MP and former chairman of the parliamentary committee on European Integration. He is also an ex-deputy prime minister, and minister of education.

Nagorno-Karabakh: Where does the EU go from here?
Why Poland needs to develop a ‘learning society’
Comment