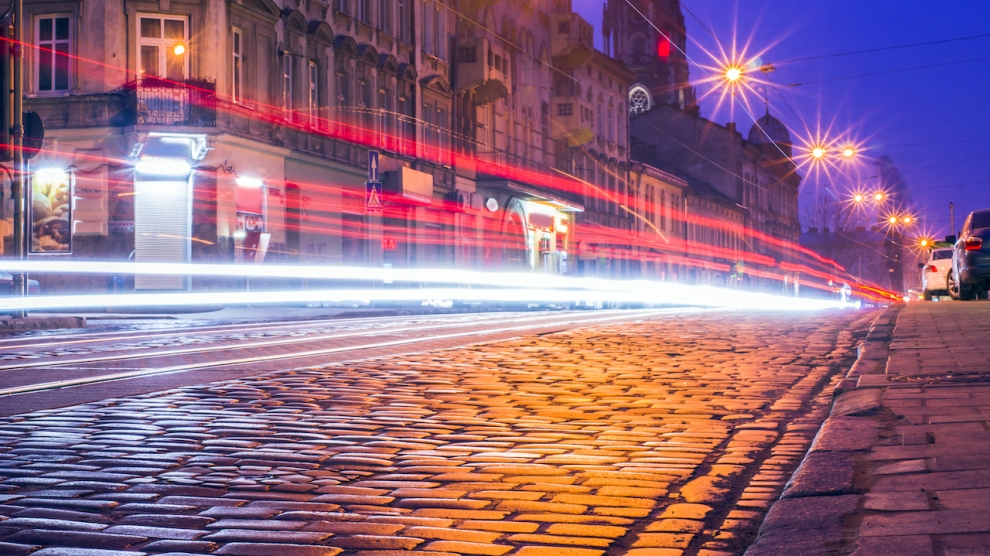 Entirely by chance, in 2006, I ended up controlling a small bank in Lviv, Ukraine, and I have been doing it ever since.

I must admit, a lot has happened in the last decade. First, it was a story of optimism, following the 2004 Orange Revolution but after the financial crisis in 2008-2009, it has mostly been a tale of damage control and survival. The Euromaidan revolution at the end of 2013 and in early 2014, brought a short glimmer of hope but this was extinguished by an even more brutal economic crisis, as well as the sad loss of life and well-being of way too many Ukrainians in the military conflict.

Sometimes I ask what this nation has done to deserve a life and a fate that constantly goes from bad to worse. The 20th century was terrible overall for Ukrainians and now their income has fallen to the lowest in Europe. They live in a state of high uncertainty about their personal and national future and subsequently they have terrible demographic statistics, fuelled by understandably high emigration and a much higher number of deaths than births. One phenomenon explains the situation: corruption.

Coming from Iceland, a small western country which has also seen its ups and downs, I could never have imagined just how much corruption paralyses society. At the beginning of the 20th century, Iceland was one of the poorest countries in Europe, while the Austro-Hungarian region of Galicia was certainly in the more prosperous half, as may be witnessed by the marvellous constructions from that era. Since then, things have consistently improved in Iceland while living conditions here in Ukraine are probably worse than they were a century ago.

The current level of corruption is very well-known to western investors who no longer take it for granted that Ukraine is on the right track; not as we thought a decade ago when looking at reforms in the neighbouring countries: Poland, Hungary, Slovakia, Romania and the Baltics.

I want to give a short financial example of how strange things are in Ukraine compared to the Europe Union. It concerns the relationship between labour and capital. In the European Union, if a person wants to secure a working person’s salary for themselves, from their savings, they need to earn an income of €3,000 a month after tax, which is €36,000 a year. An investor with good diversification could expect to earn two per cent on their savings, so in order to earn the equivalent of €3,000 a month, they need to have an equivalent of €1,8 million in savings.

On the contrary, in Ukraine, the banking deposit rates are 16 per cent in the local currency. In order to earn a working person’s salary of €200 here, they need around €15.000 in savings. So it is roughly 100 times better to be a capitalist in Ukraine than in the EU which, by the way, is only 70 kilometres away from Lviv. One would expect profit seeking capitalists to be running the short distance to Ukraine to exploit the difference. But few are doing it and this is mostly because they fear the red tape, the ambiguous rules and laws which are constantly changing.

There are nonetheless several success stories being played out here in Western Ukraine. Several tenacious investors with a cautious approach have built up their labour intensive businesses with clear access to raw materials and a predefined export route or local distribution channels. Western IT companies that are outsourcing to Ukraine are expanding ever more aggressively. They have minimal capital costs and in Ukraine they have access to well-educated and technically skilled young programmers, eager to earn salaries that resemble EU standards.  This is spreading out to other sectors seeking skilled workers.

Ukrainians are no different from other Europeans and they are ready to work hard to improve their living conditions. What worries me is that it is very hard for a young, talented person to start up their own business. If a government job comes up with the possibility to get their rent, it is understandable that they cross the fence.  It is easier for young talent to vote with their feet and move west rather than risk a third revolution against corruption.

My dream is to take part in a better future for Ukraine; one that this remarkable nation deserves.

Margeir Petursson is an independent banking professional and a member of the Supervisory Board at Bank Lviv. Margeir is also a grandmaster of chess, the highest world chess ranking 22nd in 1990. He was born in Iceland.