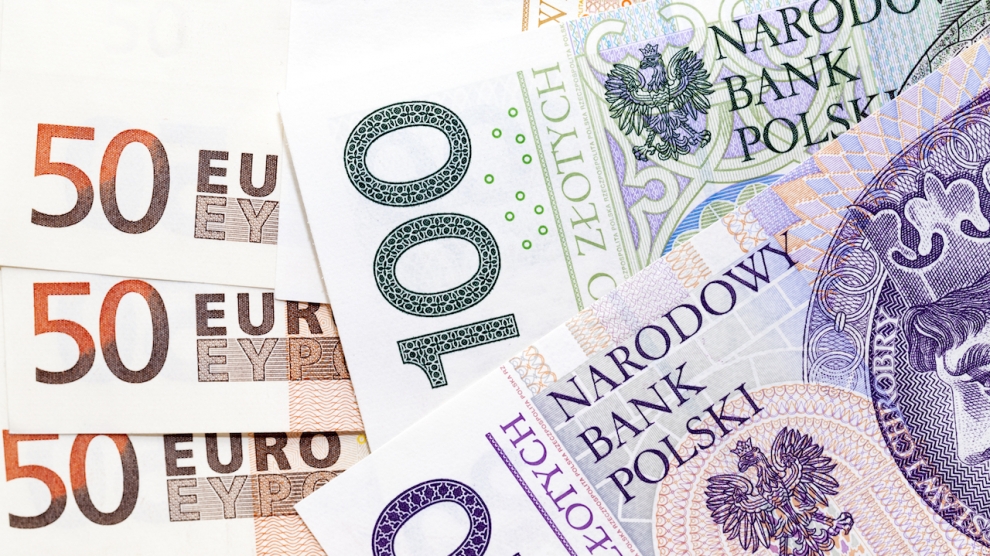 When it joined the European Union in 2004, Poland was obliged to adopt the Euro (providing the country meets the Maastricht criteria) in the same manner as the other nine new member states and the three which entered the Block in 2007 and 2013 — at some undefined point in the future. Since then, the Baltic countries, Slovakia, Slovenia, Cyprus and Malta have all changed their national currencies, but Poland, the Czech Republic, Hungary, Romania, Bulgaria and Croatia have not yet done so.

In September 2008, the then Polish Prime Minister and now the President of the European Council, Donald Tusk, announced that the government would do its best to meet the currency criteria so that the country could use the Euro in 2011. However, the global financial crisis was on the horizon and even though Poland remained “a green island” of growth in Europe, the Prime Minister was forced to swiftly change his plans.

In 2010, Polish entrepreneurs were almost unanimous about Poland’s joining the Eurozone. As many as 85 per cent of them claimed that it would have a positive influence on the Polish economy and consequently, their businesses. In the next few years this percentage declined regularly because of the crisis in the Eurozone that was provoked by the fiscal problems of Greece, Spain and Italy and, in 2015, support for the Euro dropped to 42 per cent.

However, it seems that this trend is changing as support for the Euro among Polish entrepreneurs and managers has increased to 58 per cent, in 2016, which is the highest result since 2013. This change of attitude in Polish businesses towards the Euro may be caused by two facts: the stabilisation in the Eurozone and the high fluctuation of the Polish złoty, in 2016.

If we take a step back and look at the fiscal problems of Greece, Spain and Italy in 2010-2011, the future of the Eurozone was not sure at that time. There was even a fear that the idea of a common currency in Europe would not survive the crisis. However, the Eurozone seems to have managed to overcome those problems. Today, the ten-year Greek bond yield has fallen significantly, since the beginning of 2012, as well as similar securities in Spain and Italy. The financial markets of those countries are not afraid of insolvency and the Euro can once again be perceived by entrepreneurs as a stable currency.

Increased support for the Euro among Polish entrepreneurs and managers may also result from fluctuations in the EUR/PLN exchange rate, in 2016. Last year, the price of the Euro oscillated between PLN 4.22 and PLN 4.52.

The scale of this variability is clearly seen in the following example: within the first four months of 2016, the EUR/PLN exchange rate decreased firstly by PLN 0.25 and then it increased by PLN 0.19. Those huge fluctuations made Polish companies that were dealing with foreign contractors somewhat anxious because, to a certain extent, their financial results depended on the exchange rate. About 80 per cent of Polish international trade is accountable in Euro, so entering the Eurozone will significantly decrease currency risk and simplify transactions with foreign companies.

Despite the results of the Brexit referendum and criticism of the European Union, Poles — unlike their current government — are still supportive of the Block. In November 2016, as many as 85 per cent of Polish citizens were in favour of their country remaining in the EU.  It remains to be seen whether entrepreneurs’ support for the Euro will now make the government consider accession to the Eurozone.

Przemysław (Prem) Polaczek is Managing Partner and Director at the International Business Centre, Grant Thornton Poland, where he has worked for two decades. He started his career in assurance, where he worked with multinational clients and served as Head of Audit for ten years. Prem concentrates on providing value added consulting, high level advisory and international project coordination of services to existing and new entrants to the Polish market.