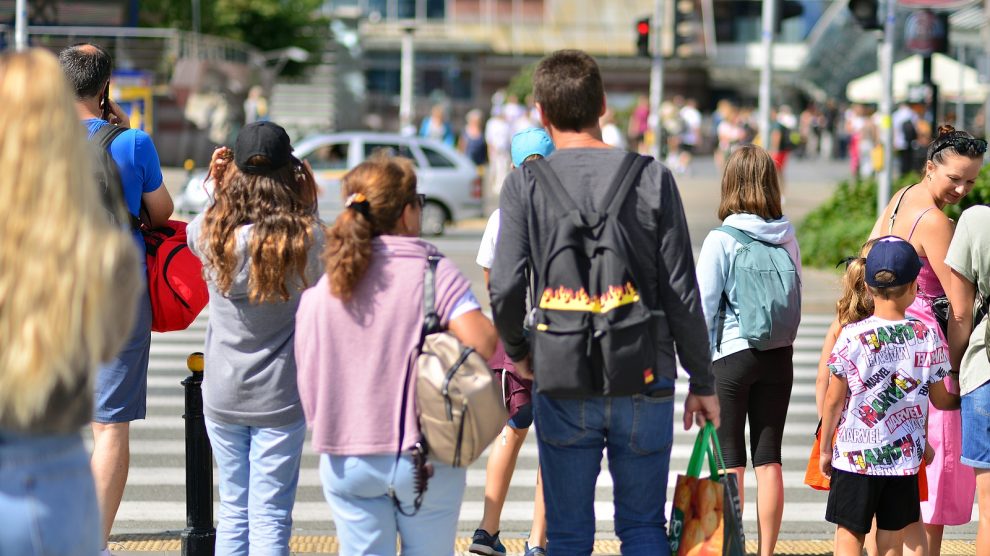 A robust urbanisation strategy is an imperative if Poland wishes to move towards a less inegalitarian society.

In its quest for a future EU membership, Ukraine is likely to seek inspiration from Poland’s transition from the shambles of 1990 to today’s successful, EU-integrated market economy.

Regardless of whether the Polish transition is evaluated on the basis of average GDP growth (4.2 per cent per annum in 1992-2019) or convergence with EU average incomes (77.2 per cent in 2021; according to the OECD), the most typical data point to an impressive transition result.

Such economists as Jeffrey Sachs attribute this to a successful application in the early 1990s of the so-called “shock therapy”, while the World Bank economist Marcin Piatkowski ascribes it to a successful introduction of market-friendly institutions.

Given the evidence supplied by such economists as Stiglitz on the incompatibility of rising income inequality with fast growth, Poland’s income inequality casts a long shadow over the frequent view that there is something inevitable about the country’s continued high growth.

The effort to understand better the dimensions of Poland’s income inequality has been spearheaded by the world-famous French economist Thomas Piketty whose 2020 book Capital and Ideology devotes a brief but highly informative section to post-communist disillusionment in Central Europe (with a focus on Poland), which he attributes mainly to income inequality.

Piketty’s insights into Poland should be studied in conjunction with a related 2021 article by two younger economists, Filip Novokmet and Pawel Bukowski, who also happen to be Piketty’s research collaborators and who use his methodology.

As a result, the research by Piketty et al. constitutes the first comprehensive, data-driven inquiry into the evolution of Poland’s income inequality in the 1920-2015 period. Obviously, we are primarily interested in the 1990-2015 period. Data on the post-2015 period is not yet available. It may be worthwhile to highlight their main data findings:

This data shows that in most European countries, the bottom 50 per cent suffered relative impoverishment in the 1992-2015 period. However, Poland stands out as the country where this phenomenon has been the worst, even worse than in Germany.

The data above shows that while all income groups benefited from the post-1989 transition, the top decile and higher captured most of the growth. Particularly striking is the gap in total macro growth between the top one per cent and the bottom 50 per cent.

In essence, the beginning of the transition from the enforced income equality of a Soviet-type economy to a market economy inevitably led to a sharp increase in income inequality, resulting primarily from the educational premium associated with the expanding private sector and foreign investment. Accordingly, the share of the top 10 per cent jumped from 26 per cent of total income in 1992 to approximately 36 per cent by 2004, which happened to be also the year of Poland’s integration with the EU. The further post-integration increase in inequality was driven primarily by rapid globalisation and technological change.

However, the explanation by Piketty et al. does not seem fully satisfactory; something big seems to be missing. Moreover, the question of why Poland’s income inequality is so much greater than that of either Czechia or Hungary is left unanswered. This issue is very curious given the roughly similar transition experiences of the three countries.

In order to understand more fully the roots of Poland’s income inequality, it may be useful at this point to approximate the social characteristics of the three major income groups discussed herein.

Thus, I would argue that the top decile corresponds to the upper middle class employed in the thriving private sector in the major urban centres in which Poland’s economic activity is concentrated. This group possesses the education, the mobility and the sheer drive to have become the main beneficiaries of the transition.

The bottom 50 per cent corresponds more or less to Poland’s rural population plus the urban poor. In relative terms, this bottom group has gained the least from the transition. Finally, the middle 40 per cent suffered a relative decline in total income analogous to that of the bottom 50 per cent, but it enjoyed nevertheless a somewhat better income growth.

This middle group consists primarily of urban public sector employees who have been “hollowed out”, to use Milanovic’s terminology. To sum up, Poland’s transition massively squeezed down the share of total income of the bottom 90 per cent, while engineering a massive transfer to the top decile.

The analysis above has already broadly hinted at Poland’s urbanisation cleavage which, together with the education premium, is the major culprit behind Poland’s income inequality, as well as a daunting barrier to a less inegalitarian society.

While I addressed elsewhere Poland’s grim urban-rural divide, let me repeat here only that Poland is one of Europe’s least urban societies, with a 60 per cent urbanisation rate in 2019 versus an EU average of 75 per cent.

Like income inequality, the urbanisation gap is something that receives hardly any attention and no Polish government since 1989 has pursued urbanisation as an instrument of economic growth. On the contrary, there has been a tacit consensus among political elites on policies which amount to hostility towards urbanisation.

Since most of the economic activity and human capital of Poland, or any other country for that matter, is concentrated in the major urban centres, the enormous rural population is effectively cut off from growth and innovation opportunities which then end up benefiting the urban population, particularly its most highly educated and wealthiest segment (top 10 per cent).

As the Nobel Prize-winning US economist Edmund Phelps wrote, “rural life is not conducive to the intellectual stimulation and wide-ranging interchange that contributes so critically to creativity.” As a result, the rural population remains challenged by low level of human capital, marginal income growth, and a rapidly declining share of total income. This explains also why Czechia and Hungary are less inegalitarian than Poland; they are both much more urban than Poland, with well over 70 per cent urbanisation rate.

Oddly enough, Poland’s urban-rural divide bears an eerie resemblance to that of China’s, which formally achieved by 2019 a 60.3 per cent urbanisation rate, but including approximately 250 million migrant workers who have been able to move to cities for work only since the 1980s.

China’s economic activity is concentrated in the major urban centres, particularly the so-called “Tier 1 cities” (Beijing, Shanghai, Shenzhen, and Guangzhou). The rural population remains tied down to the countryside behind the legal barrier known as the “hukou” (a form of internal passport).

Not surprisingly, China’s income inequality is even worse than Poland’s. According to Piketty, the top 10 per cent garnered about 42 per cent of total income in 2015. Essentially, all of China’s top decile live in Tier 1 cities. As a result, China consists de-facto of two countries – an urban China and a rural China.

The noted Stanford economist Scott Rozelle, who is also one of the world’s top experts on rural China, believes that China’s rigid urban-rural cleavage, characterised by low human capital in rural areas, combined with rising share of total income of the urban top 10 per cent, amounts to an existential threat to China’s future development and growth.

While fortunately Poland does not have a “hukou” system, its urban-rural divide is enforced by various rigid disincentives to urbanisation. Piketty argues that Poland (along with the rest of Central Europe) has limited options for pursuing an autonomous development strategy due to its relatively small size and EU membership.

I dissent from that view.

The EU has no common urbanisation policy and Poland is free to take various initiatives to promote urbanisation. As a matter of fact, a robust urbanisation strategy is an imperative if Poland wishes to move towards a less inegalitarian society and eschew as much as possible the China-type risks to growth. Thus, the most urgent step would be to equalise the tax regime for urban and rural populations. The existing tax regime unfairly penalises the urban population, while discouraging the rural residents from moving to urban centres.

Second, the government should invest in specific incentives for those rural residents who choose to move to urban centres, such as affordable housing in the cities, subsidies for moving expenses, and attractive urban education opportunities, including professional retraining and adult education. Finally, the existing tax incentives for investment in Poland’s Special Economic Zones located away from urban centres ought to be abolished.

It is an unfortunate fact that Poland is deeply rooted in an anti-urbanisation legacy. This legacy, however, must be overcome if the country wishes to move towards a less inegalitarian and inclusive society.

The 3SI: Europe’s most critical regional cooperation initiative must succeed
The outlook for emerging Europe in 2023
Comment