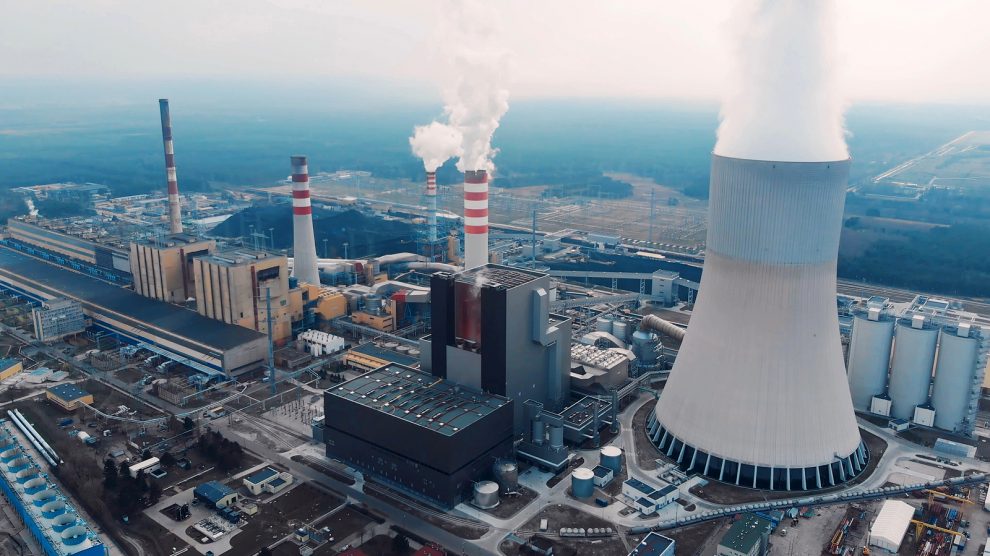 Emerging Europe has some of the highest rates of coal dependency in the EU, with Poland leading the way. Despite years of pressure to decrease coal consumption, countries in the region have failed to do so, and the Warsaw government is now openly encouraging its use.

Winter will this year likely feel colder throughout the EU, as member states pull together in a much-needed attempt to break their reliance on Russian gas once and for all.

For some, this winter is an opportunity to push for the introduction of alternative, renewable sources of energy, but the looming threat of a gas crunch has led some governments in the region to fall back on another problematic source of energy – coal.

Despite posing a significant threat to the environment – air quality in particular – coal consumption in CEE member states are amongst the highest in the EU.

According to Eurostat, Poland in 2021 accounted for 41 per cent of all coal usage in the EU, making it by far the largest consumer in the bloc.

The Polish government has for several years now faced criticism from civil society for sticking to its plan to phase out coal by 2049, well beyond the EU’s target date of 2030.

With some estimates suggesting that 35 per cent of Polish households use coal for heating, the Polish ministry of climate and environment recently approved a one-off payment of 630 euros for households that use coal as a primary source of heating.

Why this is not viable

Not only is coal not a feasible alternative to gas because of the pollution it causes, but it is also rapidly growing in price owing to the fact that a large percentage of the EU’s coal was, like its gas, until recently being imported from Russia.

“As a result of the much-needed embargo on Russian coal, the price for individual consumers has more than tripled. But the crisis is also an opportunity for these countries to transform their energy systems,” Andrzej Ancygier, senior energy and climate policy analyst speaking on behalf of Climate Analytics Organisation, tells Emerging Europe.

“More than half of the coal used in individual households [in Poland] used to be sourced from Russia,” explains Iwona Bojadżijewa, campaigns officer for the NGO ClientEarth.

Olga Kiuila, a professor of economics at the University of Warsaw, says that subsidising the purchase of coal because of its skyrocketing prices is not an appropriate response.

“Such a short-sighted view by the Polish government implies that local households will not have any incentive to reduce energy consumption and they might even increase it,” she says.

“Furthermore, the market will generate opposite signals to those intended, as the final consumer price of dirty energy will go down, the demand will go up,” she adds.

Instead, Kiuila argues, coal prices should be allowed to remain high, to decrease its consumption and provide a strong incentive for renewable technologies, speeding up Poland’s transition to a low carbon economy.

Kiuila suggests that there are several steps Poland, and other countries in the region with strong dependence on coal, could take in order to find long-term solutions to the current energy crisis.

Firstly, she presents the need for, “educational campaigns to explain to consumers and producers why renewables and consumption reduction is important.”

Secondly, Kiuila points to a need to, “help citizens change their behaviour through pro-ecological subsidies, as a temporary help for transition period.”

Ilona Jędrasik, lead of the Fossil Fuel Infrastructure programme at ClientEarth Poland, says that Poles are already rather well educated on these issues.

“Green energy receives great support among Polish society and it goes beyond political differences. According to a recent opinion poll, four in five Poles want regulations relaxed to enable more wind energy. The government should consider this carefully,” she says.

Jędrasik believes that the most urgent need is to invest in green technologies and energy efficiency in the building and heating sectors. She further points to a need to unblock renewable energy sources in the electricity market – especially onshore wind and solar.

“Our recent report shows that this potential is huge, because in the last six years the capacity of new renewables that Poland refused to connect to the grid amounted to 30 GW. This equals the current capacity of all Polish coal  power plants,” she states.

Andrzej Ancygier says that heat pumps, which are based on thermal energy and thus produce no carbon dioxide, are one tangible alternative to coal that is already growing in popularity in Poland.

“There is a major boom in Poland for heat pumps at the moment, and various programmes, mostly financed from EU sources, provide funding for energy renovations. But to make funding more accessible, these programmes need to be simplified. For example, upfront payments should become the standard as many people can’t afford to make the necessary investments and simply hope to be partially reimbursed later,” he says.

Lastly, Kuilia argues that there is a need for the Polish government, and others in the region to, “remove bureaucratic barriers, as some of those who already want to invest in renewable sources, may not do so just due to those barriers.”

For example, ClientEarth, together with other environmental groups, is already pushing the government to unlock the potential of wind energy, but Bojadżijewa says that this is a very slow process.

“The war in Ukraine enforced a paradigm shift in the field of energy and constitutes a clear signal that we need to accelerate the energy transition to move away from energy based on fossil fuels and invest in energy efficiency and green energy. We need to do this for environmental but also energy security reasons and to maintain our standard of living,” says Jędrasik.

As Russia’s war on Ukraine continues, we must not forget about Belarus
Don’t blame the victim, says Ukraine of Amnesty report that is a gift for Russian propaganda
Comment