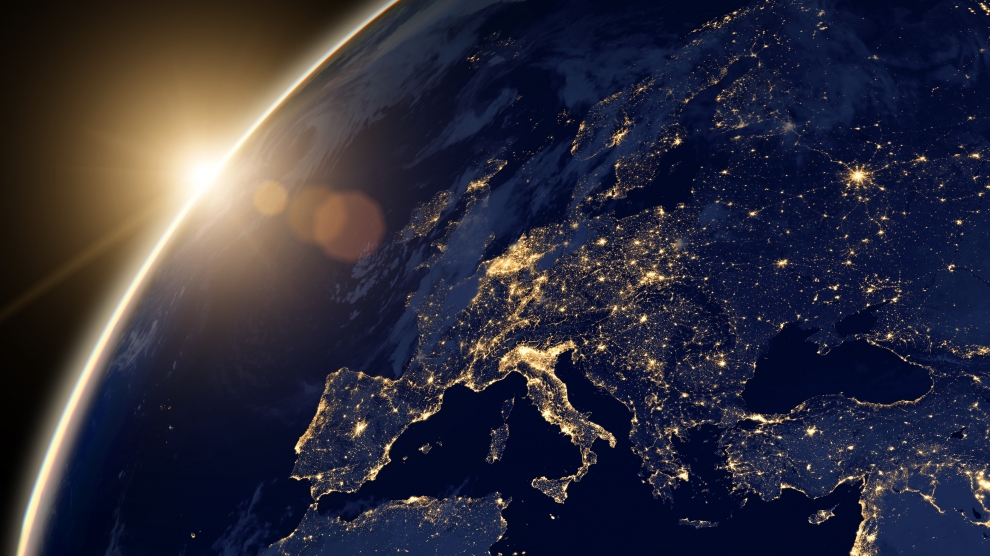 Last week a US bankruptcy court approved the UK government’s joint bid with India’s Bharti Enterprise for the purchase of satellite broadband operator OneWeb. The company operates a low-earth orbit satellite broadband network, and the purchase will allow the UK government to dictate who has access. This step into the burgeoning commercial satellite sector is part of a wider effort by the UK to drive investment in space. However, the UK government is entering into a regulatory minefield increasingly dominated by the private sector. Will public and private be forced to compete?

2020 has been a strange environment for the space sector. Covid-19 has influenced and delayed a number of significant international projects like NASA’s plans to send astronauts to the Moon by 2024 (test flights having  been delayed until after 2021) and the joint Europe-Russia mission to Mars, scheduled to launch this  summer but pushed back until 2022. However there have also been a huge number of major positive milestones for the sector.

While other sectors look to recover, the space sector is reaching new heights every month.

The UK government is not the only one to recognise this progress, as it looks to the space industry to help boosts its economy. The Serbian Case for Space Foundation is one example of how aspiring EU member states who have struggled with a lack of governmental support and a very junior private space industry, may see a brighter future ahead as they explore other ways to enter the market. One recent focus has been Earth Observation (EO) data which can be used to monitor the current crises, such as the pandemic and climate change, through changes in agriculture and air pollution.

With the recent news that the European Commission will be heavily reducing its space budget for the next seven years, the UK’s investment in OneWeb could pave the way for more open partnerships with non-EU countries, encouraging fresh investment and cooperation within the sector.

The current strength of the space sector has been a long time coming. Investors like Jeff Bezos and Peter Beck have put huge portions of their respective fortunes into their own companies, Blue Origin and Rocket Lab, both of which are looking to continue their work later this year on making commercial rocket travel a reality.

Meanwhile the aerospace heavyweights, Boeing, Northrop Grumman, and Lockheed Martin continue to play a major role in contributing to national space programmes. Boeing, which took part in the construction of the International Space Station, is currently at work with NASA on what they call ‘the Gateway’  an outpost designed to orbit the moon that will  act  as a base for future expeditions to the Moon and Mars

With an investment in OneWeb, the UK is directly competing with the private sector, particularly Starlink which has the largest LEO satellite network. Starlink already has 500 satellites in operation, with another 50 planned for the coming weeks. OneWeb has just 74, though has plans for 550 by the end of the year.

Competition and innovation often go hand in hand, but all governments should be wary of treating Earth’s orbit as a marketplace. Where once outer space was considered a global commons, the recent development by the world’s major powers of weaponised satellites and anti-satellites and counter-space measures suggests a growing recognition that space may become more than just the battleground of a few entrepreneurs.

Just this April, US President Donald Trump signed an executive order which encouraged the use of ‘space resources’ raising the question of property rights in space, as well as the broader issue of who decides and judicates these rights? If we really are to see the promises of the space sector finally fulfilled, then we will face an open field of private companies and nations operating in a legal no man’s land. If this is taken in the spirit of competition, there is a real danger of conflict which will inevitably threaten terrestrial and global security.

Even this week, the ambiguity of the vehicle containing “special equipment” that Russia launched in to space under the guise of an inspection of one of its satellites, signified a cause for concern for the US and the UK, who accused the country of testing an anti-satellite weapon in space.

The best way for nations and corporations to avoid this type of conflict is to operate in harmony, by establishing a clear and comprehensive legal framework that can regulate military and economic activity in space. Even if nations wish to act in their own interests, and compete with private companies and their neighbours for space resources, it is in their own interests that there are at least some clear rules governing their initiatives. There is a fine line between competition and anarchy, nations must make sure in their efforts to supercharge the space sector that they do not cross it by mistake.

If space becomes critically unsafe, it will not be selectively unsafe, but rather unsafe for all. The way forward is more cooperation, through the drafting and approval of new and comprehensive legal and treaty frameworks. Sustainable outer space security will also benefit from subscribing to conceptual frameworks that allow for: “absolute gains and non-conflictual competition”, such as “Symbiotic Realism“, and the “Multi-sum Security Principle “.

Professor Nayef Al-Rodhan is a neuroscientist, philosopher and geostrategist. He is an Honorary Fellow at St Antony’s College, University of Oxford, and Senior Fellow and Head of the Geopolitics and Global Futures Programme at the Geneva Centre for Security Policy, Geneva, Switzerland.