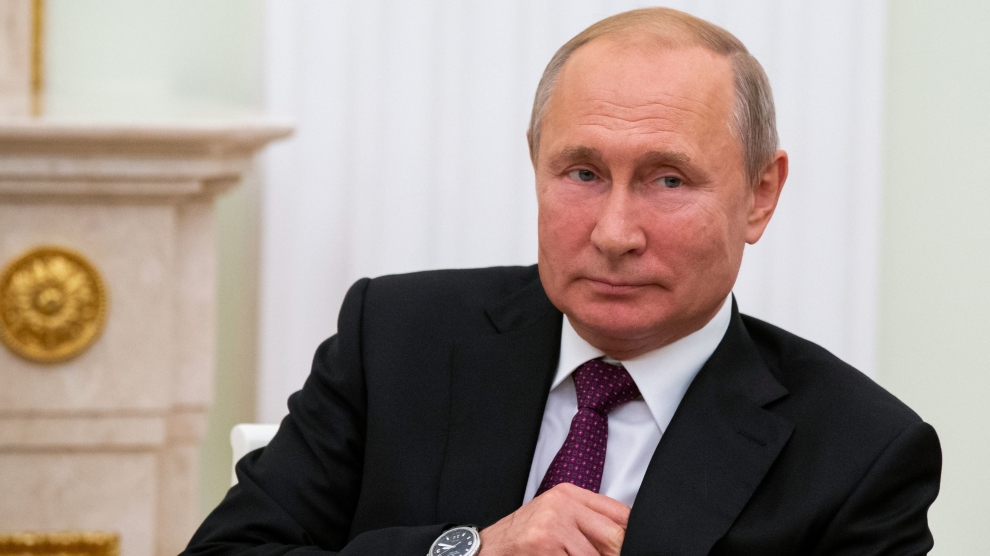 Amid the global outbreak of the new coronavirus, several undemocratic countries have been trying to take advantage of the crisis and depict themselves as accountable players on the international scene. The Kremlin recently did so by hailing its sale of medical supplies to the United States in early April as generous humanitarian aid.

Western leaders have interpreted Russia’s willingness to dispatch its medical personnel and supplies abroad amid the Covid-19 crisis as a shrewd propaganda and PR move. In a letter to the President of the European Commission on April 3, 2020, several members of the European Parliament stated that the Kremlin’s recent assistance to Italy may be an attempt to have EU sanctions on Russia “reviewed or lifted.” The motives behind Russian aid are also called into question in the light of a recent European External Action Service report stating that the Kremlin is sowing coronavirus-related disinformation in the West.

Russian and US officials disagree on the terms of the shipment

On April 1, a Russian military cargo aircraft delivered personal protective equipment, ventilators, and other necessary medical supplies to New York City. But Russian and US officials conveyed contradictory messages on the terms of the shipment.

On March 31, Russian President Vladimir Putin’s spokesperson Dmitry Peskov stated that during a phone conversation between the Putin and President Trump, Trump “accepted humanitarian assistance [offered by Putin] with gratitude.” Along the same lines, Kremlin-funded Russia Today presented medical equipment as “a gift from the Kremlin to its coronavirus-stricken rival,” implying the supplies were free.

After a Russian cargo plane landed in New York on April 1, the US State Department published a press release stating “the United States has agreed to purchase needed medical supplies, including ventilators and personal protection equipment, from Russia.” This statement made it evident that the Kremlin’s initial announcement contained misleading or insufficient information about the agreement between Russia and the US. When journalists turned to Peskov for clarification, he refused to make any further comments.

On April 2, Russian MFA spokesperson Maria Zakharova provided additional clarification, announcing “half of the cost of the medical cargo was paid by the Russian Direct Investment Fund (RDIF), and half by the American side itself.” Although Zakharova did not specify the exact cost of supplies, Radio Liberty calculated that a shipment consisting solely of ventilators dispatched from Russia to the United States could cost around one million US dollars.

RDIF also published a press release claiming that it paid for half of the medical equipment for hospitals and laboratories in New York, on the basis that RDIF advocates for the development of dialogue between Russia and the United States. The statement created additional confusion as to why the US State Department did not mention the RDIF contribution in its press release.

On April 3, an anonymous senior official from Trump’s administration told Reuters that the US paid full price for the planeload of medical equipment received from Russia. While the official admitted that the price was “below market value,” he or she also dismissed Russia’s claim that RDIF paid for half of the cargo.

In terms of engagement, Russia’s version of the deal appears to have had some success: the top five most engaged with articles about the shipment in English garnered over 100,000 engagements. These articles characterised the shipment as aid, without mentioning that the United States paid for it.

Although Russian actors have been amplifying #RussiaHelps for years, an analysis via Meltwater Explore showed that the hashtag gained momentum and registered its peak of mentions on April 1, 2020, the day of the Russian shipment’s arrival in New York. Meltwater Explore registered only 370 mentions of the #RussiaHelps hashtag on March 23, when Russia sent medical personnel and equipment to Italy; on the day of the New York shipment, the hashtag surpassed 8,200 mentions.

An analysis via Hoaxy showed that the main amplifiers of the hashtag were the official Twitter accounts of Russia’s MFA, Russia’s Mission in the United Nations, and Sputnik Serbia. Two other main amplifiers on Twitter were the accounts @ecorepublicano and @TrumpsGAGirl.

These accounts were not related to the official Russian accounts. @ecorepublicano belonged to Spanish conservative analytical portal Eco Republicano. The second amplifier, @TrumpsGAGirl, demonstrated signs of bot-like behavior, including a degree of anonymity (no clear name and surname, vague bio line and profile photo), amplification (it mainly retweeted other users) and hyperactivity (an average of 187 tweets per day). The Atlantic Council’s Digital Forensics Lab considers over 144 tweets per day highly suspicious.

Exploiting the shipment as a sign of diminishing US power

Pro-Kremlin actors also interpreted the United States’ acceptance of Russian medical supplies as a sign that the US was struggling to handle the Covid-19 crisis on its own. The head of Russia Today, Margarita Simonyan, wrote on Telegram that the United States, an immense financial and industrial power, had its doctors working in garbage bags instead of personal protective equipment. Pro-Kremlin outlet Vzglyad claimed that the current situation in the US is reminiscent of the plot of a horror movie and “a direct consequence of the carelessness of the American authorities.” The article further argued that the “excellent” American healthcare system turned out to be powerless in the face of the pandemic, making Russia’s support even more valuable. Rossiya 1 dubbed Russian supplies “rescue cargo.”

Russkaya Pravda wrote that Europe and the United States had no other choice but to turn to Russia. Rubaltic.ru conveyed a similar message, arguing that the United States, the world’s hegemon, has been forced to ask for humanitarian aid from its two primary geopolitical opponents: China and Russia. By asking help from Russia, Donald Trump betrayed the Baltic countries, where political elites are upset with the US-Russia partnership against Covid-19. Franz Klintsevich, a deputy at Russia’s State Duma, asserted that the United States asked Russia for help and “helping and supporting is part of the Russian mentality.”

The ventilators included in Russia’s shipment to the United States were manufactured by Russian Ural Instrument Engineering Plant (UPZ), which belongs to the Concern of Radio-electronic Technologies (KRET), a Russian holding company currently under US sanctions. Similar to KRET, RDIF, which Russia claims paid for half of the cargo, is on a US Treasury sanctions list.

Russia’s decision to involve a company under US sanctions in the shipment may be an attempt to weaken and undermine the sanctions by creating the precedent of an exception. Trump has recently argued that over the last two years, Russia has been asking him to lift sanctions, proving that the Kremlin is actively seeking this objective.

Russia’s willingness to offer support to the United States in the form of medical supplies and equipment has a strategic purpose founded on optics: simultaneously portraying Russia as a benevolent power on the international scene while depicting the United States as in decline and incapable of fighting Covid-19 on its own.

The inconsistent signaling from the United States — namely, the disconnect between President Trump’s characterization of the terms of Russia’s shipment and other US officials’ understanding of it — afforded the Kremlin the opportunity to push its own mischaracterisation of the events as the dominant account.