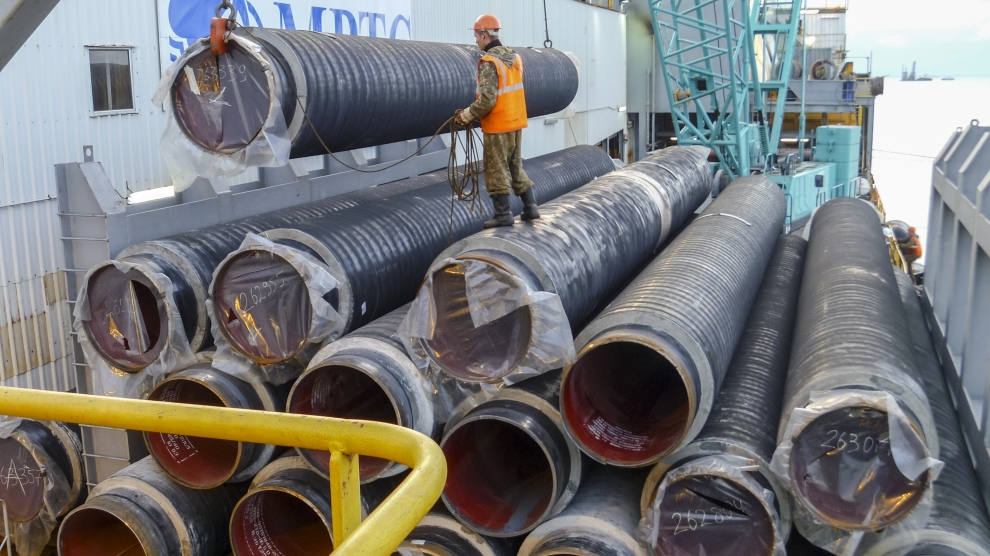 Since December 2019, when US sanctions were imposed on companies involved in the construction of the Nord Stream 2 gas pipeline, the finalisation of the project has been frozen. It has been said that the sanctions added another major reason for cleavage between the EU and US… but did they?

Despite the comments of Heiko Maas, Germany’s foreign minister, who said that the US should not get involved in the EU’s energy policy, the more you head towards the EU eastern borders the more you hear that Nord Stream 2 is primarily a security issue. And given that security is in play (whether we – the EU member states – like it or not), the US – as the lead country of NATO – has a great deal to say.

Anyhow, there is also pressure from Germany’s partner in the EU-tandem – France. At the beginning of 2019, the French president, Emmanuel Macron, expressed his concerns over the project. As result of subsequent negotiations, the exclusive conditions for the pipeline in the EU Gas Directive, advocated by the German government, were limited.

Moscow will not give up trying to implement its strategic goal, which is to finish the Nord Stream 2 project, and the Akademik Cherskiy, a Russian pipe-layer that is supposed to complete Nord Stream 2 pipeline, entered the Baltic Sea last week.

The pipeline is meant to stop transit of the Russian gas through Ukraine, which is – as the management of Russian energy giant Gazprom has suggested many times – one of the main objectives of Moscow’s energy policy. The current contract for gas transit through Ukraine expires in five years. Moscow wants to significantly reduce or eliminate transit through Ukraine after this period, while the Ukrainian transmission network requires the transmission of a minimum of 30–40 billion m3 of gas to remain operational.

A significant reduction in transit volume decreases Russia’s dependence on Ukraine’s gas transit network. It will allow Russia to dictate strict terms of energy supply to Ukraine, as the Ukrainian gas infrastructure is limited and Russia remains its main supplier. Russia will thus gain a strong impact on the Ukrainian budget as is already the case with its oil exports to Belarus. Above all, without sufficient EU and US support for infrastructural gas projects of Ukraine, it is a clear signal of a lack of solidarity with a country suffering from Russia’s ongoing military aggression. This signal may be read by Russia as a silent agreement on further destabilisation of Ukraine.

Poland, known for its explicit “no” to the project since Nord Stream was first proposed, is less and less a part of the game. With its recently built LNG terminal and soon to be built Baltic Pipe (both with major support from the EU), the country will be able to secure alternative gas supplies in case of Russian gas supply interruptions. This will allow Poland to solve its main problem – the monopolistic position of Russia as virtually the only available gas supplier. The ability to buy gas at market-based prices is something Polish consumers have been waiting for for a long time. In this context the primary concern of Poland becomes its eastern (and southern) neighbours and their exposure to a potential gas crisis.

Yet the security issue is no-longer the EU’s only problem with Nord Stream. Germany, in the name of Energiewende, is moving away from coal and nuclear in favour of renewables, but this is possible only with an increased role for gas. This creates a risk of creating a gas-dependent economy (a gas lock-in): not just in the transition period but rather for the long-term, which is a concern, especially in the context of the EU energy transition.

Gas price reductions on the European market pose a serious challenge for Gazprom, which is the main Russian gas exporter. The ongoing decrease in gas prices is probably a long-term phenomenon. It is not only the result of the crisis caused by the Covid-19 pandemic, but also the increase in US production capacity. It is also a result of a more cautious policy from European countries, which prepared themselves for a possible break down of talks about gas transit through Ukraine by increasing their gas storage. The depth of the reduction of gas prices will be visible in the long run, as gas prices usually react to oil price cuts with some delay.

A significant decrease in gas prices makes Gazprom less prone to use gas as a tool for political pressure on EU countries and will force the company to offer more price flexibility.

The EU can use a time of lower gas demand as an opportunity for diversification and ensuring that EU rules are applied to all energy infrastructure. The momentum should be used to make this project subject to the provisions of the amended EU Gas Directive. Also, the Nord Stream 2 project should not be granted EU law exceptions.

The European Commission should fully apply the principle of energy solidarity, taking into account the functioning of the gas market in all member states in its decisions regarding Nord Stream 2.

Aleksander Szpor is the head of energy and climate unit at the Polish Economic Institute.