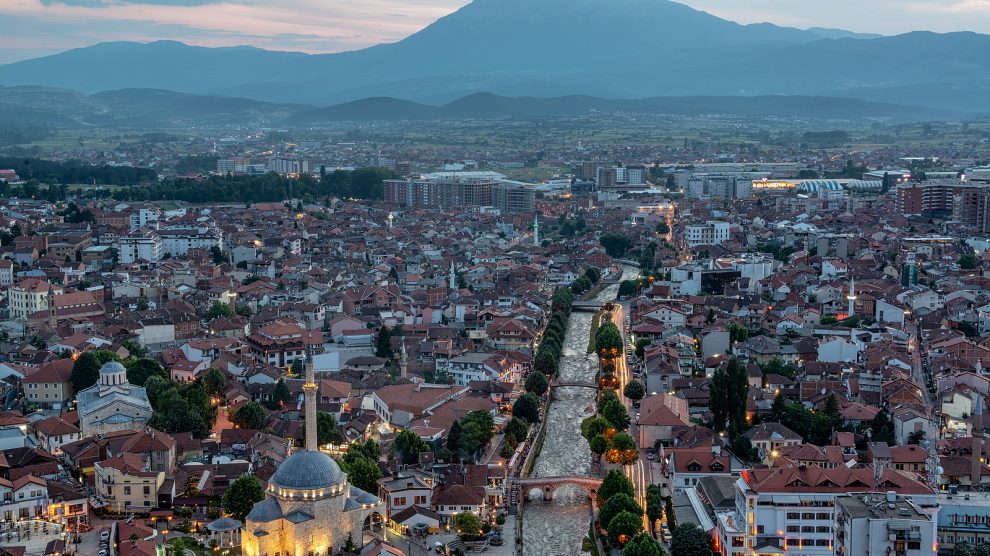 The sooner the Vučić government accepts that Kosovo’s independence is irreversible, the greater the economic, political, and security benefits both Serbia and Kosovo will enjoy within the European Community.

It’s time for Serbia to recognise Kosovo’s independence, not only because it does not have the power and the means by which it can reverse what over 100 countries have recognised, but because Kosovo will make any sacrifice to preserve what it has gained in sweat and blood.

President Aleksandar Vučić should put himself in the shoes of Albanian Kosovars and ask:

Why would they ever surrender their independence and freedom to a country that has systematically discriminated, abused, and treated them as second-class citizens not worthy of equality before the law?

Why would they subjugate themselves to the whims of a country that has waged merciless war and rained havoc and destruction on them from which they have yet to recover?

Why would they forfeit their independence to a country that has committed horrifying war crimes — summarily executing more than 10,000 innocent boys and men, raping over 20,000 girls and women, and inflicting untold pain, agony, and shame on their families — from which they still suffer?

Why would they abandon their independence to a country that still refuses to reveal the burial sites of nearly 2,000 missing men, women, and children; a country that lacks the moral courage to admit to committing war crimes which were blatant and clear for everyone else to see?

Why would a people with a different religion, cultural heritage, history, and language agree to subordinate itself to a country with which it has little—values and aspirations—in common?

These painful feelings toward Serbia and the indelible psychological scars the war left on every Kosovar only deepened their rejection of Belgrade. Neither Vučić nor any of his successors will ever be in a position to mitigate these deep-seated impediments unless Serbia recognises Kosovo’s independence and understands that it cannot change what has become an irreversible reality.

The failure to withdraw recognition

Over the years, successive Serbian governments embarked on a campaign to persuade many countries to withdraw their recognition of Kosovo. This has been a dismal failure.

While Serbia’s Foreign Ministry last March claimed that 18 countries had either fully withdrawn recognition or were redefining their positions on Kosovo, several of those derecognitions are disputed, according to Balkan Insight, and those who did are mostly small African and Pacific states who enjoy little or no sway on the international scene, including Suriname, Burundi, and Papua New Guinea.

Currently, Kosovo is recognised by 115 countries, the latest of which is Israel.

President Vučić knows only too well that there is no military option to force Kosovo to forsake its independence.

Although every Albanian Kosovar will fight to their last breath to deny Serbia such a victory, NATO would immediately step in and conduct an aerial onslaught as it did in the 1998-1999 war, which ended after a 78-day bombing campaign.

The war also ended President Slobodan Milošević’s horrifyingly repressive rule over the then-Yugoslav province. NATO continues to guarantee Kosovo’s national security, and Vučić is not about to test NATO’s commitment.

Kosovo does not depend economically on Serbia and hence no Serbian government can now or at any time in the future exert economic pressure to force Kosovo’s hand.

Kosovo can import any products from other countries, including the EU, Turkey, China, and many others. This being the case, Kosovo can even impose tariffs on goods imported from Serbia, as it has done in the past. Therefore, the lack of Serbian economic leverage allows Kosovo to play hard ball without risking weakening its economy, as we have seen previously.

As a result, Russia’s President Vladimir Putin is seizing the opportunity to lure Serbia into the Russian orbit by selling arms, which of necessity requires Russian military trainers on Serbian soil.

Ironically, though Vučić knows that Serbia’s future growth and prosperity rests with the EU, he is still risking his country’s national interest by refusing to recognise Kosovo’s independence.

Meanwhile he is trapping himself in Putin’s web, who is determined to weaken the EU and prevent Serbia from ever becoming a member state in the alliance.

Vučić should look at himself in the mirror and ask if there is any prospect now or at any time in the future to restore Kosovo as a Serbian province. If he is true to himself, he would know that there is no such prospect. It is time for him to muster the moral courage and demonstrate statesmanship by charting a new path that would advance the causes of both his country as well as Kosovo.

There are several measures Vučić can take before recognising Kosovo to prepare the public to accept the inevitable:

a) End the public narrative that promotes the idea that Kosovo is a Serbian province;

b) Formally terminate the campaign to persuade countries that have recognised Kosovo to withdraw their recognition;

c) Begin a normalisation process with Kosovo in many fields, including trade, cultural exchange, free movement of goods and services, academic exchanges, and religious discussions between Serbian Orthodox priests and imams, among other measures;

d) Cooperate in the search for missing persons to bring closure to the thousands of families who are still agonising over the loss of their loved ones;

Following a period of two to three years of reconciliation, Vučić or his successor should follow the German example and admit to war crimes to allow for a national healing of both peoples. Only then can both sides tackle other conflicting issues, mainly the state of affairs of Serbians living in Kosovo, water distribution, and borders, as long as it is all done in the context of an independent Kosovo that Serbia will come to recognise.

Many will say that regardless of how cogent this argument may be, Serbia will never embrace it. Well, this may well be so for now. But I challenge any Serbian to show me how the dynamic of the conflict will change to advance a new realistic alternative that Kosovo can accept, short of recognition of its independence?

It is time to end this agonising conflict that does nothing but needlessly deepen the schism between the two countries. Instead, they should live, grow, and prosper as good neighbours in peace, allowing the next generation of Serbians and Kosovars to blossom together and leave the ugly chapter of their parents’ experience behind.

Forget the stereotypes: Ukraine is a country of digital innovation
Why the EU should continue looking at Ghana post-Covid
Comment