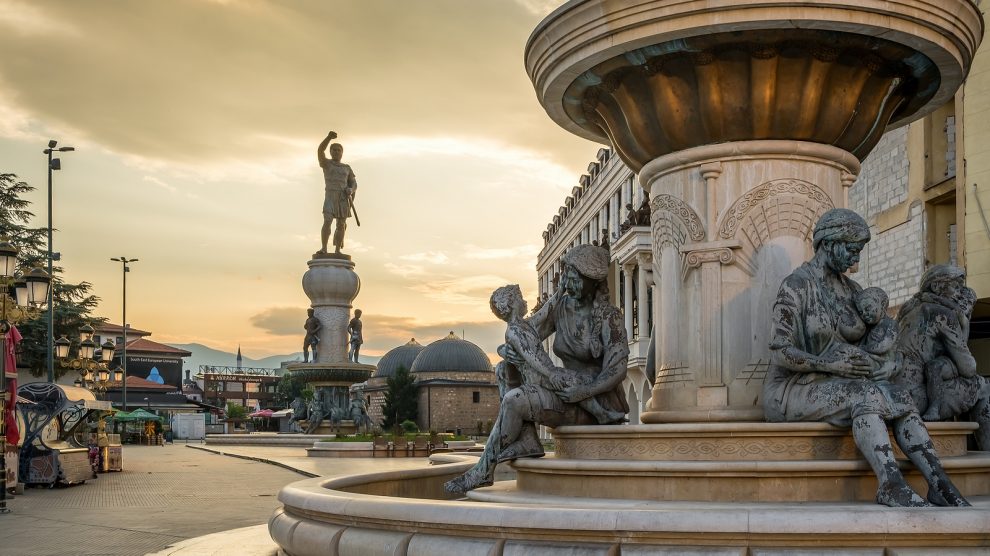 In 1971, the CIA coined the term “Macedonian Syndrome” in reference to Bulgaria’s intense preoccupation with claiming Macedonia as being one and the same as Bulgaria. The campaign has always been prevalent; it gained traction during the communist regime when Bulgaria was a Soviet puppet state. Westerners could never truly understand this strange and unreciprocated obsession with Macedonia.

Successive Bulgarian governments in the past have dreamt of uniting Macedonian lands with Bulgaria – and if a recent protest in Sofia, which displayed posters saying, “Macedonia is Bulgaria” is evidence, this dream is alive and well amongst pockets of the general population.

Thankfully, millions didn’t turn out in the streets like in Greece over 30 years ago with signs “Macedonia is Greek”. In the most recent Bulgarian elections, we witnessed videos by certain political candidates with blatant territorial aspirations for Macedonian lands. Can you imagine this is happening and tolerated in a NATO and European Union member-state?

Bulgarian political elite, historians, and academics claim that Macedonians are nothing but western Bulgarians, and their language a western Bulgarian dialect. If Macedonians and Bulgarians were brothers, why did the Kingdom of Bulgaria sign an agreement with Nazi Germany in August 1941 to occupy Macedonia and exploit Macedonian resources? Why were the Bulgarians not welcomed with open arms by Macedonians, but rather resisted as fascist invaders? Why did the Bulgarian army kill over 25,000 Macedonians if they were brothers? It’s a tragic past, which Bulgaria to this day does not want to come to terms with and apologise for, including the deportation of 98 per cent of the Macedonian Jewish population.

But let’s put history and identity politics on the side for a moment, and let’s discuss being a role model in the region.

Some 30 years ago, on January 15, 1992, Bulgaria became the first country in the world to recognise the independence and sovereignty of Macedonia, setting a domino effect where by 2018 a total of 140 countries followed suit – let that sink in for a moment.

Today, Bulgaria is the number one stumbling block outright vetoing Macedonia’s start to accession talks for EU membership – to what end? In who’s interest? They are not blocking the opening and closing of chapters, or membership – that is probably years away – they are stifling the process from the beginning – why?

The Bulgarian government has often engaged in the familiar practice of distracting its own populace from problems at home by fomenting issues with Macedonia. According to the most recent Eurostat report, Bulgaria’s population declined by 11.5 per cent in the last decade – youth are leaving en masse for better opportunities. Newly elected Prime Minister Kiril Petkov has numerous challenges facing his administration, including the fight against crime and corruption, rule of law, lack of Covid-19 vaccinations, foreign direct investments, and more.

The rhetoric coming from Petkov seems promising on paper, but can he truly do a 180° turn given his coalition partners and the extremist positions of the Bulgarian President Rumen Radev who demand that Macedonia add Bulgarians to its constitution?

Radev is clearly whitewashing the fact that Bulgaria was found to be in violation of the human rights of the Macedonian minority in Bulgaria 16 times – let’s repeat, 16 times – by the European Court of Human Rights. There have been no cases, to date, of Macedonia violating the rights of Bulgarians in Macedonia brought before domestic or foreign courts.

Let’s go back to the “Macedonian Syndrome” problem. It’s promising that Petkov will visit Macedonia on January 18th to mark the 30th anniversary of Bulgaria’s recognition of the country – and we’ll see the outcome.

Hopefully, he will display himself as someone who looks at Macedonian leaders as equal partners who are part of NATO, and not as the likes of former prime minister, Boyko Borissov, who talked down to and insulted Macedonian leaders on numerous occasions, or like the former defence minister, Krasimir Karakachanov, who warned he would send the Bulgarian army into Macedonia if they don’t meet their demands.

Petkov is right to question why there is no direct flight between Skopje and Sofia, or a train between both cities – the only way to travel between the two countries is by car or bus. It’s quicker to fly from Skopje via Istanbul to Sofia than it is to drive from Skopje to Sofia. The countries need to look at ways to build bridges and advance bilateral economic ties, and not look to the past and force upon the Macedonian people a different identity or historical narrative – bullying is not a European principle.

Meto Koloski is the co-founder and president of the United Macedonian Diaspora, based in Washington, D.C., and co-chairs the Southeast Europe Coalition.

Why the EU should continue looking at Ghana post-Covid
Taiwan: A capable partner that deserves a closer relationship with emerging Europe
Comment