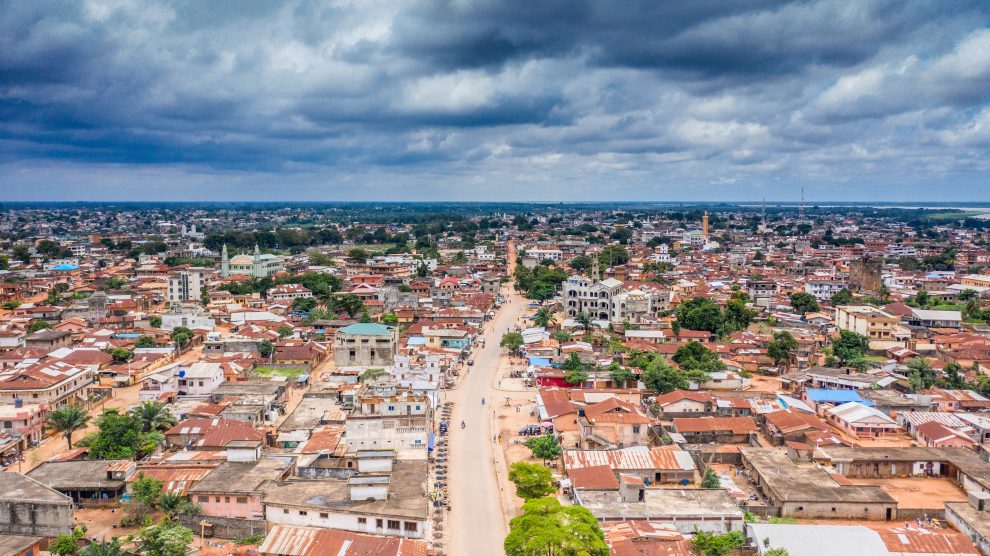 Brussels must use its economic leverage to strengthen political institutions and processes in Benin, , just as it has done in Belarus.

The European Union has recently demonstrated a willingness to take decisive action against repressive regimes which mistreat political opponents, from Belarus’ President Alexander Lukashenko to a string of Lebanese officials undermining democratic processes and the rule of law.

And yet, Europeans may be less aware of a political crisis currently unfolding in West Africa, setting a dangerous precedent for the region: where sanctions from international organisations could make a real difference.

Benin’s presidential elections in April this year were nothing short of a political whirlwind. With less than a 50 per cent voter turnout, Patrice Talon won 86 per cent of the vote for what will be his second term. A far and ironic cry from Mr Talon’s previous campaign promises where he vowed to introduce measures that would limit Benin’s presidents to one term in office.

As part of his attempts to secure the election win, Patrice Talon’s government has repeatedly sought to eliminate any political opponents or dissidents, as demonstrated by the imprisonment of Reckya Madougou, leader of the main opposition party, Les Démocrates, and a presidential candidate.

Ms Madougou, a former minister and Harvard alumni who received a Woman of Courage award from the US Government, has been detained since March 2021, on entirely fabricated charges of terrorism. All she did was announce her intention to run in the election. In prison, she has had no access to the outside world and is only allowed to speak to her mother and lawyers. Four months on from the election, her case – and others – is at risk of being forgotten by the international community.

Once a presidential hopeful, her lawyers have recently launched a procedure with the UN Working Group on arbitrary detention, in the hope that this additional pressure will force the President and his Government – as well as the international community – to reconsider the abhorrent conditions of her imprisonment.

Ms Madougou is not alone. Arrested on April 15, Joel Aivo – another major opposition figure in Benin – was accused of undermining state security. He is due to appear in court in the coming days, following his detainment in the run up to the elections.

Benin was once considered a thriving multi-party democracy, hailed for its peaceful transfers of power and an example to others in the region. Now an autocrat is toying with the opposition for his own benefit, and observers are noting that Benin could act as a negative – rather than a positive – influence on other West African democracies.

Shortly after angry protesters took the streets following Belarus’ stolen elections, the European Union foreign ministers were quick to penalise a series of officials within Lukashenko’s government, including the President himself, all responsible for violence, repression and election fraud.

Benin may be further afield than Belarus, but the EU mustn’t turn a blind eye to Benin’s serious democratic shortcomings and human rights violations, but instead impose economic sanctions as part of its Economic Partnership Agreement (EPA) with West Africa. Indeed, they did not look past the coup d’état in Mali and promptly iterated their firm condemnation of President Bah N’Daw’s forced resignation on May 26.

The European Union must also continue to work with other regional institutions, including ECOWAS and the African Union, to implement sanctions that won’t end up as a shot in the dark. By targeting industries within the economy that are heavily linked to the political leadership – for instance, the cotton industry (Talon is commonly referred to as the “King of Cotton”), the imposition of financial sanctions can hopefully force reconsiderations of the treatment of opposition figures and serve as a cautionary tale to Benin’s neighbours.

Like the EU legal framework for sanctions recently imposed on Lebanon to aid the formation of a government, sanctions against Benin would aim to bolster its democracy, support civil society to hold its government accountable all the while promoting stability. They would put much needed pressure on the authorities to drop its false charges against Ms Madougou.

The EU must be intransigent when it comes to its partners respecting human rights. Freeing members of the opposition wrongfully detained should be the first demand that the EU makes. And more broadly, Brussels must use its economic leverage to strengthen political institutions and processes in Benin and steer the nation back on a path towards democratic success.

Photo by Yanick Folly on Unsplash

Over the course of his diplomatic career, Ambassador Jean De Ruyt served as Belgium’s Permanent Representative to the European Union, to the United Nations, and to NATO. He was also Ambassador to Poland and Italy.