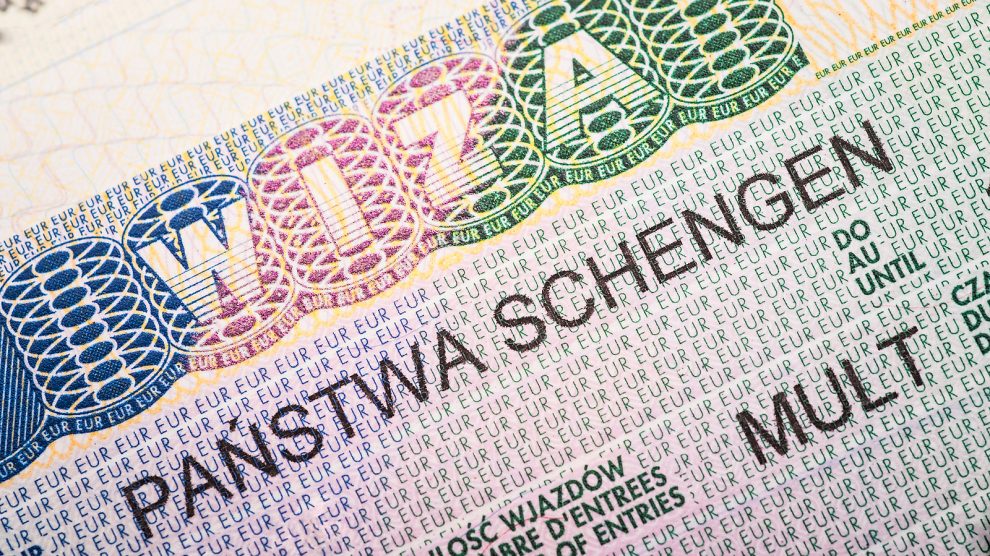 A ban on Russian tourists would turn the tables by engendering an unprecedented exodus of Russian migrants with bruised egos to Central Asia.

Ever since the Soviet Union’s demise, hordes of unskilled guest workers from the five countries of Central Asia (Kazakhstan, Kyrgyzstan, Tajikistan, Turkmenistan, Uzbekistan) have flocked to Russia in pursuit of markedly higher wages and better career prospects than back home.

Throughout Russia, Tajiks, Uzbeks and Kyrgyz, among others, constitute a societal underclass by virtue of the menial labour they take on, coupled with difficulties assimilating. The bulk of Central Asian émigrés are first-time travellers from rural backgrounds who have had no previous exposure to life beyond the confines of a poverty-stricken village. Meanwhile, their distinctive features render them soft targets for ultra-nationalists and police officers.

Language barriers and conflicting religious beliefs collectively serve to prolong the culture shock these individuals are subjected to. Despite the thankless prospect of ever fitting in, they press ahead and put up with the animosity directed towards them.

In what can best be described as poetic justice, Russian nationals who historically looked down on Central Asian migrants are now shunned by much of the outside world barring the Commonwealth of Independent States (CIS).

As such, they can ill-afford to exhibit any kind of superiority complex since it is the aforementioned republics who find themselves in the driver’s seat today.

The patriotic wave sweeping across Ukraine amid the ongoing Russian invasion has somewhat permeated to Eurasia. Many erstwhile constituents of the USSR are pertinently beginning to question why Russian, as opposed to their native tongue, remains the lingua franca. It is worth recalling that Kazakhstan abandoned the Cyrillic script in favour of the Latin alphabet early last year.

The Kazakhs have since essentially turned their backs on Moscow following the beginning of the so-called “special military operation”. Air Astana was among the first airlines to suspend all Russia-bound flights in March while Russian visitors donning “Z” symbols in Almaty and Nursultan have been called out by locals.

Although their neighbours have taken a more dovish stance thus far, it is only a matter of time before “Russia fatigue” kicks in and they follow suit in giving Kremlin apologists the cold shoulder.

One of the main reasons why Russian citizens make a beeline for Central Asia is because they enjoy indefinite leave to remain on the territories of most ex-USSR colonies therein. Not only does this leniency allow for long-term settlement in dirt cheap countries with a shared past but it also spares them the bureaucratic hassle of filing endless paperwork to shift elsewhere. That said, the fact that newcomers are merely using these destinations to flee an unlivable environment does not sit well with the indigenous population.

The implications of Western-led Sanctions

While it might seem like business as usual in Russia’s major metropolises, there is no denying that sanctions are taking a toll on ordinary civilians.

Upon scratching beneath the surface, it is abundantly clear that the West’s well-coordinated response has brought Russia’s already faltering economy to its knees and further cemented the nation’s pariah status.

It is widely believed that energy independence will be the final nail in the coffin, however, an eschewal of Russian gas is a double-edged sword which incidentally inflicts greater harm upon Europe with winter approaching and commodity prices skyrocketing.

A more objective and pragmatic step worth undertaking in the near term is prohibiting all Russians from accessing the Schengen Zone. This would prove the motherlode of all anti-war polemics and the EU’s best bet to pit Russia’s crème de la crème against Vladimir Putin.

For starters, there has long been an infatuation with overseas travel among the middle-class. A ban on travel to the EU, albeit absolutist, is tantamount to the nuclear option for the country’s social media influencers whose livelihoods depend on the ability to galavant the globe.

Posting photos of themselves with some of Europe’s most discernible landmarks in the background is the ultimate status symbol which garners more followers and advertising income.

The oligarchs, on the other hand, will have a tough time finding alternative venues to the South of France and the Italian Riviera which cater seamlessly to their lavish lifestyle. They are already running out of havens to stash away their surplus funds, far from the Russian Federation where anyone’s assets can be seized at a stroke of a presidential decree.

On that note, it is incumbent on EU member states to court welcoming jurisdictions like the UAE and Turkey for sanctions to have their desired outcome. There are ways and means for the Europeans to exert pressure on third countries knowingly harbouring questionable Russians, not least of which is imposing stricter entry requirements on Emiratis and Turks for brazenly abetting Moscow.

It is equally vital for Europe to work closely with the CIS in an endeavour to curtail the outflow of Russian citizens. There is a palpable ill-sentiment on the part of Central Asians vis-á-vis inbound arrivals from Russia, most of whom still have a false sense of entitlement.

With this key geography off-limits, the latter will have no choice but to exact change from within rather than simply fleeing tyrannical rule. According to official statistics, only 30 per cent of Russians are in possession of a passport. Another unintended consequence of waging economic warfare is that Russians abroad who were once typecast as high-flyers with deep pockets will henceforth be perceived as budget-conscious tourists bringing little added value to the countries they frequent.

It is regrettable that both France and Germany do not see eye to eye with Central and Eastern Europe insofar as the enforcement of a tourist visa ban is concerned.

If anything, the entire free world ought to stand up and applaud Lithuania, Latvia and Estonia for swiftly sealing off their borders to all leisure seekers from Russia. The Baltic trio boast a profound familiarity with the Russian psyche and the blowback this decision will incite from those affected. Sceptics who prematurely claim that it is wrong to paint every citizen with the same brush do not have the faintest idea how a dictatorship comes undone.

Admittedly, the likes of Poland, Czechia and Denmark have enacted similar policies against the aggressor. Yet, the reluctance of all members states to harmonise travel restrictions plays right into Russia’s hands.

Any intra-EU discord over foreign policy is cannon fodder for Putin to convince his adherents of the bloc’s shortcomings. Policymakers in Brussels appear to have contented themselves with the airspace closure and suspending the visa facilitation agreement. Needless to say, such legislation is not far-reaching enough to stop the war. Rest assured that those hellbent on making it to Europe will use every trick in the book to do so.

One such loophole which Russians are bound to take full advantage of is the humanitarian path to the European Union. It is nearly impossible to discern actual dissidents from regime loyalists who masquerade as opponents in their visa application. Moreover, it is wishful thinking to assume that those who visit Europe undergo some sort of cultural enrichment conducive to championing democratic reform in Russia. Another contentious issue the ruling elite have failed to address is dual citizenship. Several well-to-do Russians have invested in second passports to buffer themselves against unforeseen events. It is high time Western powers demand transparency from countries who sell travel documents and even consider rooting out this practice altogether.

In the case of Russia, taking aim at the masses may well be the straw which breaks the camel’s back.

An important lesson to be drawn from eight years of sanctions is that the Russian people are prepared to tighten their belts and forego material gains for what they see as the greater good.

But the Putin brand is synonymous with exuding strength and glory to its backers. It is therefore not financial constraints, but rather reputational damage that will impel commoners to second guess their blind support for the current administration and demand civil liberties.

The Baltic states appear to have caught on in appreciating that Russians who are forced to hang their heads in shame and conceal their identity will spell the beginning of the end for strongman politics and by extension, the Ukraine war.