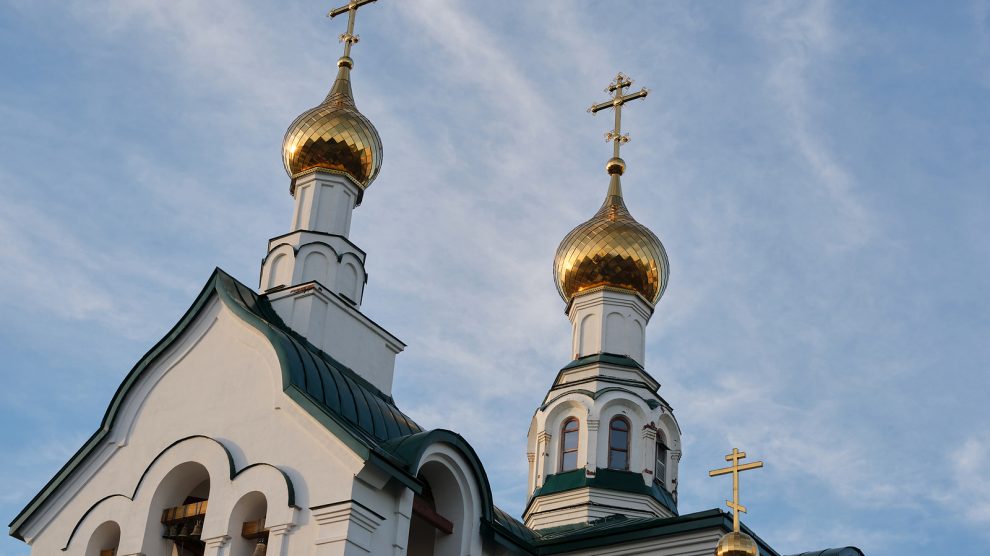 If referring to emerging Europe as ‘Eastern’ Europe reinforces Cold War-era stereotypes irrelevant in the 21st century, is the idea of classifying nations as ‘Slavic’ similarly problematic?

Google the term “Slav” and a map of the world appears showing where “members of any of the peoples of Europe who speak the Slavic languages” reside, mainly in emerging Europe, Russia, and in North America.

Right next to the map however are endless photos inspired by the popular Squatting Slavs in Tracksuits meme based on the Russian gopnik (chav, hillbilly) stereotype.

Is this how we want the majority of emerging European nations to be represented?

Beyond the bad optics, the reality is that the idea of the so-called Slavic nations sharing anything other than a language group with each other is not only questionable, but also often exploited by Russia to its benefit.

The first wholistic political and ideological movement calling for greater unity amongst Slavic speaking nations emerged amongst 19th century Czech and Slovak thinkers, according to Uilleam Blacker, a professor in Comparative East European Culture at the University College London.

“It was inspired by German Romantic nationalist philosophy, was related to broader nationalist liberatory movements and was in essence anti-imperial,” he tells Emerging Europe.

The Prague Slavic Congress of 1848 was the first occasion on which voices from nearly all Slav populations of Europe were heard in one place.

“A pan-Slavic union was supposed to be formed by the voluntary accession of various nations (via their representatives),” Jan Kubik, a professor of political science at Rutgers University, New Jersey, tells Emerging Europe.

“The preferred method of unification was supposed to be congress not conquest. What started in February 2022, in that sense, is antithetical to the pan-Slavism that was debated in 1848, at the first congress in Prague.”

Less widely known, and discussed, is the fact that in the 18th century, Bulgarian scholars had similarly emphasised the country’s ties to other Slavic nations in order to spark the (re)emergence of a national identity.

At the time many Bulgarians, especially the wealthier classes, adopted a Greek identity, while the Greek Orthodox church (to which Bulgarian Orthodox Christians belonged during Ottoman times), actively pursued the Hellenisation of wider Bulgarian society.

“Why are you ashamed of your great history and your great language, and why do you leave it to turn yourselves into Greeks?”, wrote Paisiy Hilendarski in 1762 in his Istoriya Slavyanobulgarska, which emphasised Bulgaria’s place amongst other “Slavic” nations and is regarded as the first work of Bulgarian historiography.

Pan-Slavism and the Russian state

While nations on the outskirts of the Slavic-speaking world might have in those early days utilised a Slavic identity as means of preserving their national identity in the face of imperial threats from elsewhere, for most Slavic speakers it was Russia that presented the most substantial threat to nationhood.

“In Russia pan-Slavism later took on a very different, in fact pro-imperial dimension. It was useful as it provided a justification for imperialist aggression against neighbouring Slavic peoples under the pretence of uniting some sort of family,” argues Blacker.

Even amongst 19th century Czech thinkers, it is hard to say there was a consensus on Slavic unity.

“Russian gentlemen first assure us that we are all Slavs so that they could later say that everything Slavic is Russian and must be subordinated to them,” wrote the Czech poet, critic and politician Karel Havlíček Borovský in the 1850s.

“Pan-Slavism seems to have always had a problem with the answer to the key question: who – that is which of the Slavic nations – should lead the others? The natural answer was Russia, as the biggest Slavic nation, but understandably not everybody was happy with that,” says Kubik.

It is this that makes the notion of Slavic identity contentious in the context of Russia’s violent invasion on Ukraine, an invasion that has the goal of erasing Ukraine’s national identity.

“The attitude to Ukrainians is contradictory: Russian media, intellectuals, politicians present Ukrainians as not really a separate nation, their language as not really a language – they are just a sort of variant of Russians. This is similar to certain skewed understandings of linguistics, culture, identity in Russian pan-Slavic thinking in the 19th century,” says Blacker.

“On the other hand, Ukrainians are presented as a brotherly nation – distinct enough, but a sort of younger brother in a family run by Russia – again, this has roots in Russian nationalist thinking in the 19th century too. Finally, Ukrainians are a demonised as entirely other, an ‘anti-Russia’ – and the differences are so offensive to Russia that they must be annihilated.”

Varied and trustworthy international hubs of knowledge, such as UNESCO or Encyclopaedia Britannica refer to the existence of a Slavic culture and an ethnolinguistic Slavic people’s group.

It is a problematic definition considering that most of what is outlined as being “Slavic” culture more often than not is in some way linked to Orthodox Christianity, which alienates almost all western Slavs and a large percentage of the south Slavs.

Aside from religion, other essential aspects of culture such as national cuisine, traditional clothing, folk music, history, and literary traditions vary widely amongst the different Slavic-speaking nations, more so the further south you go.

While the idea of a Slavic ethnicity is often used to patronisingly explain the inter-ethnic conflicts in the Balkans, it is obvious that speakers of south Slavic languages are ethnically closer to southern Europeans that to eastern or western Slavic-speaking nations.

And while the idea of a pan-Slavic brotherhood is alive and well amongst Russophile Orthodox Christians in the Balkans, it is somewhat ironic that it is perhaps the significant geographic, and thus cultural, distance from the Russian imperial core that has resulted in the Balkans being the only region of emerging Europe that was at no point in time part of the Russian or Soviet empires.

Decades, if not centuries of Russian propaganda have attempted to create the idea of a single Slavic culture and ethnicity. In reality, Slavic is nothing more than a language group.

Armed with techno, Vilnius DJs are taking on the world’s autocrats
Value in the commonplace: Kaunas, George Mačiūnas, and Fluxus
Comment