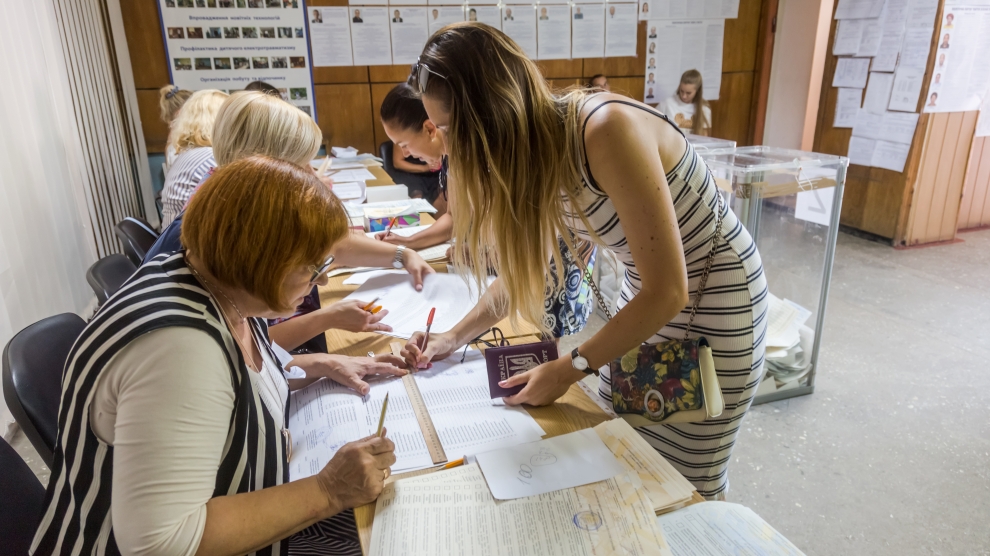 For most, elections mean listening to or watching an election campaign, selecting the candidate on election day and waiting for the results in the evening. When thinking of foreign interference in electoral processes, some imagine spy stories from war films, others picture scenes straight out of The Matrix.

This depends however on your date of birth, or whether you spent your childhood playing with plastic toy soldiers or on Commodore home computers. The truth, as is often the case, lies somewhere in between. Before you put a cross next to a candidate’s name, an entire technical and legal electoral machine has been at work, and electoral manipulations are less spectacular than their Hollywood depictions usually suggest. Which is not to say that such manipulations can be easily prevented.

Recent US Senate investigations into Russia’s interference in the 2016 US presidential election, won by Donald Trump, and recent months of “infodemic” propaganda around Covid-19 should leave no doubt that the matter is serious, urgent, and international — and in need of European involvement.

Ahead of last year’s European Parliament elections, media and civil society organisations warned against outside influence on the outcome. The concerns were credible enough for many EU countries to bolster their cybersecurity measures. French President Emmanuel Macron went so far as to evoke the establishment of a European election security agency while Jean-Claude Juncker, then president of the European Commission, raised the issue in his annual SOTEU (State of the European Union) speech.

It therefore comes as a disappointment that the issue has largely been addressed in the context of fake news or personal data protection. The Commission, otherwise known for producing extensive documents, devoted just a few pages to the topic. Tech giants, on the other hand, admitted that there was a problem. Facebook even opened a (arguably token) ‘situation room’ for the European parliamentary campaign.

But voter disinformation is nothing new – it has been around as long as elections have existed. But reports from electoral integrity monitors leave no doubt that our systems are unprepared for contemporary challenges. They leak like sieves, and lawmaking often fails to keep up with the geopolitics of technology necessary to patch up the holes. According to the US-based IFES organisation, as a consequence of the “Covid infodemic”, state actors like Russia, “will seek to amplify false narratives already circulating among domestic audiences” in democratic processes in the EU.

Yet fake news and its influence on narratives, discourse, and public debate are not the only problem. According to recent figures, over the last decade China and Russia have spent more than 300 million US dollars on interfering in the democratic processes. These countries have transferred funds on over 100 separate occasions across 33 countries to professional spreaders of political disinformation. In the US, for example, special prosecutor Robert Mueller confirmed that the Kremlin had infiltrated the Republican party long before Trump took office through organisations promoting private possession of firearms. According to reports, these financial attacks “have accelerated aggressively from two or three per year before 2014 to 15 to 30 in each year since 2016”. Cryptocurrencies add another layer of obfuscation to these activities.

Undeniably, the nature of contemporary electoral affairs may not fit neatly into the standard division of prerogatives held by the European Commission, the Parliament and the Council. But just because the problem is a complicated one does not mean that we should abandon hope that our local, regional or national elections continue to meet the credibility criterion. In a study to be published shortly, 70 per cent of the election commissions in EU member states say that the integrity of voting is at stake because of misinformation or fake news. Moreover, their own confidence in adequately responding to misinformation is far from being satisfactory.

With these types of threats there is a growing tendency and desire to hyper-control and restrict the victim instead of the source of danger. It’s a convenient answer for the familiar rogues operating in the democratic world. According to The Economist’s Democracy Index, as many as 16 EU member states are considered to be flawed democracies. Although the European Union globally ranks highly against democratic benchmarks, one should not seek consolation in the fact that things are worse elsewhere. Four EU member states have seen a “democratic backslide” since last February, according to the University of Gothenburg’s V-Dem Institute’s investigation of democratic regression during the pandemic. The same goes for Poland, my home country and a major target for some of the Union’s most intense external disinformation. US state elections earlier this year in Georgia and Wisconsin only corroborate this negative global trend.

For radical advocates of maintaining EU members states’ national sovereignty at all costs regardless of threats to democratic processes, this debate is unacceptable from the word go. I have no illusions: this will ultimately play in favour of negligence. But just because the EU has no treaty-enshrined competences in some areas does not mean that it has no competence in them at all.

Since 2000, the European Union has been a key global actor in election observation missions, providing it with a wealth of technical capacity and a methodological toolkit to assess elections for democratic standards. Although observation missions mostly focus on developing countries, the principles underpinning the assessment and the monitoring tools are exactly the same as in more developed countries. The only material difference is the political landscape, illustrating the particular complexity of elections as a political, social and technical undertaking. In the United States the Carter Center, an organisation which had always abstained from getting involved in elections in its own country while observing elections abroad, has changed its position and activities are now in preparation ahead of the US presidential election in November.

But above all, democratic elections must always work in two aspects simultaneously, and a deficiency in one must be compensated in the other.

The first is technical: the procedures, the law, the software, the printing of ballots or civil registry systems and such like. The second is public confidence that even if something fails on the technical front, their vote will nevertheless still be accurately counted. This requires elections free from disinformation, public manipulation, and spin from extremist corners to ensure a level playing field. In the words of the UN Human Rights Committee, the right to free elections and freedom of expression are inalienable.

Finally, electoral disinformation campaigns against EU member states and the Covid-19 pandemic have something in common.

Just like with an illness, you wish to get rid of electoral manipulation while keeping the patient alive. The difference, however, is that in a democratic election the patient must remain conscious and preserve their freedom of expression. It is good that the EU has expertise in such a narrow yet important area as electoral observation. Now it only needs to be channeled inwards. There simply is no more time to reinvent the wheel.

Bartosz Lech is the co-founder of the Polish Green party. A consultant in the field of elections and human rights, he works with the OSCE, the European Union and the Carter Center.