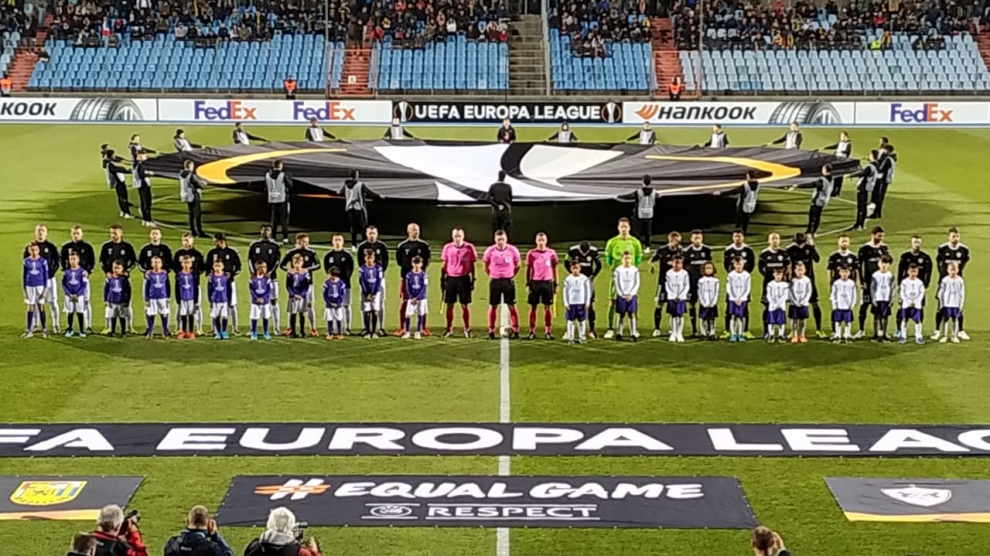 In the US, Monday evenings are synonymous with football, albeit a pigskin-throwing, rumbustious American variant to what the rest of the world identifies as the ‘beautiful game.’ In Europe, however – and particularly in Azerbaijan – the world game (soccer to our American cousins) dominates. Europe’s second-tier pan-continental competition, UEFA’s Europa League, has become an inescapable part of Azerbaijani sporting life on Thursday nights. The competition has helped bind the country to the European family of nations and opened it up to new waves of tourism and visitors, previously unaware of this causeway between west and east.

I am particularly aware of the direct role that football can play in engaging youth in team sports and enhancing their sense of pride from my time as president of Gabala FC. We brought in Arsenal and England legend Tony Adams to manage the club and gave ‘Mr Arsenal’ scope to create the Gabala Football Academy – the largest incubator of young home-grown talent in the country.

Football normally divides towns, communities, even families, in terms of club loyalty. However, European matches in Azerbaijan see the entire nation and expats unite – particularly if the current Azerbaijani Premiership Champions Qarabag FK are playing. The first Azerbaijani team to advance to the group stage of the UEFA Champions League in the 2017–18 season have played a total of 87 games in UEFA competitions, winning 33 and drawing 22. Recently, they were pitted against Spanish side Sevilla, and on October 3 took on European minnows Dudelange of Luxembourg, thrashing them 4–1. This week Qarabag take on the current Cypriot champions Apoel Nicosia, having achieved a 2–1 victory in the ‘away’ leg in August. Being pitted against established European teams will only serve to raise the quality of the Azerbaijani game and hopefully inspire a new generation of budding Messis and Ronaldos.

There is a more serious undertone as to why Azerbaijani fans stand in solidarity with Qarabag FK, however. They are more than just a team. They are a symbol of something far greater. Founded in 1951, the home city for Qarabag FK is Agdam in the Azerbaijani region of Nagorno-Karabakh. The side has an unfortunate nickname – ‘the team that always plays away from home.’ In 1993, at the height of the Armenian–Azerbaijani conflict over Nagorno-Karabakh, forces from neighbouring Armenia ransacked Agdam. The club’s head coach, Allahverdi Bagirov, was blown up by an anti-tank mine. He was a brave patriot who had rescued many Azerbaijani citizens from also falling victim to the Khojaly Massacre in February 1992.

Since the occupation, Qarabag FK have decamped to the national Tofiq Bahramov Stadium, named in honour of the so-called Russian linesman who played a pivotal role in England’s World Cup victory over West Germany in 1966.

The fact that Qarabag FK are, to this day, unable to play at home due to the ongoing Armenian occupation is a festering wound. The legacy of this was plain to see during the recent match against Dudelange. This was interrupted for 20 minutes when Armenian protestors flew a drone into the stadium carrying the flag of the unrecognised ‘Nagorno-Karabakh Republic’. Such provocative acts have no place in sport, and more widely, only serve to further stir up feelings of ill-will between the two nations.

The beginnings of the Armenian-Azerbaijani conflict began over 30 years ago. Despite four UN Security Council resolutions calling for Armenia to withdraw, they have not. Hundreds of thousands of men, women and children remain internally displaced and live as refugees in camps across the country, resulting in Azerbaijan having one of the highest rates of displacement per capita anywhere in the world.

While we cheer on Qarabag FK from the terraces and rejoice in their success, every victory is still tinged with sadness. One day, hopefully soon, the international community will ensure that they are allowed to play at their own stadium, at home, and bring an end to this thorny issue that continues to plague the region.

Tale Heydarov is a leading Azerbaijani businessman, passionate about sport, education and culture. He has helped to promote education and literacy in Azerbaijan, while increasing knowledge of the country’s history and culture abroad.