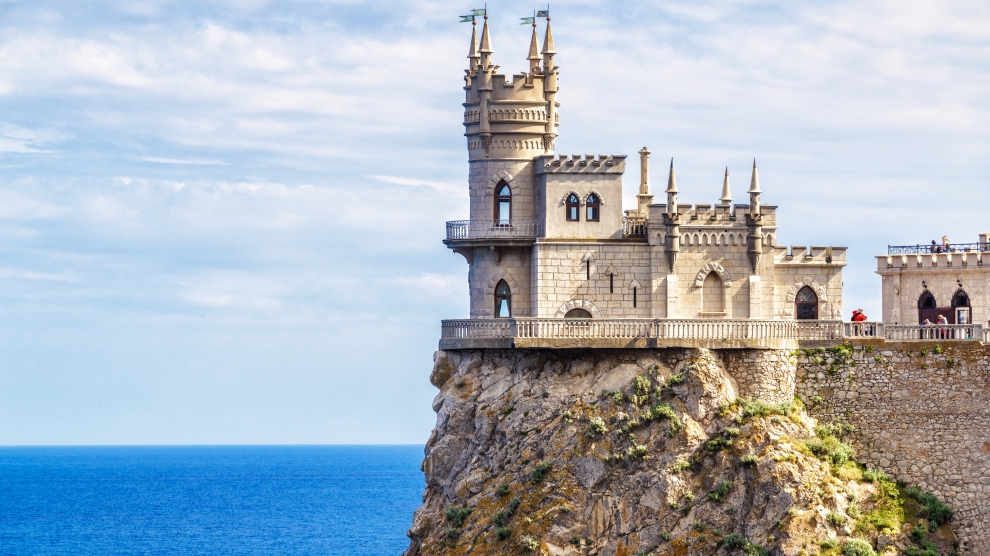 The enormous financial means that West Germany is still transferring to East Germany, 30 years after re-unification, suggest that Moscow’s grab of Crimea in 2014 has been an ill-calculated adventure. Sustaining over a long period of time the highly-subsidised economy of the annexed peninsula will be beyond the capacities of a more and more crisis-ridden Russian state. With deep historical connections between Russians and Crimea lacking, they will be less and less ready to sacrifice scarce financial resources to the remote peninsula during a time when Russia’s own population is suffering economically.

Until a few months ago, Vladimir Putin’s resolute seizure of Crimea, in February-March 2014, looked to be the defining moment of his, so far, four presidencies. It brought momentous change not only to Russia’s foreign relations, and changed European geopolitics to its core. Moscow’s capture of the beautiful peninsula also heavily impacted Russian domestic affairs. It created, with over 70 per cent public support for annexation in Russia and over 80 per cent of measured post-annexation approval on Crimea, a so-called “Crimean Consensus” in society at large. Only in 2019, the high approval rate in public opinion polls, in view of increasing economic hardship, started to sink. Notably, this tendency appeared already before the coronavirus crisis hit Russia in March 2020.

In 2014, however, the annexation appeared to most Russians – across all social layers, professional groups and political camps – as an elegant, quick, smooth, bloodless, and exhilarating operation. It was a stroke of strategic genius deftly undertaken by a daring Kremlin, in a unique historical moment. This was a once-in-a-lifetime chance that Putin took firmly advantage of. To not go and get the gorgeous Black Sea pearl back under Moscow’s control – when it was briefly so easy to do – would have been an unforgivable omission for the Russian nation.

At least that is how not only the Kremlin and its closely controlled mass media present the “re-unification” of Russia and Crimea. This is also how many ordinary Russians – even many otherwise liberal and pro-Western observers – thought until recently about the annexation. This foreseeable effect was probably also the main reason why the Kremlin did it in the first place. Yet Putin’s ominous reference to the 1990 re-unification of Germany in his Crimea annexation speech of March 18, 2014, already indicated the major long-term challenge of his land grab. There will, as his quoted German example illustrates, be further costs for Russia, over the years and decades to come.

To be sure, the two “re-unifications” are very different in their origins, nature, status, and consequences. Neither is Crimea fully comparable to the “German Democratic Republic” nor is Russia today similar to West Germany. There was a plain Russian military aggression on Crimea, the preparation of which had already started on February 20, 2014, when Ukraine’s pro-Russian President Viktor Yanukovych was still in power. In East Germany, in contrast, the local population first rebelled against a Moscow-sponsored dictatorship after which a complicated domestic and international political process finally led to a peaceful reunification on October 3, 1990.

Still, for all the differences, there is, for the Russian people, a clear lesson to be drawn from the German example: the economic and social integration of new territories into an existing state is, as the Germans have learnt during the last 30 years, a rather expensive undertaking. The main question with Russia’s all too uncomplicated acquisition of Crimea in 2014 will thus not be whether Russians want Crimea or not. Rather, the issue is whether the Russian nation is ready to pay the full price for this audacious territorial enlargement of its state, and whether the Russians will still be prepared to do so once the various economic as well as social effects of the pandemic will fully kick in. 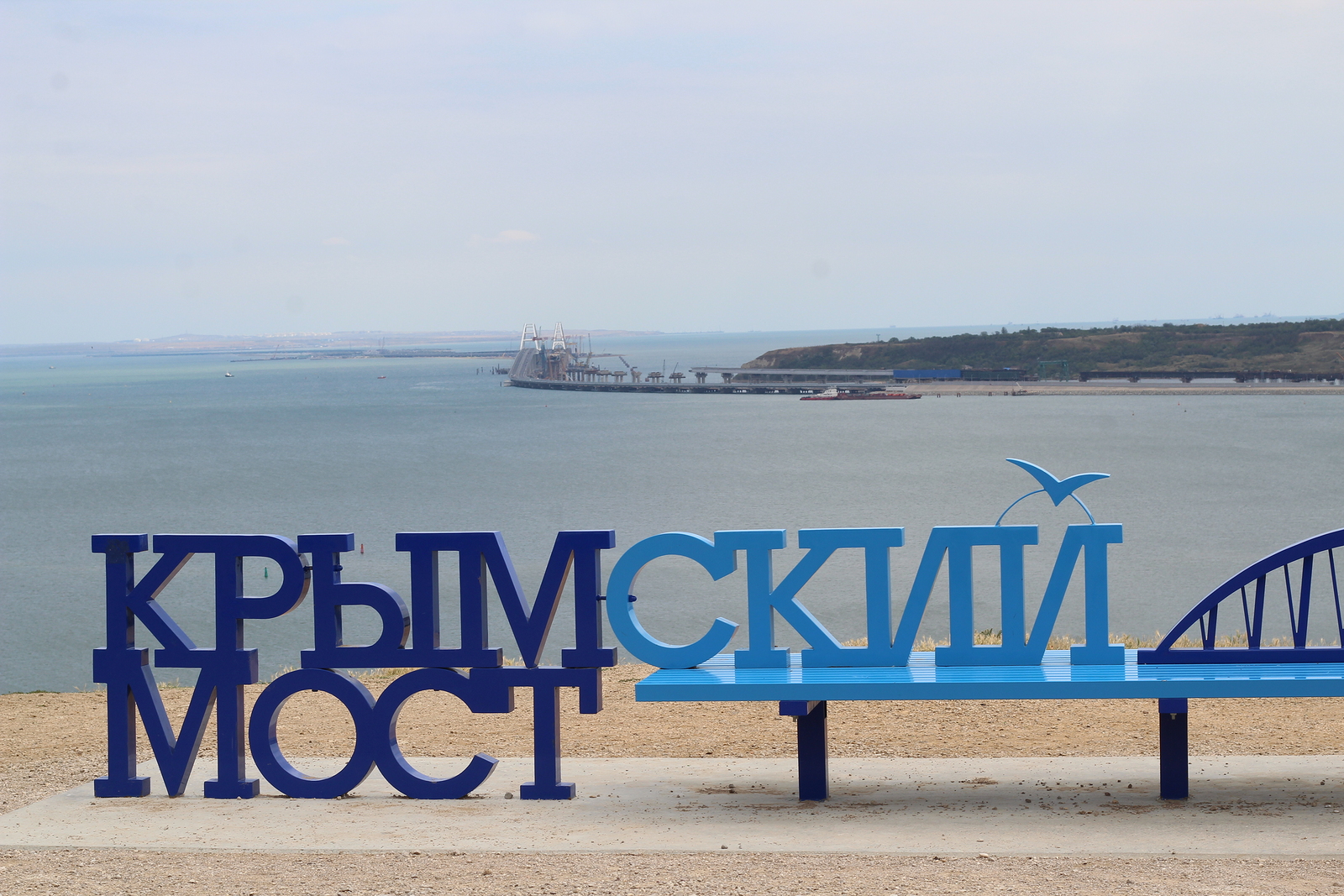 The former East German state’s territory – with such cities as Berlin, Leipzig, Dresden, Magdeburg, Halle or Jena – is flesh of the flesh of Germany. The lands of the former GDR are, in terms of their history and geography, clearly a part of Germany. An unequally large part of the cultural heritage of the German nation – such as its Protestant church, Magdeburg town law, classic and Romantic literatures and so on – were created on the territory of the 1949-1990 Soviet-German satellite state. The crucial biographical phases of such famous Germans as Martin Luther, Johann Wolfgang Goethe, Johann Sebastian Bach, Georg Wilhelm Friedrich Hegel and many others played out in the lands of the post-war East rather than the (much larger) West German republic.

The historically disproportionate cultural weight of East German cities and towns in the formation of the modern all-German nation is one of the reasons why West Germans agreed to transfer approximately 1.6 trillion euros to East Germany between 1990 and 2018. This is also why they are today still ready to pay willy-nilly the so-called Solidaritätszuschlag (solidarity surcharge) which is an additional obligatory salary reduction amounting to 5.5 per cent of their income tax, almost 30 years after re-unification. One wonders whether the Russians will still be prepared for lengthy and costly financial commitments to Crimea, once the grave social repercussions of the coronavirus crisis and its various economic after-effects start biting.

The birth name of Crimea’s internationally best-known Russian son, the famous marine painter Ivan Aivazovskiy, is Hovhannes Aivazian, whose Armenian family moved to Crimea from the former Eastern Polish and today Western Ukrainian region of Galicia. The majority of Crimea’s main indigenous ethnic group, the Crimean Tatars, as well as its main political organs, the executive Mejlis and representative Qurultay, are resolutely anti-Putinist and staunchly pro-Ukrainian.

Unlike Russia and Crimea, Germany’s East and West are geographically unified. Because of, among others, earlier close connections between the FRG and West Berlin, an enclave located within the former GDR, East and West Germany’s infrastructures had already before 1990 been partially integrated. Russia only managed to create a physical link to Crimea in 2018-19 when it gradually completed the so-called “Crimean Bridge” through the Kerch Straits. This conduit, to be sure, constitutes an impressive engineering achievement.

Yet the Kerch bridge is no panacea for the numerous challenges of the Crimean economy and its full integration into the Russian one. Moscow’s generous donations for Crimea’s budget and economy of, until 2019, about 20 billion US dollars, have led to significant economic growth on the peninsula since 2014. At the same time, there has been a sharp drop in Ukrainian mainland and foreign non-Russian tourism and private investment in Crimea. This momentous loss has only partly been compensated for by tourists and private investors from Russia, and will become more acutely felt on Crimea, as Russia’s economy dives into recession or even depression.

There are, moreover, some major infrastructural challenges for Crimea’s new Moscow-installed authorities. The most curious one is the peninsula’s vastly diminished supply of fresh water, after Ukraine closed its North Crimean Canal from the Dnipro river to the abolished Ukrainian Autonomous Republic of Crimea in 2014. Over the last six years, Russia has only done little to address the rising water issue on the peninsula. Above all, there is no larger project to utilise saltwater from the Black Sea. Today, there is such a wide range of technologies for the production of fresh water available that Moscow would be able to overcome the problem of sanctions on Crimea. A number of countries are now undertaking desalination on an industrial scale, including Kuwait, Saudi Arabia and Israel. The main challenge for such projects is usually that of providing sufficient energy for the desalination process – an issue that for Russia as a self-ascribed “energy superpower” should, however, not be salient. Moscow has, nevertheless, not even started to implement some larger project to adequately address Crimea’s water issue although the problems have been accumulating for almost six years now.

No such challenges have been hampering the development of the East German lands since re-unification. On the contrary, international tourism, foreign investment and water quality, among many other aspects of social and economic life, have vastly improved. Nevertheless, the East German economy remains, until today, dependent on significant monthly subsidies from West Germany.

The evolving deep crisis in Russia’s economy as a result of the simultaneous effects of the Covid-19 pandemic, dropping energy prices, and continuing Western sanctions will have far-reaching social and eventually political as well as geopolitical repercussions. To be sure, as long as Putin is in power, Crimea will remain under Russia’s control. However, a sober weighing of future fiscal means of the Russian state, continuing financial needs of an internationally isolated Crimea, remaining basic infrastructural challenges of the peninsula’s economy, and dearth of emotional attachment of Russians to Crimea does not bode well for the continuation of Moscow’s expansionist adventure.

Many self-ascribed realists dismiss Crimea’s return to Ukraine as mere wishful thinking. Yet a realistic assessment of likely future developments within the Russian Federation already foretells that the Kremlin’s daring annexation of the peninsula is only a temporary phenomenon. Ukrainians (not the least Crimeans), Western diplomats, and Russian politicians should brace themselves for yet another major change in the geopolitics of Eastern Europe’s post-Soviet space – once Putin has left the political stage.

Andreas Umland is a senior expert at the Ukrainian Institute for the Future in Kyiv, and researcher with the Swedish Institute of International Affairs in Stockholm.

Emerging Europe matters to the US more than ever
You wouldn’t give away your ethnic identity. So why should Macedonians?
Comment