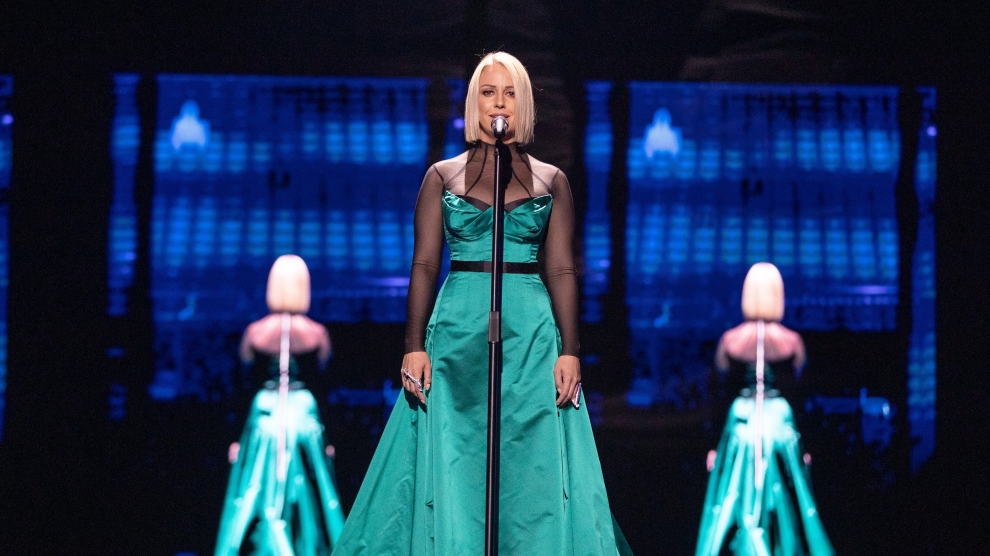 The Eurovision Song Contest was established in 1956 to unite European countries after the devastation of the Second World War. In recent years, it has done exactly the opposite. Will 2019 be any different?

I love the Eurovision Song Contest, this year set to be held in Tel Aviv, Israel. Not the ghastly music of course: the last decent song to come out of Eurovision was ABBA’s Waterloo way back in 1974. No, what I (and, I am fairly certain, many others) tune in for are the results, which since the addition in recent decades of the countries of emerging Europe have become overtly, and often comically, political. They are far more a gauge of national attitudes towards neighbouring countries than they are an objective overview of the continent’s musical tastes.

Romania, for example, will always offer maximum points to Moldova, a country it considers its own. The favour is not always reciprocated: Russia (when it has not decided to boycott the contest) often tops Romania in Moldovan preferences. Romanians rarely vote at all for the Hungarian entry, while Armenia has become accustomed to receiving nul points from Azerbaijan.

“When you look this is not new. States have always used the song contest in their cultural diplomacy,” says Dean Vuletic of the University of Vienna, a historian of contemporary Europe who specialises in Eurovision.

Studies also reveal some less likely alliances: statistically, Bulgaria offers the most points to Turkey – an average of eight – while Bulgaria itself can count on at least eight points per year from Latvia.

Sing a song of freedom

Not that political shenanigans have prevented countries from emerging Europe from doing well; indeed, many have won. The first country in the region to do so since the fall of communism (the former Yugoslavia won in 1989) was Estonia, in 2001, with the instantly forgettable Everybody by 2XL.

“We freed ourselves from the Soviet Empire through song,” then prime minister Mart Laar told crowds after the country’s victory. “Now we will sing our way into Europe,” he added, referring to EU accession talks, ongoing at the time.

Indeed, the contest now undoubtedly means far more in emerging Europe than it does in Western Europe, where a number of countries (not least the UK) appear to be merely going through the motions. Watching Eurovision on UK television is akin to taking a sarcastic journey across the continent. Current presenter Graham Norton has successfully taken on the mantle of the legendary Terry Wogan, preserving the tradition of commentating while knocking back several large glasses of wine. By the time the latter contestants take the stage, Norton’s already flimsy filter has evaporated, leading to acerbic comments such as: “It’s like some children’s television presenters got a bit over-excited at their Christmas party,” in reference to Moldova’s entry last year.

Compare and contrast Norton’s commentary to that of television channels across emerging Europe, where the merits of the various acts are analysed at lengths usually reserved for parliamentary or presidential election debates. There is very little room for sardonic humour. Eurovision – despite the best efforts of the organisers to make it as ridiculous as possible – is far too sacred in these parts to be poked fun at.

While Eurovision has rules that prevent entries from being overtly political, a number of songs have in recent years managed to slip through the net. In 2016, Ukraine’s entry, 1944, was widely interpreted as referring to Joseph Stalin’s deportation of Crimean Tatars — which happened in the same year — and Russia’s more recent annexation of Crimea.

When strangers are coming, they come to your house, they kill you all and say, we’re not guilty, not guilty, sang Jamala, the first ever Crimean Tatar to perform at the annual music contest.

A year later Crimea was again a subject of discord. Russian singer Yulia Samoylova was barred from entering Ukraine (which was hosting the contest) after the Ukrainian security services revealed that Samoylova had toured the disputed region in 2015: Ukraine said this was unacceptable. Russia was offered the option of Samoylova performing via satellite or of selecting a new entrant but decided against both and withdrew from the competition. Instead Samoylova held a concert in Crimea on the day of the 2017 Eurovision Song Contest. This year it is Ukraine’s turn to pull out of the event: Anna Korsun, who goes by the stage name Maruv, was selected to sing the country’s entry at the contest in Israel, but she said Ukraine’s state broadcaster had tried to impose contractual obligations on her, including requiring her not to perform in Russia. She said that would have made her a propagandist for the Kyiv government.

When Azerbaijan hosted the contest in 2012 (following its win in 2011) Armenia decided to stage a boycott and did not attend. This was despite Azerbaijan temporarily amending its visa policy to allow Armenians, who are normally barred from entering the country, to attend the event. In 2016, despite the European Broadcasting Union (which organises the event) allowing only the flags of full UN member states to be displayed at the contest, during the first of that year’s semi-finals, the Armenian representative Iveta Mukuchyan was seen holding the flag of the disputed region of Nagorno-Karabakh, sparking a severe backlash from the Azeri press.

Beyond Maruv’s boycott and the usual rows regarding whether or not it is politically correct to hold cultural events in Israel, this year’s event has so far been relatively free of any political overtones. Perhaps not uncoincidentally, it will also – if the bookmakers are to be believed – be a tough year for emerging Europe: a few entries have fallen by the wayside already. Montenegro, Poland, Hungary and Georgia were all eliminated in the first semi-final, and Romania and Moldova will not get the chance to offer each other maximum points this year. Both countries were eliminated in the second semi-final, as were Armenia, Latvia, Lithuania and Croatia.

So who will win?

The Netherlands entry, Arcade by the not-altogether-Dutch-sounding Duncan Lawrence is the hot favourite, closely followed by Russia’s Scream, performed by Sergey Lazarev. Entries from our region to look out for include Zala Kralj and Gašper Šantl from Slovenia singing Sebi (one of very few entries this year not being sung in English – the song will be performed in Slovenian), but the clever money is on Tamara Tedevski from North Macedonia (pictured above) with Proud: well worth an each-way bet, our sources tell us.

The 2019 Eurovision Song Contest will be screened across the continent on May 18 at 8pm Central European Time (except in Bosnia and Herzegovina, whose state broadcaster BHRT could not afford the rights to the broadcast).

Why did a Hungarian museum self-censor a portrait of Viktor Orbán?
Postcard from Poznań (with kids)
Comment