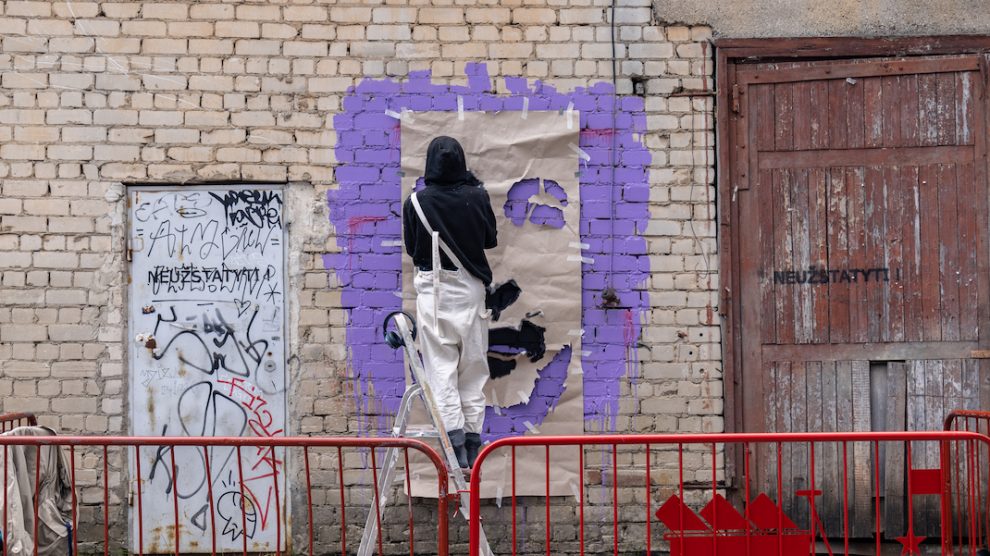 It’s one of the more left field music releases of the year, but Sound of Freedom – an album that samples speeches of autocratic rulers – is a timely stance against propaganda and censorship.

Titled Sound of Freedom, the record mixes soundbites from various autocratic rulers with techno music beats, which have been historically used in protests against undemocratic regimes for years.

Edmundas Pučkorius, the manager of the Antidote project, says that the album is a representation of the community’s belief in the transformative power of culture and, more specifically, electronic music.

Electronic music and raves have been used as a form of resistance and national unity since the very beginning of Russia’s invasion of Ukraine, including clean-up raves to restore devastated spaces and celebrations of the country’s independence day in Vilnius.

“For the first time since 2004, there are more autocratic states than democracies around the world. People ruled by a dictator are gripped within an information trap: propaganda, censorship, and fake narratives,” says Pučkorius.

“In the Sound of Freedom, seven music producers directly resist such dictators by appropriating their words to send a message of hope and freedom — a move that would surely get the record banned in autocracies.”

The album and its cover image were unveiled this week in Vilnius’ Open Gallery — a unique open-air art gallery in the city’s New Town.

Named The Ultimate Dictator, the artwork is a composite portrait generated using AI that combines the faces of 40 dictators.

“We wanted to identify​ the face of evil.​ ​To do that, we ranked countries using data from​ ​a few independent freedom and democracy indexes.​ Forty countries with the worst results were picked.​ ​Then, using an AI visual tool, we morphed these​ dictators’ faces into one to get ​the ultimate dictator, which was used as a basis to create the artwork,” explains Pučkorius.

The artwork was painted by Pijus Čeikauskas, with the portrait emerging from a brick wall, evoking images that feel similar to George Orwell’s “Big Brother” from the dystopian novel 1984.

Unpolished yellow markings cover the image, a reference to how protesters defacing images of autocratic rulers have to act quickly to avoid being caught.

This latest addition to the Open Gallery has been presented as part of Loftas fest’22, a wide array of performances from different musicians and various art installations held in a repurposed factory and industrial zone.

Loftas features the largest display of street art in Vilnius, which is constantly being expanded with new artwork from globally-renowned muralists.

Sound of Freedom can be streamed on Soundcloud or Bandcamp.

The making of a Romanian staple, mămăligă
One nation under Russia? How Moscow exploits pan-Slavism
Comment