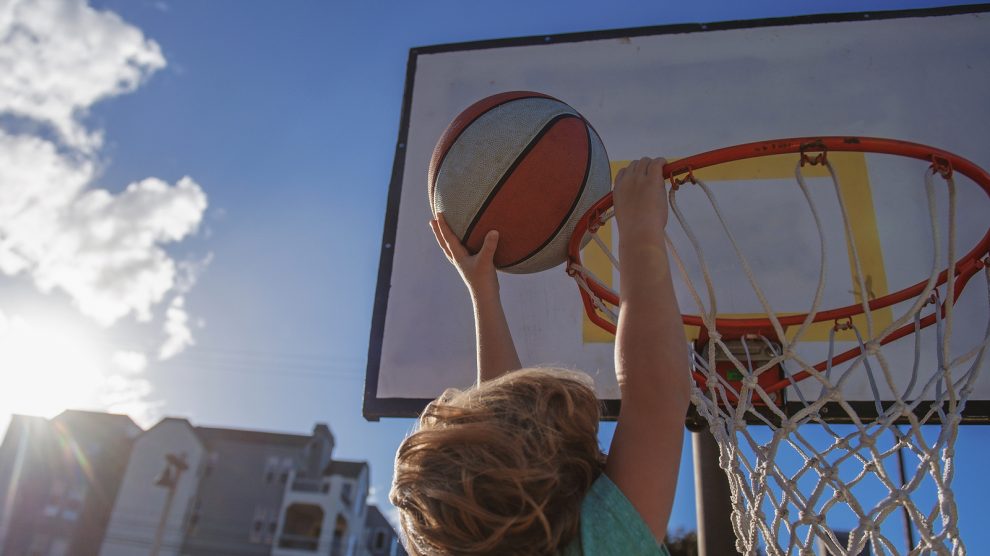 At the Barcelona Olympics of 1992, Lithuania’s basketball team put their newly-independent country on the map.

When it comes to sport, the bulk of world’s attention is currently focused on the controversial and highly political Winter Olympics currently being held in Beijing.

An ecological disaster, with most of the snow sports being held at venues that require vast amounts of environmentally unfriendly artificial snow, the games have been the subject of a diplomatic boycott by many democracies, not the least of which is Lithuania, currently embroiled in a dispute with China over the status of Taiwan.

Indeed, it could be argued that for Lithuania, the big Olympic story of 2022 is not the Beijing games, but the 30th anniversary of one of the most remarkable sporting achievements of our time: the bronze medal won at Barcelona in the 1992 Olympic Games by the country’s basketball team, also known as The Other Dream Team.

The Barcelona Olympics were the first in history in which basketball’s finest professional players – those who ply their trade in the NBA – were allowed to take part. It meant that the United States was able to field a “Dream Team” featuring some of the best basketball players in history: Magic Johnson, Michael Jordan, Larry Bird, Charles Barkley, Scottie Pippen and Karl Malone.

That they won gold was no surprise: it would have been the greatest sporting shock in history had they failed to do so. But Lithuania’s bronze was different: the country, independent of Soviet rule for little more than a year, was broke. Funding sport was not a priority.

As the very good (if far from flawless) documentary The Other Dream Team, made in 2012, explains, it was the US rock band and basketball fanatics the Grateful Dead who in large part made it possible, cutting the Lithuanians “a pretty big cheque and sending us a box of tie-dye t-shirts in Lithuanian colours”.

The film begins in Seoul, at the 1988 Olympic Games, and the basketball semi-final between the US (whose team was then made up of college players, and still a formidable line-up) and the Soviet Union (who were in all but name full-time, if poorly paid, professionals).

Four of the five starters on the Soviet team were Lithuanians. The Americans were beaten, as were Yugoslavia in the final. The Lithuanian-led Soviet team took gold, but as was so often the case, many commentators labelled them simply as “Russians”.

Unsurprisingly, this pissed off the Lithuanian contingent.

“When we were on the Soviet team, everyone thought that we were Russians. We had to explain: ‘we are Lithuanians, not Russians’,” says Arvydas Sabonis, who would go on to have a successful NBA career with the Portland Trailblazers.

Sabonis was first drafted by the Trailblazers in 1986 – a first-round pick – but was not given permission to leave the Soviet Union.

Financial riches would therefore have to wait. Instead, to make ends meet, the players took to bringing home contraband goods from foreign trips, becoming experts in smuggling everything from clothes to desktop computers.

But there were other rewards. The Lithuanians played domestic basketball for Žalgiris Kaunas, and won three Soviet titles in a row from 1985-7, beating CSKA Moscow (sponsored by the Red Army) in the process.

These were seen in Lithuania as a victories over the entire Soviet Union, almost a declaration of independence, says Valdas Adamkus, a former Lithuanian president. “It was a statement that we would no longer accept the Soviet occupation”.

When independence came, in 1990, it had to be defended at first from an economic blockade, and in January 1991 from an attempted coup by Soviet forces which remained stationed in the country: 14 Lithuanians were killed.

Come the Barcelona Olympics of the following year, the Soviet Union no longer existed.

However, except for Lithuania and the other Baltic states of Estonia and Latvia, all former Soviet republics preferred to compete together as the Unified Team, which consisted of present-day Armenia, Azerbaijan, Belarus, Georgia, Kazakhstan, Kyrgyzstan, Moldova, Russia, Tajikistan, Turkmenistan, Ukraine, and Uzbekistan.

And having lost to the US in the semifinals, who would Lithuania have to play for bronze? Yep, the Unified Team.

They won, and a nation celebrated. Lithuania’s players received their medals wearing their tie-dye t-shirts, courtesy of the Grateful Dead.

What perhaps comes across more than anything in the film is that basketball is a way of life in Lithuania.

Kids do not take a football to the park, they take a basketball. This is not the result of the 1992 bronze, for basketball was a national passion long before that: when Lithuania was briefly independent between the first and second world wars, it won two European basketball titles.

What the 1992 bronze instead did was to forge a new link between Lithuanians and the sport. If there is one thing The Other Dream Team teaches us it is that that medal (and the victory against the United Team that brought it about) was as important in defining the newly-independent country’s national identity as any other event of the early 1990s.

Lithuania’s independence was won by hundreds of thousands of brave people on the streets of Vilnius and other towns and cities across the country, some of whom paid with their lives. But it was confirmed on a basketball court in Barcelona.

In the words of Valdemaras Chomičius, the team’s captain, “we no longer had to explain that we were Lithuanian. Now, people knew who we were.”