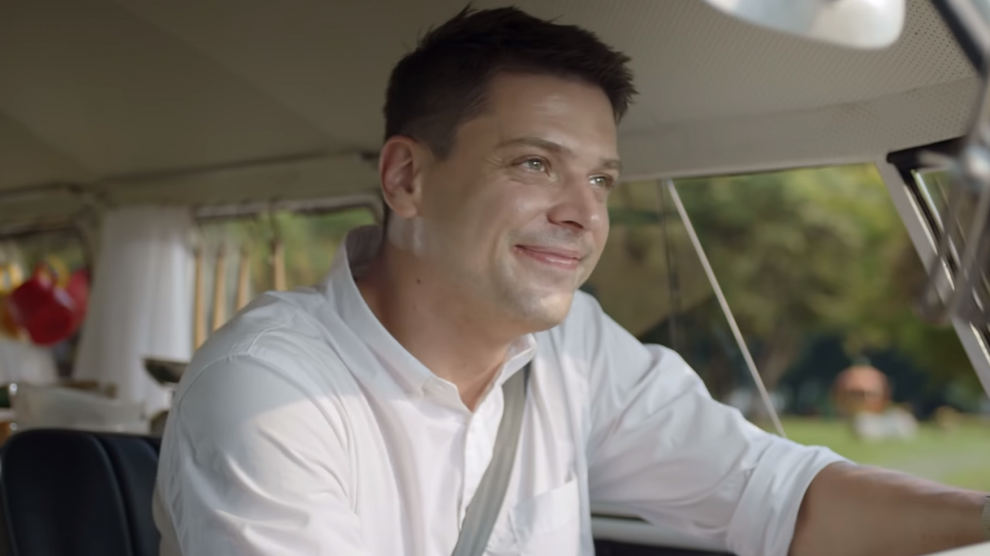 Trade and investment between emerging Europe and South Korea is booming. Cultural exchanges less so. However, one Polish-Bulgarian chef who rose to stardom in South Korea has been working to change that through the power of food.

It’s unlikely that you’ve heard of the Polish-Bulgarian chef Mikhal Ashminov, but South Koreans certainly have.

Ashminov, usually referred to simply as Chef Mikhal on the South Korean reality shows on which he is frequently featured, was born in Sofia, Bulgaria to a Polish mother and a Bulgarian father.

He studied culinary arts and hotel management and then began working at the Sofia Sheraton, which at the time was owned by South Korea’s then second-biggest conglomerate, Daewoo Group. In 2002, at the age of just 22, Ashminov was transferred to a similar job at Seoul’s 5-Star Westin Chosun hotel, also owned by Daewoo.

After becoming more familiar with South Korea and its culture, in 2007 Mikhal took the risk of opening his own Eastern European restaurant located in Itaewon, one of Seoul’s most multicultural and trendiest neighbourhoods.

Its success led to the opening of another restaurant, in 2010, in Seoul’s Hannam neighbourhood, home to several European embassies.

“At first, it was a huge struggle to get the restaurant off the ground because Koreans did not know what to expect from our food. The European food they are used to is Italian and French, and most people did not even know where Bulgaria is located,” admits Ashminov.

While Zelen was mainly focused on Bulgarian cuisine, Polish classics were not excluded and its Taste of Poland menu featured classics such as pierogi and bigos.

“When I first opened the restaurant, Koreans were for the most part reluctant to visit our part of Europe, but in recent years I have noticed an increase in travel to the Balkans and Central European countries like Poland, Hungary and Czechia. I have had repeat customers who were inspired to visit Bulgaria by the restaurant. We were always advertising the country,” adds Ashminov.

From kitchen to TV

The success of his restaurants attracted interest from many of the dining-focused TV programmes based in Seoul, and Chef Mikhal soon began landing impressive roles, such as presenting Korean recipes on the Korea Today morning show which runs on the English-language television network Arirang TV.

Since then, Ashminov has left the restaurant business behind altogether in order to focus on his TV career, although he is known to have occasionally helped out at the Czech House restaurant in the seaside town of Gangneung.

Real stardom came after he was made a regular on the popular cooking competition Please Take Care of My Refrigerator, which ran between 2015 and 2019.

During that time, he became a key part of the increasingly popular cooking and dining reality show genre on South Korean TV. He even made a brief appearance as a fictional chef in a 2018 TV series, What’s Wrong with Secretary Kim. In 2016 and 2018 he was the face of Nutella’s Korean marketing campaigns.

South Korean undergraduate student Min Su-ji tells Emerging Europe, “There are not that many Europeans on South Korean TV who have been in the country for so long and understand Koreans so well. I think that is what makes him so interesting.”

“He shows Koreans a very positive image of foreigners and when I see him on TV I get the impression that he is someone who is fully integrated into South Korean society,” she adds.

Indeed, in 2020 Ashminov was one of just 19 residents of the country to receive the Seoul Honorary Citizen Award for “foreigners who love Seoul and contribute to the development of its municipal administration”, presented by the Seoul metropolitan government.

Even though Ashminov is these days seen most often cooking for a TV audience, and Zelen is closed for now, there are still a few restaurants and bars in Seoul offering food and drinks from the emerging Europe region, including the Castle Praha restaurant in the Mapo-gu neighbourhood of Seoul and Sofia Club in Itaewon.

It is even easier to come by a number of diverse Central Asian restaurants in the so-called Mongol Town area of Seoul, located in Dongdaemun-gu, popular with the city’s sizable Central Asian immigrant community and where on a number of streets every other restaurant, café and shop sign (as well as some of the signs instructing drivers to park legally) are written not in the Korean but in the Cyrillic alphabet.

The Bucharest gallery visible only from the top of a tower
Unreliable, uncomfortable legends: The iconic motors of emerging Europe
Comment