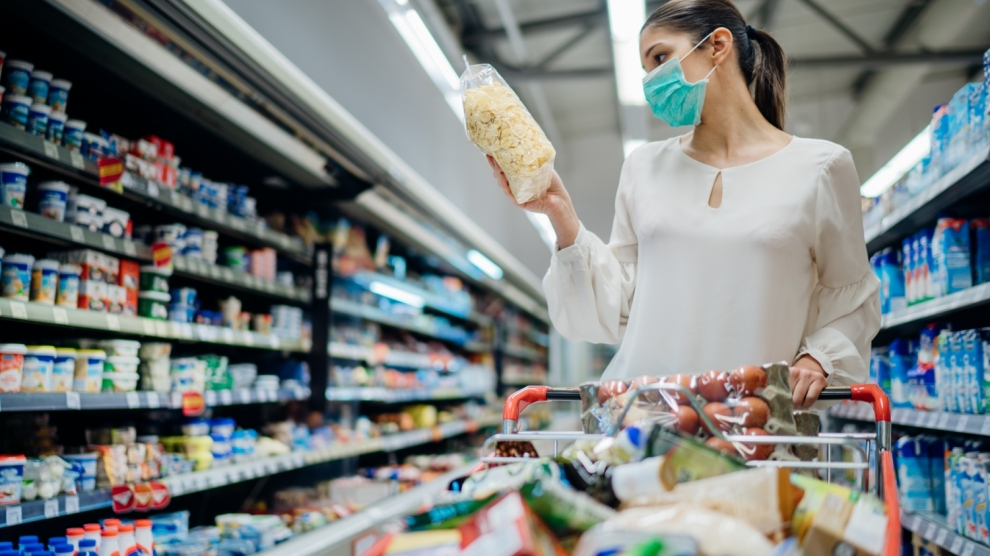 For many people across Europe, a commitment to healthy eating was one of the first things to be jettisoned the moment governments from Tirana to Tallinn announced strict confinement regimes to prevent the spread of Covid-19. Fully aware that long weeks at home awaited them, consumers stocked up on their favourite comfort foods, rarely pausing to take a second glance at the salt or sugar content of their preferred snacks and treats.

At the peak of the crisis, the European Commission had its own understandable lapse in interest towards healthy eating. Its much-heralded Farm to Fork Strategy for Sustainable Food was originally set to be unveiled in March following a public consultancy period. Instead, Farm to Fork had to take a back seat to the fight against Covid-19. With many EU member states now in the process of easing lockdown restrictions however, the Commission insists it will unveil the long-awaited roadmap on May 20th – despite calls from some circles to wait longer.

“We are determined to succeed for the sake of this planet and life on it,” she said, when revealing her strategy. “We do this for Europe’s natural heritage, for biodiversity, for our forests and our seas. By showing the rest of the world how to be sustainable and competitive, we can convince other countries to move with us.”

To promote sustainable food consumption, the Commission will, amongst others, propose actions to help consumers choose healthy and sustainable diets by providing better food information such as on where the food comes from and its nutritional value.

This, however, will require clear, easily understood and uniform front of pack (FOP) labelling, widely lacking in the European Union at the present time, where a variety of systems, including the French Nutri-Score, British Traffic Light, Swedish Keyhole and Italian Nutrinform classifications are all competing for influence. While the Commission’s head of food safety Stella Kyriakides has denied Farm to Fork will impose a single FOP system on the whole of the EU, it is still meant to be “promoting harmonised labelling,” even if it “will not be mandating the type of labelling.”

Why uniform labelling is so crucial

“The adoption of a mandatory and uniform FOP nutrition labelling system in Europe is crucial,” says Patrycja Homa, the executive director of ProVeg International in Poland, a food awareness organisation that emphasises the need to base policy and practical recommendations on sound evidence.

“Customers have to be able to easily find the food suitable for them and to count on the underlying criteria of the respective labels being in accordance with their food choices,” Homa tells Emerging Europe. “The responsibility to analyse the composition and nutritional quality of food products is currently falling on consumers. In the long term, a common European scale of nutrition quality will contribute to improving public health and nutrition, as well as reducing and avoiding the increasing global public health crisis of diet-related diseases.”

At present, France’s Nutri-Score and Italy’s Nutrinform are the two most prominent candidates for an eventual Union-wide single FOP standard, though the two take very different approaches to informing consumers. While the European Commission now admits its Farm to Fork strategy will refrain from mandating the EU-wide application of any one system at this stage, the battle between the two leading competitors, and their backers, is likely to be fierce.

Nutri-Score uses an algorithm to rate food from A to E on a sliding scale, allocating positive points for protein, fruit, and fibre content, and negative points for saturated fats, sugars, and sodium. Dark green and the letter A are attached to products with the best nutritional quality, while dark orange and the letter E are attached to products with the lowest nutritional quality.

Nutri-Score has come in for criticism from a number of corners of the European dietary debate. Critics of excessive meat consumption point out the system’s algorithm may ascribe more positive grades to meat products on account of their protein content. Defenders of southern Europe’s traditional “Mediterranean diet” argue for their part that Nutri-Score penalises many of their countries’ traditional foodstuffs but is particularly problematic in its treatment of olive oil, the most fundamental ingredient of that diet.

As a result, the French public health agency Santé Publique France (which actively promotes Nutri-Score) has been forced to partly adapt the method for calculating the Nutri-Score grades. The amount of rapeseed oil, walnut oil and olive oil in a product are now taken into account, meaning that the Nutri-Score can improve for certain products like olive oil and products that are high in oil (such as hummus).

Nevertheless, concerns over Nutri-Score’s grading of traditional foodstuffs remain. Spain has indicated olive oil will be exempt outright from its implementation of Nutri-Score grading. The official explanation is that Nutri-Score would only apply to products containing more “than one ingredient”, but the Spanish food safety and nutritional agency Aecosan has also admitted it would “adapt it to the Mediterranean diet.” Even France has adapted its version of the Nutri-Score algorithm when it comes to grading some of the country’s best-known cheeses.

Italy’s Nutrinform differs enormously from Nutri-Score, dispensing with subjective ideas of healthy and and unhealthy food, instead limiting itself to communicating the nutrients contained within a product relative to daily recommended values. Its proponents argue this approach is better suited for diets that integrate reasonable levels of consumption from all food groups.

“My personal preference is leaning towards the Italian system. It is more liberal, it provides the information in a transparent manner and leaves the decision of buying with the consumer, while the French system offers a restricted perspective to only the nutritional value of food,” Carmen Botez, executive director of AIPROM, the Romanian Crop Protection Association, tells Emerging Europe. “Also, the Italian system is less adverse to free choice,” she adds, emphasising that this is a personal opinion that does not represent the position of the industry.

According to some backers of Nutri-Score, however, the Italian alternative could minimise the content of fat, salt and added sugar from processed foods and result in something of a health halo effect.

“One of the main goals of food labels is to improve the overall nutritional value of people’s diet,” Raluca Mihalache, a nutrition expert at the University of Eastern Finland’s Institute of Biomedicine tells Emerging Europe. “However, too much nutritional information can lead to confusion and frustration. Most people are interested to read some information on the food packages but not excessively, and Nutri-Score falls in this category. On the other hand, Nutrinform operates with portions, which are decided by the manufacturers and could be challenging even for a more experienced consumer. Portions vary greatly from one individual to another and can be rather misleading since the packages contain more than one portion each. And, when it comes to foods rich in fat, salt and added sugar, people tend to eat more than one serving.”

Research carried out last year by four academics at the University of Udine in Italy suggests that the Mediterranean diet, penalised for its high olive oil content, can lead to better health outcomes for many people. The World Health Organisation has also published its own research which reveals that the Mediterranean and so-called New Nordic diet (which includes more than a smattering of fatty fish), lead to protective effects against cardiovascular diseases and type two diabetes.

“The system should present a scale promoting consumption of healthy foods and discourage unhealthy products,” says ProVeg’s Patrycja Homa. “Presenting the whole spectrum is the only way to educate and enable informed dietary choices. The labelling system should be based on behavioural science and communicate complex nutrition information as simply as possible.”

The opinions of senior industry figures in Central and Eastern Europe – such as Botez and Homa – may well prove crucial to the overall debate. The current north-south divide – with the north apparently favouring Nutri-Score and the south broadly opting for Nutrinform – means that the region could well have a key role to play. Ironically, however, the issue is far from a priority in the region, where it has yet to make the political agenda.

There is also however another factor to be considered in FOP labelling: the environmental impact of our daily dietary decisions. The global food system is responsible for 29 per cent of anthropogenic greenhouse gas emissions, and this should be taken into account when labelling food, argue a number of analysts.

“To protect people’s health, nature and climate, we urgently need to reduce European meat and dairy consumption, but policy makers have been reluctant to accept their role in shaping people’s diets,” Sini Eräjää, agriculture and forest campaigner at Greenpeace’s European Unit tells Emerging Europe. “A focus on labelling systems unfairly puts the burden for changing the whole food and farming system on the consumer – probably doing their shopping tired on the way home after work. They can be part of the solution, but only when governments and the EU actually tackle the root causes: stop bankrolling factory farming and animal feed production, and instead give real support to ecological farmers so they can provide healthy fruits and vegetables at an affordable price.”

Coincidentally, one of the most prominent criticisms of the Nutri-Score system, its potential to promote additional meat consumption among European consumers, stems from concerns such a side effect could undermine moves to reduce greenhouse gas emissions from agriculture – one of the major goals of the Farm to Fork strategy.

“The Farm to Fork strategy should and will place greater emphasis on sustainable development, and so information and education on the environmental impact of food should be included,” says Patrycja Homa. “Adopting a scale of environmental assessment on food products packaging could be one way of doing this. At the same time, the EU should stop promoting unsustainable food products, in favour of greater spending on more sustainable plant-based food.”