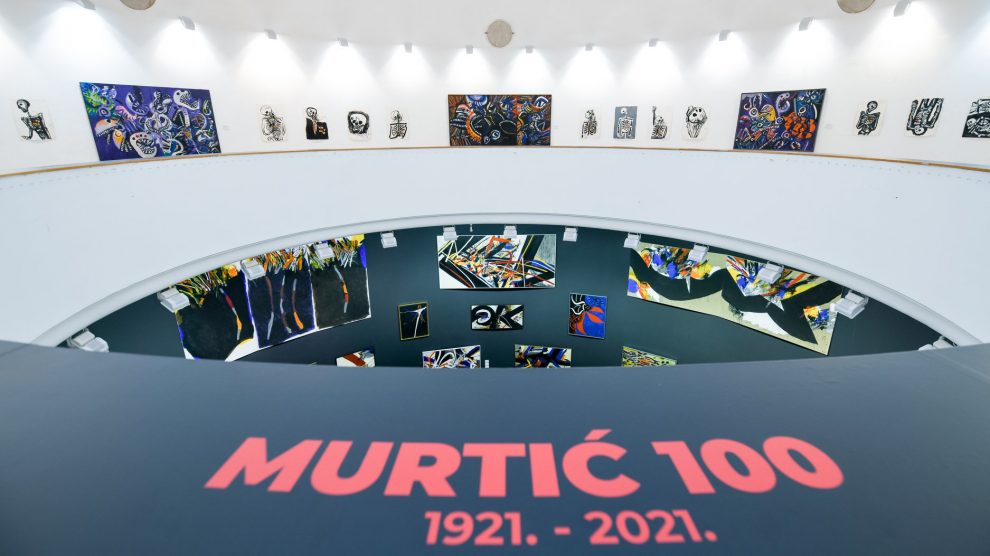 This year marks the centenary of the birth of one of Croatia’s most famous painters — Edo Murtić. Over his long and varied career the artist has influenced generations of painters in Croatia and the wider region.

Born in the city of Velika Pisarnica in 1921, Edo Murtić is best known for his work in the lyrical abstraction and abstract expressionism style.

Murtić showed aptitude for painting early on in life: his first exhibition was held in 1935 at the Royal High School in Zagreb. After completing his high school education, Murtić studied painting under the guidance of well-known Croatian painters Ljubo Babić and Krsto Hegedušić.

In the 1940s, Murtić was heavily influenced by socialist ideas and designed posters, graphics, and books for the anti-fascist movement.

After the war, Murtić would begin exhibiting and travelling extensively. It was through these travels, especially to the United States and Canada, that Murtić’s traditional figurative approach to painting would transform into a unique take on abstract expressionism.

According to the artist’s biography from the Murtić Foundation, there was a political dimension to this shift as well.

After 1953 and the death of Joseph Stalin, the debate in socialist countries around social realism as the only appropriate revolutionary style would became muted, in the USSR as well as in Yugoslavia.

As such, Murtić began abandoning the polemical nature of his earlier work and shifted to then emerging style of abstract expressionism under the influence of such artists as Jackson Pollock and Willem de Kooning. At the same time, Murtić was also inspired by the lyrical abstractionism movement coming out of Paris. During the 1950s, he would experience both of these scenes firsthand.

Nevertheless, Murtić was still under political pressure, like most artists in the socialist world.

“I remember when in the early 1960s I received a major award from the Italian president. This was at a time when Tito had launched into an attack on abstract art in one of his speeches. They even asked me to renounce the prize,” Murtić told a Croatian daily paper in 2004, a year before his death.

The next phase in Murtić’s artistic career began in the 1970s, when his work started appearing in public spaces around Zagreb — the Mirogoj Cemetery, the Vatroslav Lisinski Concert Hall and the Zagrepčanka office building.

By the 1980s, Murtić had been recognised internationally as one of the leading abstract artists to hail from a socialist country.

Later, Murtić began producing artworks in cycles such as the Eyes of Fear inspired by Ivan Goran Kovačić’s anti-war poem The Pit or the Moontaker cycle inspired by the Ancient Roman stone quarry near the Istrian city of Vrsar.

Today, Murtič is hailed as one of the most important artists in the history of Croatian and Yugoslavian art, with frequent retrospective exhibitions at home and abroad.

This year, the Croatian Association of Artists, along with the Murtić Foundation, is organising multimedia exhibits in several locations in Croatia to mark the centenary of his birth.

The Congolese refugees bringing the sound of Africa to Ukraine
Mullo Nurov, the most honest cop in the Soviet Union
Comment