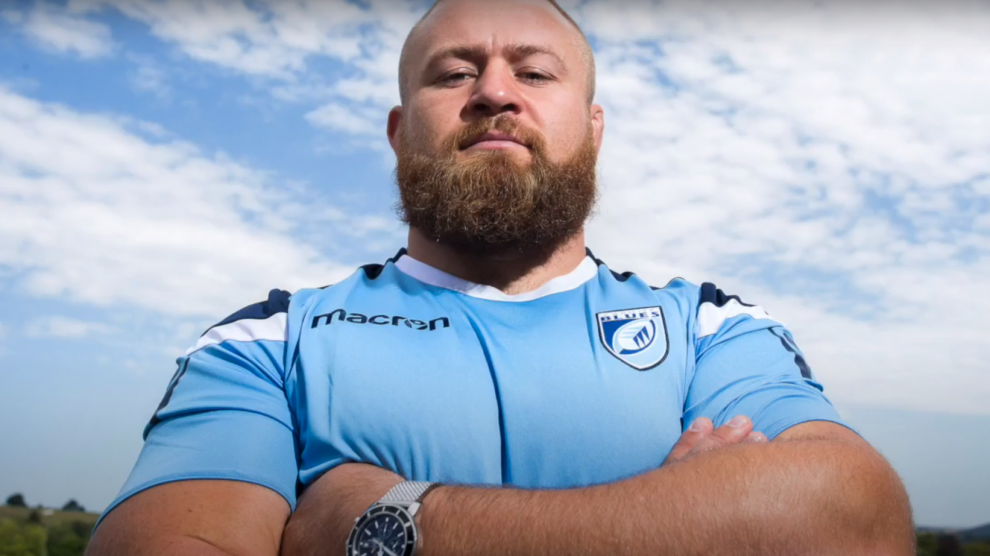 A Moldovan rugby player has been the subject of fierce debate in recent weeks following an incident that left an opponent unconscious.

In Cardiff, he’s known as the Beast from the East. One of the hardest men in one of the world’s hardest sports, Moldovan rugby star Dmitri Arhip has in recent weeks been the subject of fierce debate following an incident on January 21 which left Sione Kalamafoni, a Tongan, unconscious.

The incident in question occurred 51 minutes into a match between Arhip’s Cardiff Blues and the Llanelli Scarlets in the Pro14, an annual rugby union competition involving sides from Wales, Scotland, Ireland and Italy.

As Arhip, a tight-head prop, was carrying the ball into contact, his elbow collided with Kalamafoni, leaving the Tongan international laid out on the ground. After receiving lengthy treatment, Kalamafoni was eventually able to leave the field, but was unable to play on.

Arhip went unpunished by the referee, Adam Jones, and The Blues won the game 13-10.

The incident has divided opinion in Wales. While some, including Welsh rugby legend Jonathan Davies, now a commentator, has said that Arhip acted legally, putting Kalamafoni’s concussion down to poor tackling technique, others disagree.

David Buttress, the chairman of The Dragons, another Welsh side, asked: “What parents will take their kids to play rugby, when you get knocked clean out with straight elbow to the head? Got to eliminate that from the game.”

The Pro14’s governing body have since sided with Arhip, deciding after carefully reviewing the incident not to take any further action against the Moldovan.

It’s just as well, for Arhip is playing some of the best rugby of his career.

“He had a few injuries last year but has been an important part of the team this season and is certainly popular among supporters,” Dan Pearce, from Cardiff Rugby Life, a blog and podcast dedicated to Cardiff rugby, tells Emerging Europe.

“He’s scrummaging as well as ever and offering plenty around the field. It’s probably the best rugby we have seen from him since he arrived.”

The best-known Moldovan in Wales

Moldova is not the first country that springs to mind when rugby is mentioned. The national team, known as the Haiducii (Outlaws) competes in the fifth tier of European international rugby, along with other rugby minnows such as Denmark, Austria and Finland.

In Arhip, however, the country can boast a true star.

Born in 1988 in Camenca, a small town on the left bank of the river Nistru, Arhip began his rugby career in Romania, at Dinamo Bucharest. Further spells as an amateur in Russia and with Bridgend Ravens in Wales followed before he was spotted by Swansea-based Ospreys in 2012, one of the four professional clubs in the country.

He spent five seasons at Ospreys, and made almost 100 appearances for the club before joining Cardiff Blues in 2018 after a more lucrative 500,000 euros per year deal with French side Montpellier collapsed.

Last year, he signed a long-term deal that will likely keep him in Cardiff until the end of his career.

“My family are very happy in Wales, my kids go to a Welsh school and this is very much home for us,” said Arhip at the time.

“This is an ambitious team. We’re building a good squad with both experienced and young players coming through. It’s a team where I believe we can really compete and push on to win something. There is also a lot of competition at tight-head, which makes sure everyone is constantly pushing each other and improving.”

That’s not, alas, the case at international level. Moldovan rugby has been hit by internal strife in recent years, with a number of senior players – including Arhip and Gheorghe Gajion, also once of Ospreys and now playing for Aurillac in France – refusing to turn out for the Haiducii until the mess is sorted out.

Indeed, Arhip has won just 20 caps for Moldova in his 14-year career.

Zlata Bartl, the woman behind the best-loved spice in the Western Balkans
The Lithuanian love of thrift-fashion
Comment