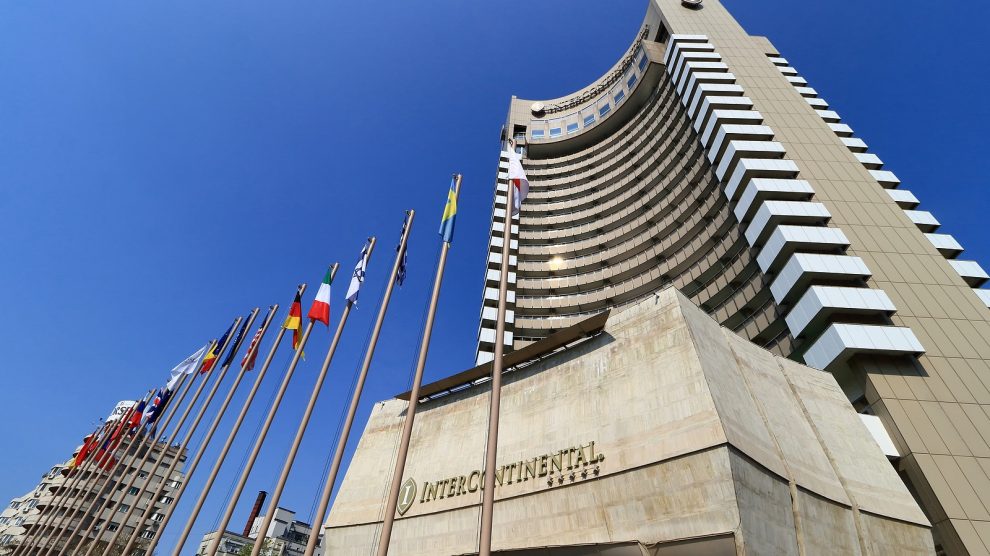 Bucharest’s iconic InterContinental hotel is changing its name, but will remain a landmark of the Romanian capital. In Budapest meanwhile, the historic Gellért hotel is closing its doors for much-needed renovation.

It was Bucharest’s first skyscraper of any real height, and for more than 30 years the tallest building in the Romanian capital. During the Romanian Revolution of December 1989, the hotel was the preferred base of the foreign press.

The pictures they recorded of fighting on the square below were sent all over the world and heralded the end of the Nicolae Ceaușescu regime.

But from January 1, 2022, the Bucharest InterContinental will no longer be an InterContinental hotel, instead becoming the Grand Hotel Bucharest. It will remain open while undergoing renovation, according to its owners – ironically still known as the InterContintental Romania Hotel Company – who plan to spend up to 21 million euros over the next two years on modernisation.

The story of Bucharest’s InterContinental begins in the 1960s, when Cyrus Eaton Jr – representing the Cyrus Eaton Corporation – arrived in the city. There were few luxury hotels in Bucharest in those days and legend has it he ended up sleeping in a hotel lobby after failing to find any suitable accommodation.

Eaton Jr – who had a talent for cutting through red tape – would go on to make something of a career out of opening hotels in socialist countries during the 1970s, including the Sheraton Grand Balkan in Sofia (now known as the Sofia Hotel Balkan).

Construction of the Bucharest InterContinental started in 1968, following the designs of four Romanian architects: Dinu Hariton, Gheorghe Nădrag, Ion Moscu and Romeo Belea; the project also included the building of the National Theatre, itself renovated a decade ago.

“It was the favourable political conditions of the 1960s which made it possible for the InterContinental chain to open a hotel in Romania,” according to Belea, speaking in an interview some years ago to mark the hotel’s 40th birthday.

Romania at the time was enjoying a brief period of liberalisation under Ceaușescu, fêted by western governments for his refusal to join the Warsaw Pact invasion of Czechoslovakia that crushed 1968’s Prague Spring.

The hotel, 86 metres tall and boasting a swimming pool on the 22nd floor, opened in May 1971: its first guests were a group of American tourists were brought to the Romanian capital on the first Pan Am flight to land in Bucharest. 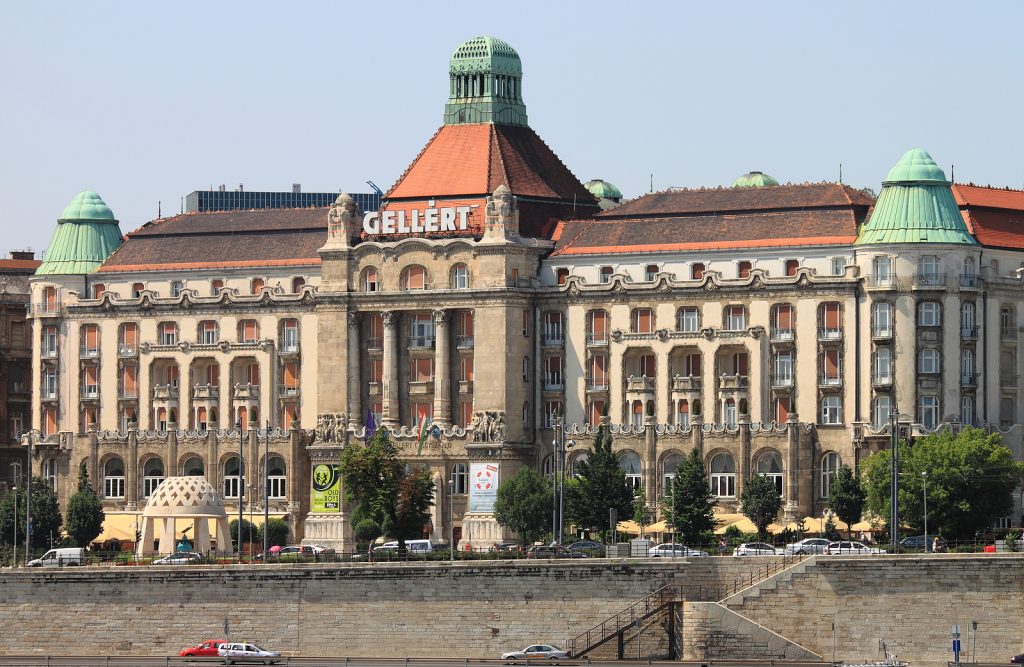 In the Hungarian capital Budapest, the equally iconic and imposing – if not more so – Gellért hotel closed its doors to guests on December 1, although the thermal bath complex at the rear of the hotel continues to operate.

Once the most luxurious hotel in the city, the Gellért had in recent years become a shadow of its former self, as if trapped in a 1970s time warp: its last major renovation had been in 1973.

Construction of the Secessionist and Art Deco masterpiece – designed by Hungarian architects Ármin Hegedűs, Artúr Sebestyén and Izidor Sterk – began in 1912, but with work halted for much of World War I, it did not open until September 1918.

The hotel quickly became the preferred venue of Budapest’s smart set, hosting extravagant balls, royalty and stars of stage and the silver screen throughout the 1920s and 1930s. Badly damaged during World War II, it was not fully reconstructed until 1957.

The hotel was itself a star of the 1981 Oscar-winning film Mephisto, directed by Hungarian István Szabó, as well as the more forgettable 2001 film I Spy, with Eddie Murphy and Owen Wilson.

Fortunately, the Gellért thermal baths, arguably the finest of all the great bath houses in Budapest, complete with an impossibly elegant main swimming pool, will remain open while the hotel is renovated.

What we will miss out on until the hotel reopens are its unique Gellért rolls, made in the on-site patisserie and filled with chocolate cream and rum.