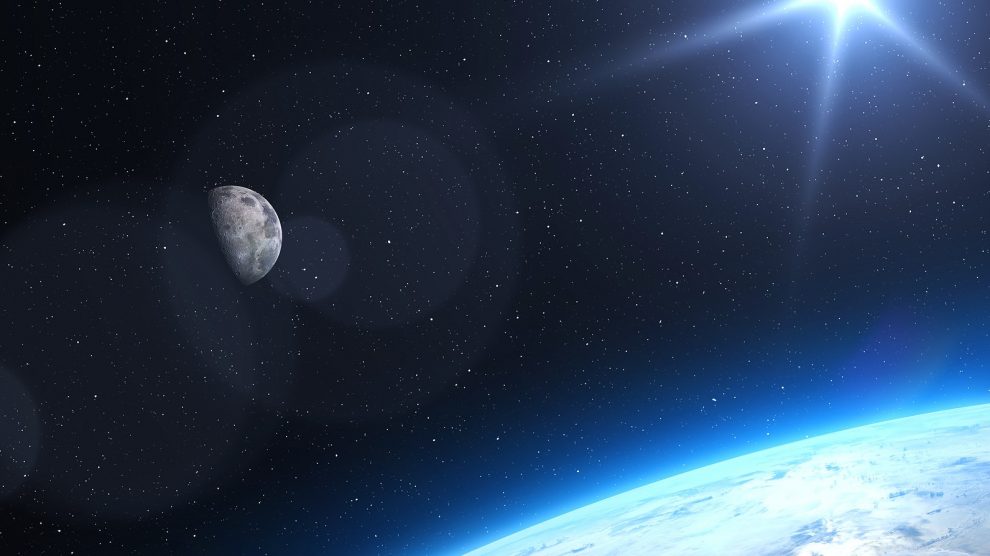 Artistically, the Central and Eastern European region has many feathers in its hat, from famous composers to great works of literature.

Film is another medium that has been blossoming in the CEE countries, and within this a host of excellent science fiction work. For many in the region, during the communist period, science fiction was a liberating way to comment on society, as it was often able to bypass censorship. It’s because of this that sci-fi films from the region tend to be more on the cerebral side, forgoing action and special effects.

Directors instead used the distance imposed by the future and by technology to tackle a wide variety of thought-provoking subjects. Here are five such movies from the 20th century that are well worth the time of anyone with even a passing interest in either the region or science fiction itself.

On the Silver Globe by Polish director Andrzej Żuławski has become a cult hit among sci-fi connoisseurs, and for good reason.

Filmed around the region, from the Baltic seashore to Crimea and also in the Gobi Desert between 1975 and 1977, On the Silver Globe would not see release until 11 years later.

Like a lot of creatives in the communist era, Żuławski had a rocky relationship with the government and left the country in 1972 to avoid censorship. But, after his 1975 film L’important c’est d’aimer achieved critical success, the authorities invited him back to produce a project of his choosing.

Żuławski chose a novel written by his great uncle, Jerzy Żuławski, around 1900 as part of the Lunar Trilogy.

In the film, a group of astronauts leave Earth to colonise space. After their ship crashes on an Earth-like planet, they begin the process of building a new society. Over time, the mission from Earth forms a mythological basis for the new civilisation, who revere the last living astronaut as a sort of demigod.

When a space researcher named Marek receives a video diary sent from the planet to Earth, he journeys in a space ship to be greeted a Messiah fulfilling a prophecy of liberating the inhabitants from indigenous aliens called the Szerns.

It’s a setup meant to explore how religion and ideology work in a society, and for this, the censors thought Żuławski’s far off moon saga hit a bit too close to home. Unfinished, the film was shelved in 1977, but the the reels were, thankfully, preserved by the film’s crew despite an order that they should be destroyed.

Premiering years later at Cannes, On the Sliver Globe quickly captured the imagination of sci-fi fans with its unique style often compared to Alejandro Jodorowski’s The Holy Mountain. Challenging, confusing, but visually sumptuous, the film is a tour de force of symbolism and smart social commentary.

Over time, the film’s cult status grew in the West perhaps because it was unfinished and because it was not available on home media. Instead, bootleg copies circulated, often with parts missing or even without subtitles.

Arkady and Boris Strugatsky’s work would prove extremely fertile grounds for film adaptations. Andrei Tarkovsky’s Stalker based on the Roadside Picnic novella is considered one of the greatest films of all time, and Alexei German’s Hard to be a God (based on the novel of the same name) was hailed as a masterpiece in 2013.

A lesser known adaptation, with the script actually written by the Strugatskys themselves, was made in 1977 by Estonian director Grigori Kromanov of the Dead Mountaineer’s Hotel story.

The defining feature of Kromanov’s film is the mix of science fiction (there are aliens and robots) with the film noir atmosphere of a detective story.

Together they weave a fascinating narrative that keeps the audience on its toes while asking some interesting questions about how Soviet communism and its related nationalism treated those considered “other”.

In an article about the movie, film scholars Eva Näripea and Henriette Cederlöf point to the interesting treatment of gender and sexuality (which is also one of the defining features of film noir). According to them, the film rejects mainstream heteronormativity in a clear parallel of the power relations by which the Soviet authorities combated otherness, whether of ideological or ethnic origin.

Dead Mountaineer’s Hotel remains an interesting movie watching experience that will satisfy those who like their science fiction with a large dose of strong social commentary.

From Polish director Juliusz Machulski comes Sexmission, a comedy sci-fi movie about a world in which men are both outlawed and biologically extinct.

In a society in which women have somehow made it possible to reproduce via parthenogenesis is there room for two time-traveller male scientists? This cult comedy provides the answer.

Max and Albert are the scientists who volunteer to take part in an experiment of suspended animation. It’s supposed to be a groundbreaking experiment in which the duo would awake after three years. Instead, they wake up in 2044, after the world has suffered a a nuclear apocalypse.

What follows next is a classic, raunchy 1980s comedy centered on the evergreen subject of male-female relations.

Not that, in true Polish artistic fashion, there aren’t any digs at the socialist system and cleverly hidden allusions to the issues of the day, back in the twilight years of communism in the 1980s.

For today’s audiences, some of the jokes and scenes might be rather antiquated, and are definitely “of their time”. But you can hardly expect a 1984 film made in Poland to conform to contemporary gender politics.

Instead, Sexmission should be enjoyed for what it is, a camp, 1980s sci-fi romp, with one of the best titles ever conceived.

An early example of the kind of science fiction that would make Star Trek a household name, Ikarie XB-1 is about a group of colonists on a space ship. On their voyage they deal with various issues, from encounters with abandoned alien spacecraft to onboard malfunctions and tensions among the crew.

Sound familiar? Ikarie XB 1 is an early example of various tropes that would become common in sci-fi movies and TV shows. It has also, to an extent, inspired both Kubrick’s 2001: A Space Odyssey and Tarkovsky’s Solaris.

Reportedly, Kubrick watched this Czechoslovakian film over and over while preparing to make 2001.

But, Ikarie XB 1 has more to offer than just a game of spot the influence. It’s a sophisticated film, based on Stanislaw Lem’s The Magellanic Cloud that spends a lot of time trying to get the audience into the headspace of the kind of people that would leave Earth to travel at relativistic speeds to Alpha Centauri. The time dilation is an important aspect of the film, as what will be 28-week trip for the ship’s crew will entail the passage of 15 years back on Earth.

Add in the incredible, and not just for the time, set design and photography with a terrific soundtrack, and Ikarie has all the hallmarks of a sci-fi great.

Going even further back than Ikarie, this 1958 Czechoslovak film is an adaptation of a story from the grandfather of science fiction Jules Verne.

Notable about the film, and part of the reason why it got so much international attention at the time (it was shown in 72 countries, achieving wide acclaim), is a unique visual style that faithfully recreates the Victorian line engravings that accompanied Verne’s work in print.

“The magic of Verne’s novels lies in what we would call the world of the romantically fantastic adventure spirit; a world directly associated with the totally specific which the original illustrators knew how to evoke in the mind of the reader … I came to the conclusion that my Verne film must come not only from the spirit of the literary work, but also from the characteristic style of the original illustrations and must maintain at least the impression of engravings,” Zeman said while explaining the art direction of the film.

It took a lot of work to achieve the effect as the 1950s were a time before computerised special effects. Instead, it was achieved in-camera with the use of rubber paint rollers that added the engraving-like hatching to the scenery and costumes. Additionally, the film was composited with many animation techniques such as cut-outs and stop-motion.

The end result is absolutely gorgeous with the whole movie looking like black and white illustrations come to life.

When the film reached the United States it was showered by critical praise and is considered to this day to be one of the best adaptations of Verne’s work.

As a story of wonder and adventure, the film — like the novels of Jules Verne — remains a timeless classic.

Steaua Bucharest’s 1986 European Cup miracle would be impossible now, but they can at least dream
Chernobyl, 35 years on: What the media got right (and wrong)
Comment