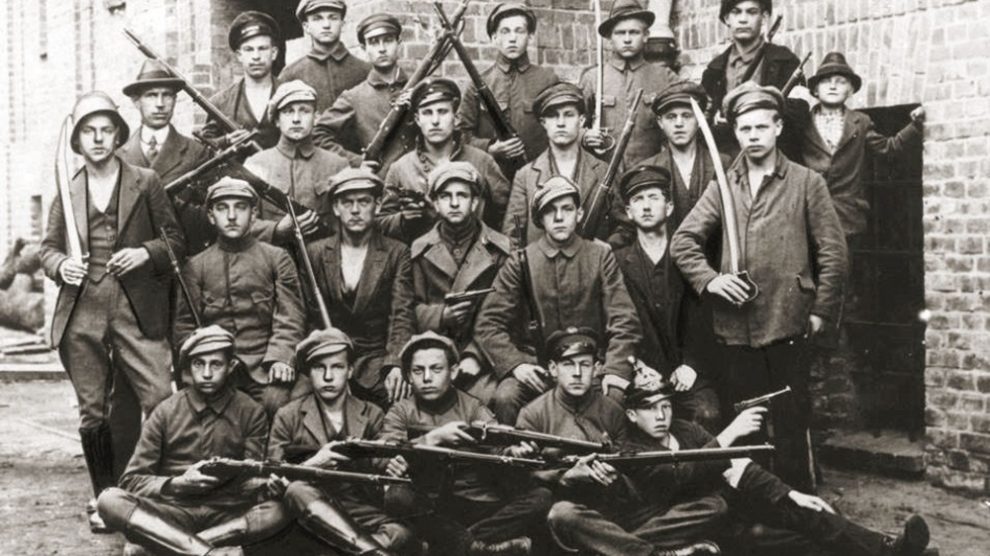 Plans for a monument commemorating the 1921 Silesian Uprisings have led to a dispute in Opole, a city in southwest Poland.

The Silesian Uprisings were a series of three insurrections by Poles to make the region of Silesia, now in southwestern Poland but then a German province, a part of the fledgling Polish state.

The insurrections were historically significant in the post-World War I context. Germany had been economically hit by the war and the terms of the Treaty of Versailles in 1919.

Silesia was a key region in the production of coal and iron needed to pay Allies reparations. Upper Silesia had – and still has – a lot of heavy industry, mainly mines, iron and steel mills.

Its mines were responsible for almost a quarter of Germany’s annual output of coal, 81 per cent of its zinc and 34 per cent of its lead before World War I. After the 1919 Treaty of Versailles, the German government claimed that, without Upper Silesia, it would not be able to meet its obligations with regard to reparations to the Allies.

The primary problem was the the “Industrial Triangle” east of the Oder river, demarcated by the cities of Beuthen (Bytom), Gleiwitz (Gliwice) and Kattowitz (Katowice), all mostly inhabited by ethnic Germans.

Poland, meanwhile, was reconstructing after 120 years of partitions and also eyed the region, which it saw as historically Polish.

After the war, the area was divided between the two countries. The area in Upper Silesia east of the Oder was dominated by Poles, speaking a dialect of Polish. German Upper Silesians were almost all Protestant and tended to be of a higher social class, while Polish Silesians were invariably Roman Catholic and working class.

The Treaty of Versailles ordered a plebiscite to be held in Upper Silesia to determine whether the territory should be a part of Germany or Poland.

Believing the vote to be rigged, Polish separatists fought German police and paramilitary forces. Some German Army veterans joined the Freikorps, while the uprising also led to the strengthening of the Polish Military Organisation (POW) – founded in August 1914 and a predecessor of Polish intelligence.

The Third Silesian Uprising was the last, largest and longest of the three. It broke out on the night of May 2–3, 1921, and was sparked by reports of plans to grant most of the industrialised part of Upper Silesia to the Germans. It also followed a general strike covering 97 per cent of the region’s industrial plants.

The insurgents were led by Wojciech Korfanty, who ad previously served as a member of the German Reichstag and the Prussian Landtag.

On July 5, 1921, after having negotiated for several days, the parties to the conflict made a truce.

The French generally favoured the insurrection, while in some cases, British and Italian contingents cooperated with Germans. It was not until July 1 that British troops arrived in Upper Silesia and the dispute was turned over to the League of Nations. Poland obtained almost exactly half of the 1,950,000 inhabitants (965,000) of the region. Of 61 coal mines, 49 went to Poland. Out of a total coal output of 31,750,000 tonnes, 24,600,000 tonnes became Polish.

The German minority in Poland currently numbers around 148,000, according to the last census taken 10 years ago, although the actual figure could be larger. According to the 1931 census, 740,000 German speakers lived in Poland (2.3 per cent of the population of Poland).

Poles of German descent include Jan Henryk Dąbrowski, a Polish national hero, Władysław Anders, a general in the Polish Army and prominent member of the Polish government-in-exile in London, and Emil August Fieldorf, a Polish general during both World War I and World War II.

Plans for a monument commemorating the 1921 uprising have led to a dispute in Opole, a city in southwest Poland.

The Social-Cultural Society of Germans in Opole Silesia (TSKN) believes a monument would give the impression that the descendants of those who fought against the uprisings would no longer be welcome.

It has called for a monument to commemorate fighters from both sides.

In response, the mayor of Opole said he only wants to “commemorate the heroes of the Silesian uprisings” who fought for Poland, “and not those who shot at them.”

The new documentary chronicling the gruesome murder of Georgiy Gongadze
Hooky Street, Belgrade: How Only Fools and Horses conquered the Western Balkans
Comment