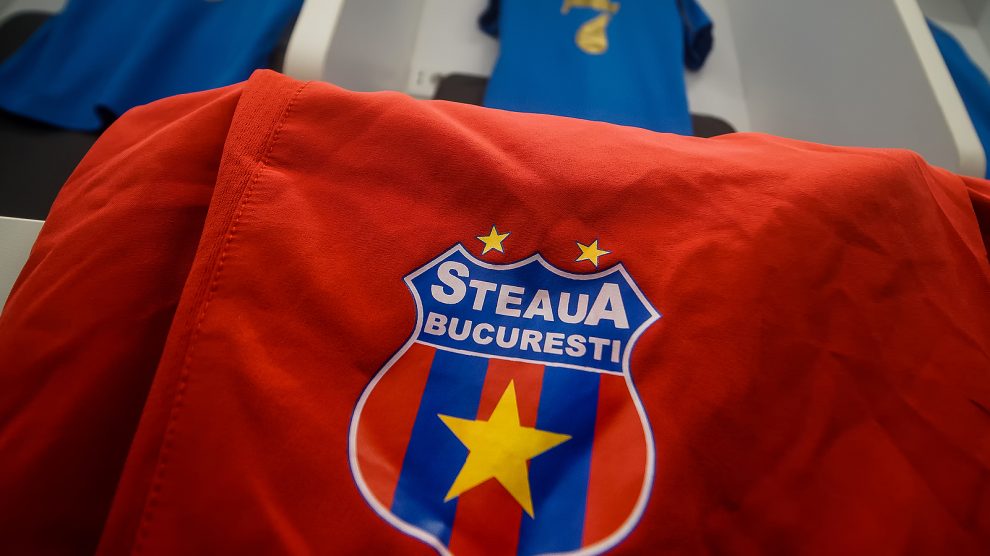 The ill-conceived idea of a European Super League may be dead – for now – but even without it the prospect of a soccer team from Central and Eastern Europe ever again winning the continent’s major trophy is highly unlikely. Fortunately, we will always have Steaua Bucharest – the first team from behind the Iron Curtain to win the European Cup, in 1986.

Romania in 1986 was the most repressive and poorest of all the Eastern European communist dictatorships. That its leading football team, Steaua Bucharest, managed to rise above the deprivations and win that year’s European Cup remains one of soccer’s most enduring miracles.

Indeed, the achievement is perhaps even more remarkable today, 35 years on, not least in the context of the ill-fated European Super League.

Announced – without much fanfare and with little formal idea of how it would actually work – on April 18, it collapsed two days later, before a ball had been kicked, when Chelsea backed out, spooked by the negative reaction of its supporters.

Manchester City quickly followed, and within just a few hours the six English clubs that had signed up for the project had all signaled their intention to withdraw.

The so-called European Super League was a poorly thought-out attempt by 12 of Europe’s biggest clubs – all from Western Europe – to create their own closed shop tournament that would freeze out smaller teams – such as Steaua Bucharest – forever.

That Steaua – or any other team from Central and Eastern Europe – is unlikely to ever again win the European Cup, or the Champions League as it is now known, is besides the point. They can at least dream: football, in Europe at least, prides itself on being a meritocracy, where even the smallest sides have a theoretical chance of making it to the top of the pyramid, albeit a pyramid that has become distorted by the vast riches that finance the continent’s leading clubs.

But was football not always thus?

The biggest clubs have always been able to buy the best players and pay them the highest salaries. Things were no different when Steaua won the European Cup in 1986.

However, there were subtle differences. For a start, there was much less money in the game than there is today, meaning that the difference in financial clout between the richest and the poorest was far less acute.

There were also limits on the number of foreign players that teams could sign. In the case of almost every country in Central and Eastern Europe, a kind of reverse was true: players were in general not allowed to move abroad until they were into their thirties and past their best.

Regardless, Steaua had nothing like the financial muscle of Europe’s leading clubs at the time, of which Barcelona, who they would defeat in the final, were not the least.

But neither should that suggest that Steaua were entirely bereft of resources.

Administratively a unit of the Romanian army, Steaua could sign young players with the promise that their two years of compulsory military service would be spent playing football, not taking part in endless, pointless drills in remote parts of the country.

The possibility of foreign travel was also attractive. The modest hard currency stipends handed to players on their short trips to fulfil international fixtures would be spent on consumer goods almost impossible to find in Romania, such as stereos and video recorders, either as gifts for friends and family or for sale on the black market.

Steaua’s success also needs to be placed in the context of Romanian football during the 1980s, when it held a virtual duopoly with Dinamo Bucharest. Steaua, however, very much played second fiddle to Dinamo – backed the ministry of the interior – in the early part of the decade. When Steaua won the Romanian championship in 1985, it was the club’s first title since 1978.

Dinamo had reached the semi-finals of the European Cup themselves in 1984, losing over two legs to Liverpool, about to win their fourth European Cup in eight years. Had Dinamo not hit the post during the first leg at Anfield however (when the score was 0-0) it might all have been very different.

What is widely regarded to have changed Steaua’s fortunes was the co-opting of Valentin Ceaușescu – dictator Nicolae Ceaușescu’s eldest son – as general manager in 1983.

Ceaușescu’s patronage made Steaua immune to the often-underhand tactics that the interior ministry would regularly employ to bait its rival.

These tactics were not restricted to the appointment of referees friendly to Dinamo. Customs officials at Bucharest’s Otopeni Airport (interior ministry employees) would subject the baggage of Steaua’s players – returning from matches in Western Europe – to stringent checks and confiscate contraband goods. One of Valentin Ceaușescu’s first actions as general manager was to put an end to the practice.

The road to Seville

Steaua’s 1985 title win offered the club a shot at the European Cup. That year’s competition was contested without English teams (who had won seven of the previous nine tournaments) – banned following the Heysel disaster. Barcelona, Juventus – 1985’s winners – and Bayern Munich started as favourites.

In the second round they faced Honved, losing the first leg of the tie 1-0 in Budapest. In the return, however, Steaua scored four and eventually prevailed 4-2 on aggregate.

The quarter-final, against Finland’s Kuusysi Lahti, was expected to be a formality. It was anything but: Steaua were poor in the first game, a goalless draw in Bucharest, and needed an 86th minute winner from striker Victor Pițurcă two weeks later in Helsinki to progress.

In the semi-finals, Anderlecht of Belgium were formidable opponents. The Brussels-based team had beaten Bayern Munich in the previous round and were considered the favourites. A goal from Enzo Scifo won the Belgian team the first leg but were swept aside in Bucharest as Steaua scored three times without reply.

That second leg performance against Anderlecht is widely regarded as Steaua’s finest of the tournament, eclipsing – in style if not substance – the final.

That was played in Seville on May 7, 1986 – in front of a crowd made up almost entirely of Barcelona fans. Just a handful of carefully-vetted Romanians had been allowed to travel (even so, a third of the 50 who made the trip did not return). Back home, Romanians did not know until the last minute if the match would be shown live on television – it was.

A dull goalless draw, the match is often remembered as one the worst finals in the long and distinguished history of the European Cup. However, while that may be so, it was also of its time, when caution and the fear of losing were prevalent throughout European football. Few European Cup finals of that era are memorable for the quality of football on display.

After 120 minutes of negative, tedious soccer, the game was eventually decided by a penalty shoot-out.

The first four spot kicks – two for Barcelona, two for Steaua – were as poor as the game itself, and were saved by the goalkeepers, Helmuth Duckadam of Steaua and Francisco Urruticoechea of Barcelona.

Marius Lăcătuș and Gabriel Balint then scored for Steaua, while Barcelona continued to miss. When Duckadam saved Barcelona’s fourth penalty, taken by Marcos Alonso (whose son of the same name now plays for Chelsea), Steaua had won. Duckadam remains the only goalkeeper in history to save four penalty kicks in a shoot-out.

Hundreds of supporters greeted the team as they landed at Otopeni, and thousands more lined the streets as the team bus made its way into Bucharest – this in a country that was not used to spontaneous gatherings of any size. Indeed, they were banned.

“A revolution could have happened that night,” recalls one supporter, Dan Ionescu, a retired engineer. “But we were too happy to worry about things like that.”

For their efforts, Steaua’s players each received a taxable bonus of 1,500 lei, and permission to jump the queue for an ARO jeep (although not the jeep itself: in those days, a ticket for the front of the queue was more valuable than the vehicle itself).

Still under Valentin Ceaușescu’s patronage, Steaua reached the European Cup final again in 1989, though they were this time soundly thrashed by Arrigo Sacchi’s Milan – still, perhaps, the best football team in history. While Milan’s superiority (they had beaten Real Madrid 5-0 in the semi-final) meant that they would have won anyway, in Champions of Europe, A History of the European Cup (now sadly out of print), that most erudite of football writers Brian Glanville hints at “endless rumours” over what he calls the “passivity” of Steaua’s players that night.

Overly passive or not, that was to be the swansong of Romanian club football in Europe. Following the revolution of December 1989, Romania’s players were free to play abroad, and the domestic game lost its prestige: it has never recovered. Steaua’s run to the semi-finals of the UEFA Cup in 2005 (where they lost to the less-than-mighty Middlesbrough) was something of a mirage.

Steaua these days ply their trade in Romania’s third tier, the result of a long and bitter dispute between the Romanian army and George Becali, a controversial businessman, sometime politician and convicted criminal (he served a prison sentence for corruption).

Becali had been investing in Steaua since the mid-1990s, and eventually succeeded in separating the club from the Romanian army. However, in December 2014, following legal action brought by the army, the Becali-backed club lost its right to use the “Steaua” trademark: it is now known as FCSB. It nevertheless retained its place in the Romanian first division. Ownership of historic titles – including the 1986 European Cup – is still disputed.

Steaua – once again part of the Romanian army’s sports club – began again, at the bottom of the pyramid. The collapse of the European Super League means that they can at least dream of again reaching the very top, however unlikely that may be.