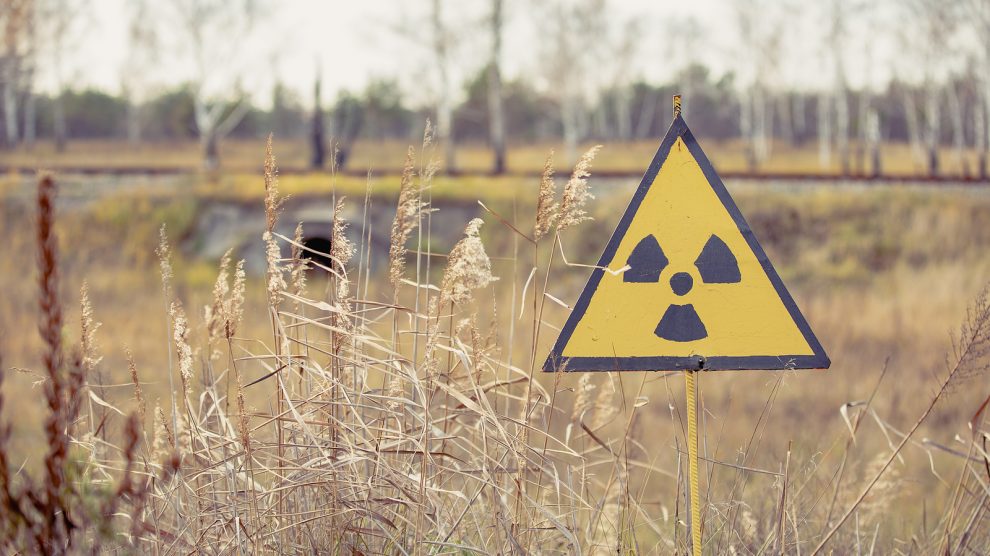 April 26 marks the 35th anniversary of the Chernobyl disaster. We take a look at what the various media depictions of the event get right, what they get wrong, and why it is important for locals to tell their own story.

On April 26, 1986, a reactor at the Chernobyl Nuclear Power Plant exploded following a long-overdue and poorly-designed safety test.

Radioactive material quickly spread across Soviet Ukraine and Belarus, even reaching as far as western Europe. To this day, it is considered the worst nuclear disaster in history, and until the 2011 Fukushima nuclear disaster was the only incident to warrant the highest level of alarm on the International Nuclear Event Scale.

The accident happened at around one in the morning. By the time people were waking up in the nearby town of Pripyat, many had already fallen ill with severe headaches and uncontrollable vomiting and coughing. The population had yet to find out what had happened.

By 11am on April 27, some 36 hours after the accident, evacuation efforts were already underway. Residents were told to only take what was absolutely necessary – they were told that they would be able to return to their homes within days.

By three in the afternoon, 53,000 people had been evacuated to various villages around Kyiv, with another several hundred thousand evacuated over the following days and weeks.

Nobody ever returned to Pripyat, which remains a ghost town to this day.

A 600,000 person-strong army of “liquidators” was mobilised to help with the evacuations and decontamination of affected areas. Soviet officials were tight-lipped about the whole situation: there was no official acknowledgement at all until one and a half days after the evacuations had already begun.

Officially, 31 people died within four months of the incident of causes directly attributable to the accident, including two who died in the initial explosion. Over the next 20 years, another 19 adult and nine child fatalities were recorded, presumably from radiation from Chernobyl.

However, estimates vary: some place the long-term death toll at 16,000 throughout Europe.

The disaster captured – and has kept – the world’s attention unlike any other industrial accident in history. For comparison, less than two years prior to Chernobyl an explosion at a pesticides plant in Bhopal, India, killed 3,787 people – according to official figures. Few remember it.

Perhaps the major reason for Chernobyl retaining its importance  (apart from how it affected Europe and not the Indian subcontinent) is that it crystalised the world’s fear of nuclear Armageddon, fueled by an ideological conflict between two nuclear-armed superpowers.

Chernobyl has also been featured in countless pieces of popular culture ever since the disaster occurred.

Musicians from David Bowie to Kraftwerk and Atlanta rap duo Outkast have all made references to the disaster. In 2007, the video game Call of Duty: Modern Warfare brought Chernobyl to the attention of a generation born after the disaster with a mission that takes place in abandoned Pripyat.

In 2019, HBO released by far the most successful depiction of Chernobyl on screen. A five-episode miniseries, Chernobyl became a worldwide phenomenon. It is currently the highest-rated show on film and TV rankings site IMDB.

HBO’s Chernobyl is a poignant look at how the disaster affected the lives of everyday people. It also captures how incompetence, arrogance and opaque institutions can have catastrophic consequences, with stuffy, Communist party bureaucrats portrayed as the main villains, in contrast to the heroism of ordinary people’s heroism.

However, it often leans on the usual stereotyping almost always present in Hollywood depictions of foreign cultures.

Numerous scenes depict pretty much everyone – the residents of Pripyat, the “liquidators”, party officials, soldiers – drinking copious amounts of vodka, even though the accident happened at the height of Mikhail Gorbachev’s anti-alcohol campaign.

Some scenes make it look like the producers thought Stalin’s terror of the 1930s never ended. And despite admirable attempts at authenticity – cars for example have Kyiv Oblast license plates – a nice touch which shows the producers’ commitment – the show can’t quite shake off the usual Hollywood tropes about this part of the world.

Russia was not impressed

The series received mixed reviews in Ukraine and Russia. While many praised the dramatic power and stark depiction of the worst consequences of nuclear energy, Russian right-wing publications and state media were highly critical. This can partly be explained by the age-old Russian notion that any outsider’s depiction of Russia that isn’t overwhelmingly positive has to be anti-Russian propaganda, the result of a cynical plot to undermine Russian glory.

Surprisingly, even the vice director of the Chernobyl National Museum in Ukraine, Anna Korolevskaya, was critical of Chernobyl, which seems to imply the evacuation and relief efforts were carried out despite the government and not because of it.

“Actually, forty ministries and departments participated in the disaster mitigation…including the government of the Republic of Ukraine. But there is the paradox – this could only have been done by a totalitarian regime. If there were private enterprise in this country, market relations, everything would have unfolded differently, as we can see from the Fukushima accident.”

Despite the inaccuracies, Chernobyl will likely be how most people learn about the accident. As such, any inconsistencies will probably enter into popular canon as fact.

In 2020, a unique Ukrainian art project began gathering quite a lot of buzz on YouTube. The personal project of motion designer Andriy Pryymachenko, it is a series of short videos that, in lieu of narrative, attempt to capture the atmosphere around the accident. Mr Pryymachenko pored over countless declassified archives to find the material for the project.

The videos recreate the 1980s vibe, with rudimentary computer displays and disconcerting electronic sounds. The atmosphere is strongly cyberpunk and reminiscent of the Blade Runner films. The most popular video, titled The scariest phone call of the 20th century recreates the phone conversation between dispatchers and the Chernobyl power plant staff. The attention to detail gives it a strong sense of realism: the voices, for example, are purposely tinny and distorted. There are pauses in the conversation and the two people interrupt and talk over each other, making it all the more authentic.

“I wanted to raise awareness,” says Mr Pryymachenko, “that this thing happened and it was not done by zombies, or monsters. Humans did it – this is the consequences of our actions.”

The videos have accumulated nearly 10 million views. The final video, showing an old-school computer display and punctuated by unnerving electronic sounds, features a female voice ordering, in the flat tone characteristic of bureaucrats, all information about the accident to be classified. Although the voice in this video is that of Mr Pryymachenko’s wife, it is so convincing that you would think it was an authentic recording.

The painstaking attention to detail – it is obvious the creator committed much of his time to the project – makes this one of the most unique depictions of Chernobyl out there. That it was made by a local, a Ukrainian, someone who was personally affected by the disaster, makes it all the more powerful.

“For me as a Ukrainian, the Chernobyl disaster represents something that we will live with for a long long time,” Mr Pryymachenko tells Emerging Europe. “We can’t get away with it. Its in the heart of our country – literally. It is our Ukrainian experience…we need to learn from it, to understand the facts, and not let it happen again…if we forget about our history, we will let the same mistakes happen again.”

Chernobyl plays a big role in the Ukrainian consciousness. The disaster symbolised the decay of the late Soviet Union, and although relief efforts were conducted in a surprisingly effective manner, they were too little came too late. In the end, it was the closed, opaque system which allowed the situation to develop the way it did.

Pripyat has become one of Ukraine’s most famous tourist attractions. Visitors can explore a completely abandoned town, with nature having already reclaimed much of the land that human-made structures had been occupying. Recently, the Ukrainian Minister of Culture Oleksandr Tkachenko outlined intentions to make Pripyat and the Chernobyl plant itself – now safely confined inside a sarcophagus that cost around 1.5 billion euros to construct – a UNESCO World Heritage site.

And it has every right to be: it is a unique place and a somber reminder of how technology, in malicious or merely incompetent hands, can sometimes go catastrophically wrong.

Five classic sci-fi movies from Central and Eastern Europe
But what is it about?
Comment