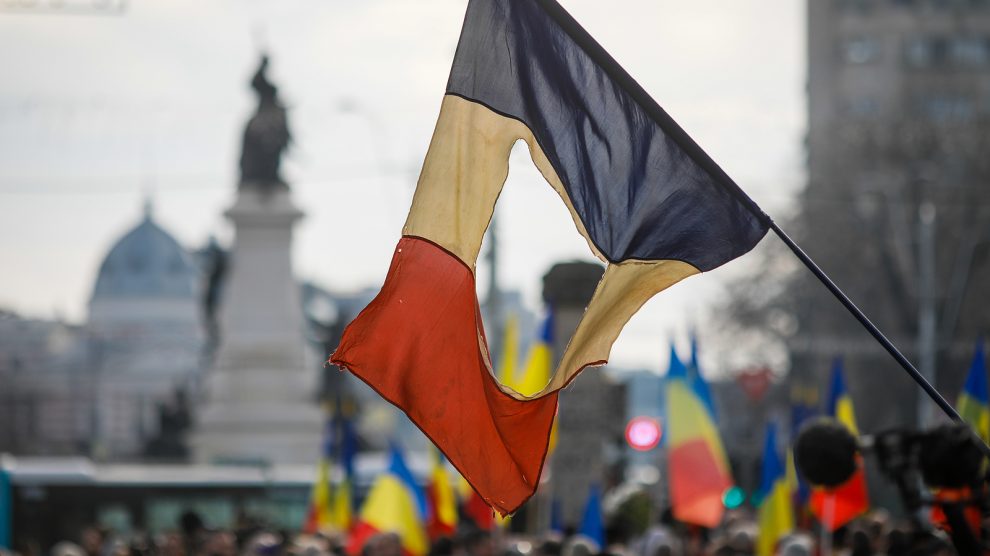 One of the world’s leading authorities on Romania has written a memoir. It is a deeply personal, often hilarious look back at an eventful career, as well as a love letter to a much misunderstood country.

By some distance the most fascinating chapter of Dennis Deletant’s Ceausescu and the Securitate – an otherwise academic (if highly readable) examination of how Romania’s secret police kept a country of 23 million people under such tight control – was dedicated to his own, personal struggle in the 1970s to procure an exit visa for Andrea, his Romanian wife.

All too brief the episode reads like a bizarre comedy of manners, as one seemingly arbitrary obstacle after another is placed in Mrs Deletant’s way. At one stage an official even demands proof that she has returned a pair of borrowed plimsolls to her university gymnasium before allowing her to proceed with the exit visa application.

A frequent visitor to Romania from the mid-1960s, those of us fortunate enough to have studied under Deletant (in my case at the University of London’s School of Slavonic and East European Studies) have long known that the now retired professor of Romanian studies was a wealth of such stories, offering a unique perspective of what daily life was really like in communist Romania.

Lectures on post-World War II Romanian novels would be regularly punctured with tidbits about encounters with dissident poets in university bars, or randomly bumping into a well-known author on a steam train.

There were others about the phone calls his father-in-law would receive from the Securitate, and of how he once momentarily considered applying for Romanian citizenship. “You want to join the madhouse?”, he was told by an official at the visa office.

But except for the story of Andrea Deletant’s exit visa in Ceausescu and the Securitate, published in 1995, none of these vignettes had alas ever been committed to print. Thankfully, In Search of Romania, Deletant’s latest book, published last month, rights that wrong.

They’re all here, and more besides: tales of transporting a Virgin Mary statue across Romania in the back of a van; of sharing a car with Richard Nixon’s security detail on the then US president’s 1969 visit to Bucharest; recommending that Elena Ceaușescu not be awarded an honorary degree by the University of London; his piercing, critical, pseudonymous reportage from Romania published in the UK press; being declared persona non grata less than a year before Elena and her husband Nicolae were shot on Christmas Day 1989.

There are also potted, poignant biographies of some key Romanian dissidents of the Ceaușescu era, including Corneliu Coposu and Doina Cornea, and Deletant’s dealings with them.

He also shares the history of his wife’s family: both Andrea Deletant’s father and grandfather were imprisoned during the 1950s. In both cases this was without formal charge: merely having been successful before the communist takeover of Romania was enough to warrant a prison sentence in those days.

Professor Deletant also takes us through his own Securitate file, which runs to many volumes, and which he was finally allowed to view only in 1995. That several Securitate agents were often assigned to tail him during his visits to Romania is evidence of how dangerous a threat the Ceaușescu regime viewed him.

And not without reason. What becomes abundantly clear from reading In Search of Romania is that Deletant was a key member of what was once dubbed (by journalist John Sweeney, if memory serves) “The Awkward Squad”: a group of international academics, journalists and human rights activists who did so much to bring the suffering of the Romanian people during the 1980s to the world’s attention, slowly but steadily eroding any remaining political capital Ceaușescu held in the West.

What makes Deletant’s perspective of Romania unique is that he is at once both an insider (a professor of Romanian studies, a gifted Romanian speaker, married to a Romanian) and outsider (a foreigner).

He admits as much, writing, “as a British citizen…the worst I could suffer for any offence taken by the regime was eventual expulsion from the country. It gave me a freedom of behaviour that was denied to Romanians.”

Many others benefited from the same privileged status, but few used it to such good effect.

I’ve been waiting 25 years for Deletant, an inspiring teacher who imbued in me a love of Romania, its people and its language, to write his memoirs, and this volume doesn’t disappoint. Other foreigners have written good memoirs about Romania, far more have written bad ones. This is the best of the lot.

In Search of Romania by Dennis Deletant is published by Hurst.

Transformed Tirana gets it moment in the spotlight
The unlikely president: Is Volodymyr Zelensky’s Servant of the People any good?
Comment