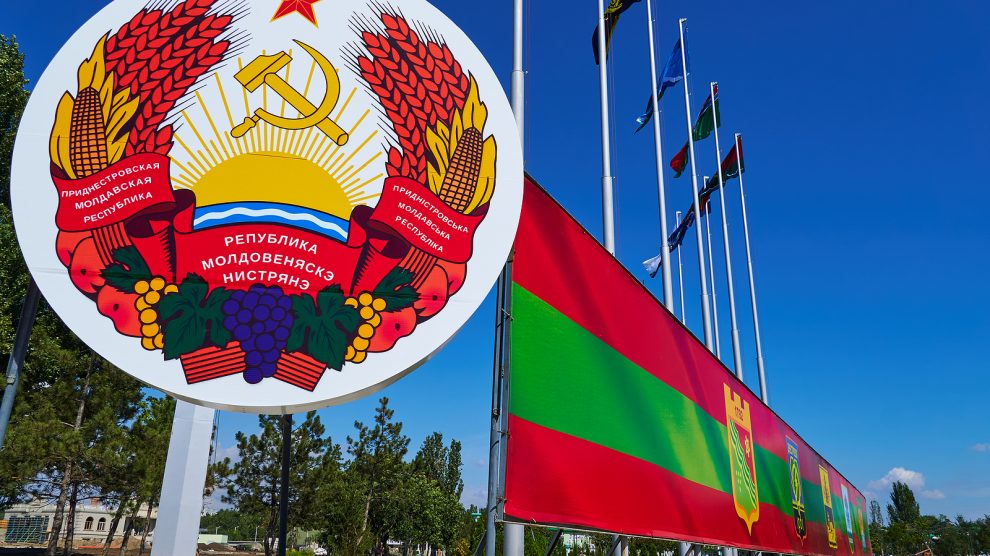 Several explosions have rocked Moldova’s Transnistria region, a place where little happens without the input of Moscow.

Things are going bang in Moldova’s Transnistria region. On April 25, officials reported several explosions at the state security ministry in the region’s capital Tiraspol following what was described as a grenade-launcher attack. With staff absent for Orthodox Easter, there were no reports of injuries.

Early the next morning a large, powerful Soviet-era radio mast close to Transnistria’s border with Ukraine was destroyed in another explosion, while yet another caused minor damage at Tiraspol’s airport. In both cases there were again no injuries. On April 27, Transnistria’s leaders said that drones had been seen, and shots fired, near a Russian arms depot.

No government, army, or armed group has yet claimed responsibility for the incidents, but there are fears that the attacks could be deliberate Russian provocation aimed at destabilising Transnistria, which hosts a Russian peacekeeping mission, as well as Moldova as a whole.

Moldova’s president, Maia Sandu, speaking on April 26 after an emergency meeting of the country’s security council, called the events “a clear and deliberate escalation of tensions that causes us a great deal of concern,” and rebuffed Russia’s claims that the attacks were the work of NATO.

Conflict in Transnistria, home to around 400,000 people, around a third of whom identify as Russians (Moldovans and Ukrainians are the other main ethnic groups), has been frozen for almost 30 years, the region largely forgotten or ignored.

It briefly made the headlines last year when its leading football team, Sheriff Tiraspol (which, despite being based a region that would prefer to be independent has no issue with competing in Moldova’s top division, nor taking a Moldovan place in European competitions) made the Champions League, even defeating Real Madrid.

Unlike the rest of Moldova, populated by a majority of ethnic Romanians, Transnistria has never been part of Romania. It was incorporated into the Moldavian Soviet Socialist Republic by the Soviet Union in the 1940s in an attempt to “Russify” the republic.

The present, frozen conflict between the government of then newly-independent Republic of Moldova and the “Pridnestrovian Moldavian Republic”, known colloquially as Transnistria, formed by the Russian minority living in a slither of land on the left bank of the Dniester river, began in the autumn of 1991.

The separatists were supported by elements of the Russian (previously Soviet) 14th Army, which had long recruited its forces from the region. Fighting intensified in March 1992 and continued throughout the spring and early summer until a ceasefire was declared in July 1992. It has largely held since then, with all sides broadly content with the status quo.

The government in Chișinău makes infrequent and half-hearted statements about “reintegrating” Transnistria without showing any real intent, while the authorities in Tiraspol appear happy with their de facto independence despite any international recognition (even Russia does not recognise the territory’s independence).

Transnistria’s government and economy are heavily dependent on subsidies from Russia, which maintains a military presence and peacekeeping mission in the territory. Political competition is limited, and the dominant party is aligned with powerful local business conglomerates (the largest of which, Sheriff, owns petrol stations, a mobile telephony network, supermarkets, construction companies, as well as the eponymous football team).

“No important decision is made in Tiraspol without Moscow’s knowledge or approval,” says Raluca Răducanu, a foreign affairs analyst, who points out that Transnistria has become an instrument for oligarchs or corrupt political elites in Ukraine, Moldova, and Russia to hide their illegal businesses or create new ones. The recent explosions could be a signal that they need to get onside, she suggests.

“There are many possible Russian uses for the explosions,” Răducanu tells Emerging Europe.

“First, to signal to those groups in Tiraspol interested more in profit than in the Russian war against Ukraine that the strategic purpose of the region is more important than their businesses, therefore they should be cooperative and support it.

“Then, to create a pretext for enhancing control over the unrecognised authorities in Tiraspol and, eventually, for military mobilisation of the Russian troops stationed there. Last, but not least, the incidents can also be used to create tensions not only between Chișinău and Tiraspol, but also within Moldovan society and later use them against President Maia Sandu.”

Ever since she was elected in November 2020, defeating the incumbent Igor Dodon, who favours close ties with Russia, Sandu has made little secret of her desire to radically reform Moldova. Last month, she signed a formal application for Moldova to join the European Union.

“It is already known that Russia is interested in regaining control over the political decision-making process in Chișinău and it intends to do so through protests,” says Răducanu. “The surest and fastest way to discredit the current government is to create panic and a crisis of credibility. Igor Dodon is now using this escalation to promote the fake idea that driven by western forces, Sandu might engage Moldova in war.”

In January, US officials warned – citing Ukrainian intelligence reports – that Russian special services were preparing “provocations” against Russian servicemen located in Transnistria, which it planned to blame on Kyiv and provide a pretense for action against Ukraine.

Kyiv has long warned that Transnistria, which lies on Ukraine’s western border, could be the staging ground for a Russian attack, although most military experts believe that the limited number of poorly equipped Russian troops currently based in the region rule out such a possibility.

On April 22, a commander of Russia’s Central Military District (CFD) nevertheless said that Russia will try to assert full control over large swathes of eastern and southern Ukraine and could target Moldova.

If successful, Minnekayev said the plans would create a land corridor from Russia to Crimea, a Ukrainian peninsula Moscow illegally invaded and annexed in 2014, and that control over the regions would also open up a route to Transnistria, where he claimed Russians were being “oppressed”.

“The latest incidents in Tiraspol might indeed indicate that Russia is preparing the second phase of the invasion, which includes reaching Transnistria,” says Răducanu. “It’s still a very distant goal, but if it happens, according to international law, it would mean Russia has invaded Moldova again, in which case Chișinău should get all the support it needs from the international community to block Russian troops from advancing.”

Any invasion of Moldova would leave Romania in a difficult position, but Răducanu is clear that as a NATO member it could not get directly involved.

“Given the historical connection and the fact that Moldova is a foreign policy priority for Romania, Bucharest should have an important role in supporting Moldova with intel, military, financial and humanitarian assistance, yet it will not be possible to engage in a direct confrontation with the Russian military,” she says.

“The limits of what NATO states can do to help were already set in Ukraine in order to avoid a direct and wider war between Russia and NATO.”

Ukraine tallies up infrastructure damage: This week in emerging Europe
In Slovenia, a political earthquake
Comment