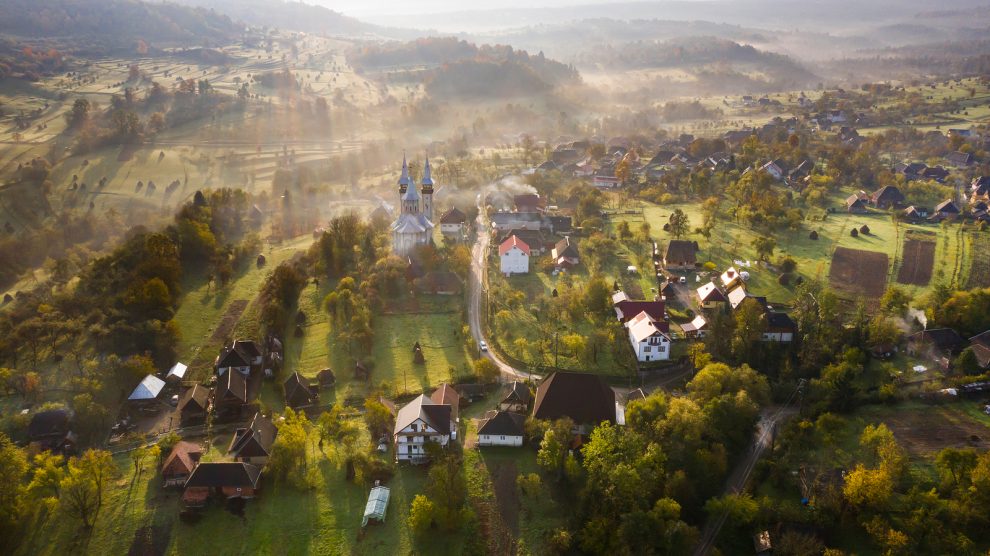 The Prince of Wales last month chose a book about rural Romania, Along the Enchanted Way, as one of five favourites featured by his wife the Duchess of Cornwall’s reading club. But just how enchanting is Romania’s countryside?

More than a decade after it was first published, William Blacker’s Along the Enchanted Way: A Story of Love and Life in Romania is back in the news, having been picked last month by Prince Charles as one of his five favourite books for his wife the Duchess of Cornwall’s Reading Room.

The choice would have come as little surprise to those aware of the Prince’s deep and sincere interest in Romania, where he owns several properties, as well as his friendship with Blacker.

I have long had conflicting feelings about Charles’s interest in Romania, which dates back to his important work in the late 1980s to publicise the destruction of villages in Transylvania as part of then dictator Nicolae Ceaușescu’s so-called “systemisation” campaign.

The English journalist John Sweeney, writing in The Live and Evil Times of Nicolae Ceaușescu – probably the best of the books hurried out by hacks in the aftermath of the dictator’s downfall – credits Charles as being part of the “awkward squad” who brought the horrors of life in communist Romania to international attention.

Since then, Charles has been a regular visitor to Romania, most notably to Viscri, one of the Saxon villages in Transylvania threatened by the systemisation campaign but – thankfully – spared.

These days probably the most visited village in all of Transylvania, Viscri is a UNESCO World Heritage site with a proud and well-preserved fortified church, and the Prince has owned a house here since 2006.

The house serves as a training centre for traditional crafts and rural skills, to help secure a livelihood in Romania’s villages, while another property owned by the Prince, in nearby Zalánpatak, is available for rent for overnight stays.

Charles also served as patron of the Mihai Eminescu Trust, dedicated to preserving Transylvania’s traditional heritage, for more than a decade.

While there is no doubt that the Prince’s love for the Transylvanian countryside is genuine, there can also be little doubt by romanticising peasant life in Romania, in finding ways to support people living these lives, Charles is irrefutably helping to keep them where they are.

As Catherine Mayer, in her excellent biography of the Prince, Born to be King, succinctly puts it: “The Romania the Prince loves, these serf villages, confirm his world view: the idea that there is a natural order of things, that everyone should know their place.”

To Charles, the idea that a peasant could become a king, or a king a peasant, is anathema to his belief system. In his world, social mobility does not and must not exist, else the whole natural order of things come crashing down.

The same sentiment, alas, resonates throughout Blacker’s Along the Enchanted Way.

He laments the fact that the 1990s, planes bound for Romania departed from the great media and financial centres of the western world carrying a sinister cargo: slick advertising executives hell bent on selling Romania’s dirt poor yet blissfully happy peasants all sorts of goods (such as shampoo) that they “neither needed nor wanted”.

In one vignette, two country boys – who had hardly ever left their home village of Breb, in Maramureș, northwestern Romania – set off for the nearest town to try their luck. They had been seduced by the slick advertising they had seen on their newly acquired television, which showed them that there was in fact more to human existence than grinding out a living as a subsistence farmer.

Despite not knowing how to swim, one hot afternoon they had joined their new work mates at a lake. Underestimating its depth they jumped in. Both drowned.

The story of the two boys is told in Blacker’s startling matter-of-fact style, one of the many reasons that the pages rattle along and why it is such a good, if at times uncomfortable, read.

Yet Blacker is wrong to look to modern society as the cause of the two boys’ deaths. “The modern world had made short work of them,” he writes.

To Blacker, the slick advertising executives – and the televisions that carried the images they created – were guilty for having seduced the boys with enticing images of modern life. If only they had been left alone in their blissful rural ignorance they would still be alive today.

A fair point? Perhaps. Perhaps they would still be alive, just as those people killed while fleeing over the Berlin Wall might still be alive had they not known how terrific life in West Germany was. After all, it was the same kind of logic that was used by the East German authorities, who spent fortunes trying to prevent East Germans watching West German television and seeing for themselves that there was more to life than a long shift at the local tractor factory.

Yet just as the East German communists couldn’t prevent their people craving more than they had, so traditionalists have been unable to stop the march of progress into Maramureș and other remote parts of Romania.

Cruel, hard, medieval lifestyles are at last on their way out. Running water, inside toilets, double glazing, shampoo and jeans (with which Blacker appears to have a particular problem) are on their way in. Given the choice between back-breaking work and anything else, most Romanian peasants have taken the anything else.

Unfortunately, there remain far too many who have yet to be given the choice, and who remain tied to the land in much the same way serfs were hundreds of years ago. In not condemning this feudalism (in fact, like Charles, he in many ways romanticises it) Blacker commits an error, yet a forgivable one.

He appears to be genuine when he writes that the people of Breb, despite the alcoholism, the domestic violence, the lack of health care, the belief in superstition, the back-breaking work and the outside toilets are “the happiest people I have ever met”.

It is not a sin to be naive. So as much as I wanted to dislike this book, I couldn’t. I have re-read it numerous times since it was published. Blacker has many gifts as a writer and a storyteller, and it is a shame he has not written more.

And I say that knowing that there is little about this book progressives will find appealing. Privileged beyond most people’s wildest dreams, Blacker was brought up in one of England’s finest country houses, and educated at its best and most expensive public school, Eton.

After “trying to live in London” and then Italy, Along the Enchanted Way chronicles Blacker’s subsequent years in Romania, to where he decamps to seek out the medieval world he had caught a brief glimpse of on an earlier trip.

He lives the life of the peasant for several years, admirably raises money to repair Saxon churches, falls in love with a Roma girl and ends up getting her sister pregnant.

He then decides he has had enough of the peasant life and abruptly leaves.

Why he leaves is not important. The point is he can, he has that choice, whereas those around him often do not.