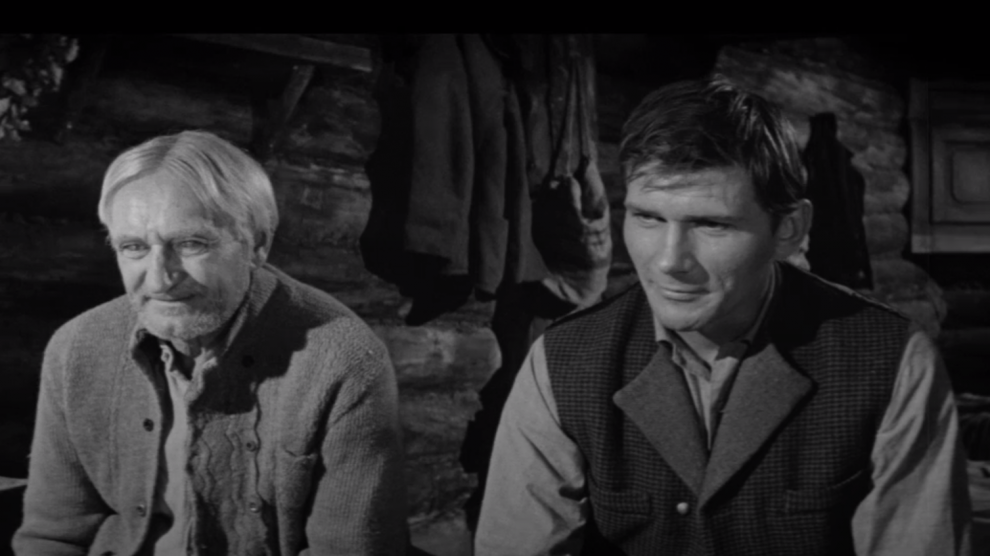 Latvia is celebrating a centenary of cinema this year, and the country’s National Film Centre has prepared a treat for all cinephiles interested in international movie history.

For the first time ever, a collection of classic and significant Latvian movies has been made available to stream online free of charge, complete with subtitles in English and several other languages. For those who do not yet speak Latvian, it’s a great opportunity to learn more about Latvian culture and history.

The year 1920, following the Latvian War of Independence, is taken as the beginning of the cinema industry in the country. This is when As I Go Off to War, the first Latvian film ever produced was made, beginning a long-standing trend of historical dramas in Latvian cinema.

Kārlis Kārkliņš, the film’s producer, envisioned using the then still new medium of film to “popularise Latvians abroad and consolidate a national consciousness”. As I Go Off to War, and similar films produced in the 1920s, were concerned mostly with the 1905 Revolution and World War I, two pivotal moments in the history of the Latvian national awakening.

Unfortunately for those interested in these early works, As I Go Off to War and several other similar movies made in the 1920s are not available for viewing today, since only very brief excerpts have survived.

However, the new online archive that the National Film Centre has created offers many interesting and historically important features, including some documentaries and animations, that offer a unique glimpse into Latvian history and culture, a country often unjustly forgotten about in the emerging Europe region.

With that in mind, here are our three picks from the archive, films that tell the story of Latvia and the history of Latvian cinema as it developed through the 20th century. 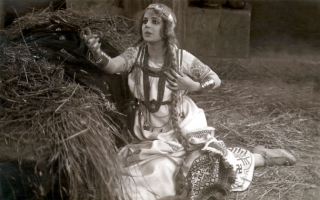 An obvious and fitting starting point, Lāčplēsis is the oldest surviving “large-scale historical feature film” from the early days of Latvian cinema. Directed by Aleksandrs Rusteiķis, it’s a retelling and an interpretation of a 19th century poem by Andrejs Pumpurs, considered to be the national epic poem of Latvia.

The film takes place in two eras, the mythical time of the titular hero Lāčplēsis (Latvian for “bear slayer”) and the Latvian War of Independence during 1919.

Being the national epic poem, the story in Lāčplēsis has been adapted and reinterpreted many times, but the film maintains the main ideas and meanings of the epic poem. A beautiful and virtuous young woman (clearly symbolising the then young nation of Latvia) is threatened by evil forces and then saved by a simple farmer’s son.

Due to the subject matter and time when the film was made, it attracted significant support and funding from the state and the military, allowing its makers to realise their vision of, for that time at least, a high-budget film that would be liked by audiences while also playing a political role in the establishment of a new nation-state. 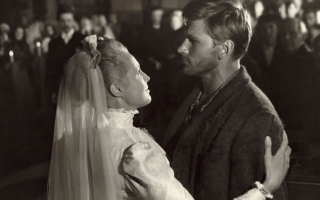 After Latvia was re-occupied by the Soviet Union in 1944, there was a standstill in the film production in the country, as most active local filmmakers fled to the West, leaving the local cinema scene in shambles.

For a while, during the 1940s, films made in Latvia were actually made by guest directors from Russian film studios. It wasn’t until the mid-1950s when Latvia started to once again develop a national cinematography.

By the early 1960s, the industry had picked up momentum, as the first generations of filmmakers educated in Moscow began returning to their native land.

This is the time from which The Swamp Wader, directed by Leonīds Leimanis, comes. During its debut, it was one of the most-watched films in the entire Soviet Union, with 25 million people estimated to have seen it in the first five months following its release.

A romantic drama at heart, The Swamp Wader is based on the works of Rūdolfs Blaumani, considered one of the greatest Latvian realist writers. Perhaps because of the Blaumani realist influence, the film fit well with the prevailing Soviet attitudes on what cinematography is supposed to be.

Set in the late 19th century, it tells the story of Edgars, a coachman in love with Kristīne, the daughter of a washerwoman. Complicating things for the two lovers is the fact Kristīne’s mother is very much against their union. Distraught, Edgars is tempted by a life of drinking while Kristīne is wooed by rich landowner Akmentiņš, whom she ends up jilting at the alter.

While featuring the hallmarks of Soviet cinema at the time, the portrayal of deplorable conditions among the proletariat, the confrontations of master and servants, and so on, The Swamp Wader is an example of subtle subversion that would become the hallmark of Latvian movies made at the time. By using the trappings of social realism as a background to his film, director Leonīds Leimanis was able to put the actual focus on the things he thought cinema was all about — tragic passion, beautiful people, and the “dialectics of life and death,” as the National Film Centre explains.

This same subtle subversion would be seen in Aloizs Brenčs’ When the Rain and Wind Knock at the Window, a spy thriller from 1967. In the film, Brenčs subverts the classic Soviet narrative about stalwart KGB agents and bad national resistance movement members by giving the main character a sympathetic backstory making the audiences identify with him rather than the KGB character. 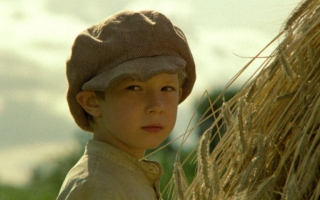 Film production gained even more momentum in Latvia during the 1970s and 1980s, when Riga Studio was pushing out seven films yearly and had 800 employees. The 1980s were also a time when the political climate across the USSR began to thaw somewhat, allowing filmmakers to tackle more openly the subjects what were once frowned upon.

Jānis Streičs was a notable presence during this shift, with many of his most well-regarded efforts coming during those two decades.

Still, it’s 1991’s Child of Man, released during the tumultuous times of the breakup of the USSR and Latvia’s regaining of independence, that might very be his most interesting work.

Based on motifs from Jānis Klīdzējs’ novel of the same title, the film tells a story set in Latgale in the 1920s, where Bonifācijs Pāvulāns, nicknamed Boņuks, lives on a farm and wants to marry Bigija, a beautiful girl from the next farm over. Yet, she is already engaged, and this sets the story in motion.

Streičs had promised during his long career to eventually make a move set in his native Latgale, and he did just that during the chaotic years of the 1990s. Child of Man was the first film to be made in the Latgalian dialect, and it was the first Latvian film to be nominated for an Oscar in the foreign film category.

From its start at the tail end of the national awakening of the 1920s, through the Soviet period, and today, Latvian cinema has been tightly interwoven into the Latvian identity.