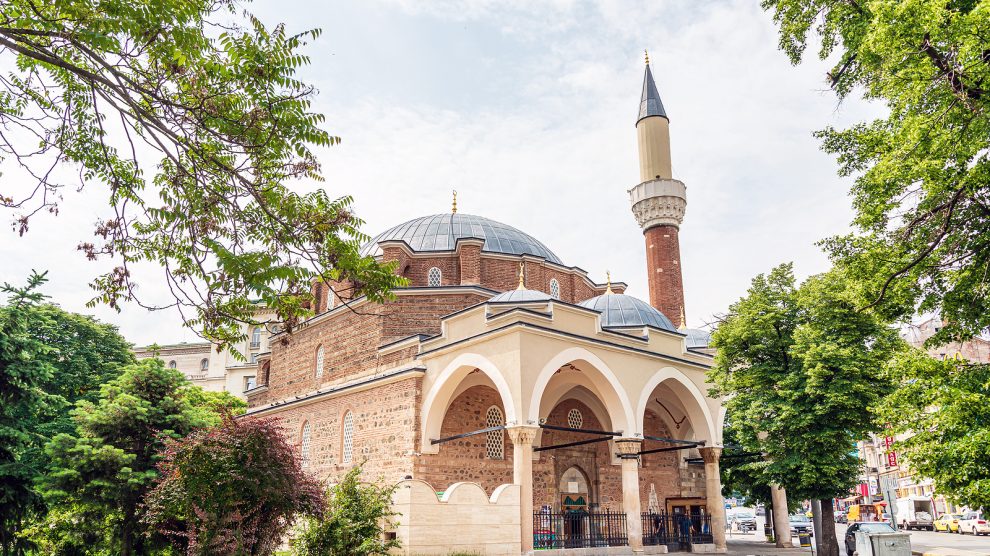 While happy to exploit the tourism potential of the Ottoman heritage in their biggest cities, countries in the Balkans are less keen to preserve mosques in areas populated by Muslims. This has allowed Turkey to move in, wielding cash and influence.

One of the many things that make the Balkan peninsula so special and culturally unique is its location at the crossroads between Europe and the Middle East. For most of its long history, the region has been a melting pot of different ethnicities, cultures, and religions. Arguably, no regional power has managed to spread its influence as far and as deep as the Ottoman Empire.

One hundred years after its collapse, the presence of a large number of Ottoman-era sites of cultural heritage remains controversial amongst many Balkan Christians who perceive themselves to have been the victims of the actions of the Empire, especially in its final days.

Therefore, while Ottoman architecture has made Istanbul one of the most visited cities in the world, similar sites of historical importance lie in ruins across Christian-majority Balkan states.

In Bulgaria, one of those countries which was under Ottoman jurisdiction for the longest, the impact of Turkish culture continues to be a controversial part of its national self-consciousness.

Some of the best-preserved examples of Ottoman heritage in Bulgaria are the 16th-century Banya Bashi mosque in the capital Sofia, situated alongside a synagogue, a Catholic cathedral, and an Orthodox church, as part of this city’s so-called “Square of Religious Tolerance”.

Similarly, one of the most popular things to do when visiting Bulgaria’s second-largest city, Plovdiv, is to drink Turkish coffee and eat Turkish delight at one of the cafés surrounding the 14th-century Dzhumaya mosque situated in the central part of the town.

While the mosques in these somewhat prosperous Bulgarian cities are well-preserved and often overcrowded with tourists, this cannot be said about a large number of Islamic and Ottoman heritage sites in less well-off parts of Bulgaria.

It is worth looking at the motivation behind investing more resources in the preservation of Islamic sites in Sofia and Plovdiv where the Muslim population is under five per cent, but where the country can continue to push the narrative that Bulgaria is a religiously diverse and tolerant country in front of tourists.

However, this is far from being true in regions where the people belonging to the Muslim faith make up the majority.

The Bulgaria-language website of the Bulgarian Grand Mufti currently lists 130 non-functional, former Mosques throughout the country, many of which date back to the Ottoman period. While a few of those have been turned into museums, many are completely abandoned, including the 15th-century Fatih Mehmed mosque in Kyustendil and Karaca Pasha mosque in Gotse Delchev, as well as the 16th-century Ibrahim Pasha mosque in Razgrad, said to be the second-largest mosque in Bulgaria and the third largest in the Balkans.

Radka Mincheva, a spokeswoman for Razgrad municipality, tells Emerging Europe, “The Ibrahim Pasha Mosque is public property and a cultural monument of national importance. The Razgrad municipality is committed to its maintenance and is currently implementing a public tender for the restoration of the building.”

Indeed, after being abandoned during the 1970s, the restoration of the Mosque was finally initiated in October of 2020. The project got underway after the Turkish-Bulgarian politician, Günay Hüsmen, was appointed as a governor of Razgrad municipality, and has received finance from Turkey. This is despite the mosque being part of a 2003 agreement between Bulgaria and Turkey on the mutual restoration of historical monuments situated on the other state’s territory. As part of this agreement the Bulgarian St Stephen’s church in Istanbul’s historic Balat neighbourhood was re-opened in 2018 after a seven-year-long restoration process, also almost entirely funded by the Turkish state.

Apart from mosques that have been entirely left to the elements, the Bulgarian Grand Mufti also points out that Bulgarian officials are preventing the restoration of old mosques with no minarets, which they see as mere “historic sites”. This is a particularly worrying statement, as upon achieving independence and declaring Sofia as the capital of Bulgaria, the liberating Russian army proceeded to blow up the minarets of over 40 mosques which used to be located in Sofia to allow for the use of the buildings as churches and libraries.

Overall, while Bulgaria is happy to exploit the tourist potential of its Ottoman heritage, it continues to see Islamic and other Ottoman-era monuments located in the country as the responsibility of Turkish-Bulgarians and the Republic of Turkey.

Amongst the other Balkan states, North Macedonia perhaps maintains the closest ties to Turkey, which has sided with North Macedonia in its diplomatic rows with Bulgaria and Greece.

North Macedonia also has the largest percentage of people belonging to the Muslim faith in all the Orthodox-majority countries on the peninsula. Despite most Muslim Macedonians identifying as ethnically Albanian, Istanbul has self-appointed itself as the defender of Muslim rights in the country.

The two countries signed an agreement for the preservation of Ottoman monuments in North Macedonia in 2005. Progress can be seen in the restoration of the Turkish theatre in Skopje, already complete, as well as the Ottoman-era stone bridge in the capital’s downtown area and the “One-Eyed” bridge in Tetovo.

However, despite this more suitable environment for cooperation, many of these monuments have not yet been restored to their historic form. These include the 16th-century Hadzi Mahmud Bey mosque in the heart of Bitola Bazaar and the architecturally unique 15th-century Charshi mosque in Prilep, which was partly burned down during a short-lived ethnic conflict in the town which took place in 2001.

At present, the reluctance to repair the remaining Ottoman cultural sites has been explained by some by a lack of funding and willpower to go on with the restoration. In recent years, Istanbul has been more focused on sponsoring projects in and linked to Bulgaria, as part of its bid to hold on to what’s left of its deteriorating relationship with the European Union.

Despite the continuous efforts of certain segments of the Bulgarian and Macedonian populations and decision-makers, the century-long Ottoman influence on both nations would be difficult to hide. Serbia, on the other hand, today has a much smaller Muslim population – just over three per cent of the population – was part of the Ottoman Empire for a shorter period, with northern regions mostly being subjugated by the Austro-Hungarian Empire

Nonetheless, the country has somewhat more strained relations with Turkey than other Orthodox countries in the region, mostly due to Istanbul’s strong support for Kosovo’s independence.

In the southern town of Novi Pazar, situated close to the border with Kosovo, where the overwhelming majority of the population is Muslim, successive Serbian governments have shown little interest in restoring the town’s rich Ottoman heritage. This has pushed the local Islamic community to take matters into their own hands.

Unfortunately, the self-initiated restoration efforts of local residents have been somewhat disastrous and have done more harm than good. Amongst the damaged Ottoman historical sites in Novi Pazar and the surrounding Sandzak region are the 17th-century Kurd-Celebi mosque, as well as Hadzi Hurem Bor, Gazi Sinan Beg and Hajrudin Bajramli mosques, all dating back to the 16th-century.

Perhaps the most upsetting botched “restoration project” took place in 2018 when the 16th-century Arap mosque in Novi Pazar was bulldozed and a brand-new mosque was built on top of the protected monument.

Meanwhile, Turkey’s growing attempts to restore its lost cultural and political influence in the Balkans has been seen as worrying by some, considering the increasing authoritarianism in Istanbul. If local politicians are set on avoiding Istanbul’s exerting further control on local projects, there should be a commitment to ensuring the proper funding and restoration of Ottoman sites domestically.

However, tens if not hundreds of Ottoman sites with immense historic value in Orthodox-majority countries on the Balkans remain in ruins, revealing the lukewarm nature of inter-religious relations in the region.

Traitor, whore, chancer, hero: The death of a Romanian spy chief
Come and See: The greatest war film ever made
Comment