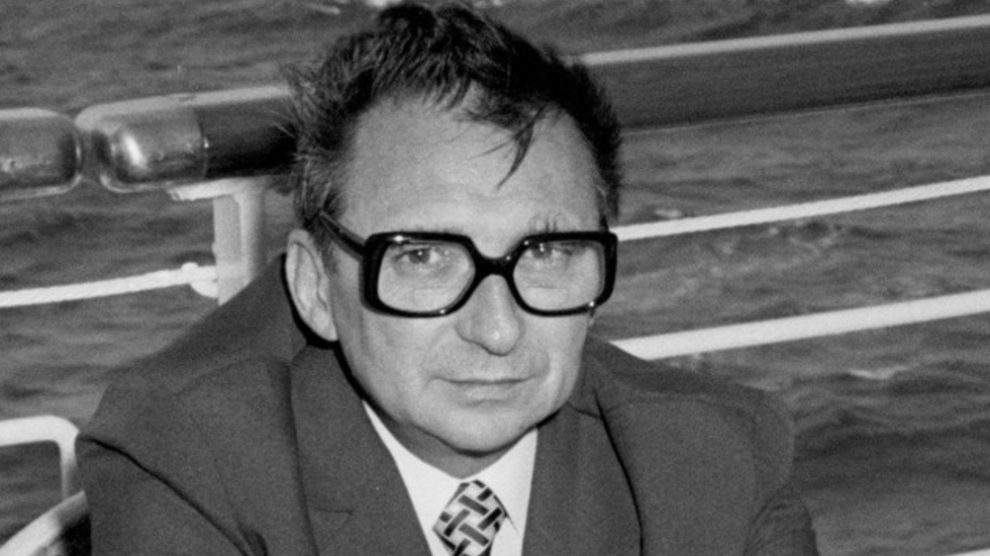 The Romanian Ion Pacepa, the highest-ranking spy chief ever to defect from a Warsaw Pact country to the United States, died on February 14 at the age of 92.

Credited by the CIA as the only person in the Western world who single-handedly demolished an entire enemy espionage service, Ion Pacepa was highest-ranking intelligence officer ever to defect from the Eastern Bloc. He died on February 14, at the age of 92: a victim of Covid-19.

In July 1978, Pacepa – at the time the head of Romania’s external spy network – walked into the United States embassy in Bonn, West Germany, and asked for political asylum. The authorities in Bucharest were stunned, dictator Nicolae Ceaușescu enraged. They recovered quickly enough to condemn Pacepa to death in absentia for treason later in 1978: he was not rehabilitated (with full honours restored) until 1999.

In a letter to his daughter, Dana, published in the French newspaper Le Monde in 1980 and broadcast by Radio Free Europe (whose Munich offices were in 1981 attacked with explosives by a group led by the terrorist Carlos the Jackal, allegedly in retaliation), Pacepa explained his reasons for defecting:

“In 1978 I got the order to organise the killing of Noël Bernard, the director of Radio Free Europe’s Romanian programme who had infuriated Ceaușescu with his commentaries. It was late July when I got this order, and when I ultimately had to decide between being a good father and being a political criminal. Knowing you, Dana, I was firmly convinced that you would prefer no father to one who was an assassin.”

Granted political asylum by then US President Jimmy Carter, Pacepa lived in the US under an assumed identity with round-the-clock protection, but was nevertheless reported to have changed his new name and identity twice after they were compromised. Ceaușescu is said to have offered a reward worth one million US dollars for information leading to his capture or killing. Other rumours claim that Carlos the Jackal was hired to track down Pacepa and assassinate him. He never did, but blew up RFE’s offices by way of consolation.

Hatred for Pacepa unites both Romania’s old communists and much of its far-right, who have over the past week labelled him a “whore” and a “traitor”.

While the left blame him, at least partially, for helping to bring about the end of communism, the right – which sticks to the old maxim of “my country, right or wrong” – sees him as a traitor who gave away Romania’s secrets.

On both these groups, nuance, and the idea that only causes, not countries, can be betrayed, are lost.

Quite what Pacepa’s own cause was remains unclear, however. The letter to his daughter suggests a Damascene moment, but until his defection he was an unquestioning, loyal, committed and highly efficient servant of Romania’s ghastly communist regime, who had joined the Securitate in 1954, quickly rising up the ranks and becoming its youngest-ever general in 1967, when he became the de facto boss of its foreign espionage service.

At the time of his defection he was also Ceaușescu’s personal security advisor, and held several top security posts in the government.

‘A maverick to be trusted’

He was one of the architects of Romania’s policy to fool the world into believing that the country was “different” from the rest of the communist bloc, and that Ceaușescu, while a maverick, was a maverick the West could trust.

Pacepa likely viewed the visits as the pinnacle of his career. Though not part of either delegation, he may well have recalled Alexander the Great, who is said to have cried salt tears that there were no more worlds to conquer.

The notion that once Pacepa had defected he became a steadfast opponent of communism is disputed.

Paul Goma, a dissident Romanian writer forced into exile in Paris in 1977 and a subsequent target for the assassins in Pacepa’s Securitate network, insisted until his own death in 2020 that Pacepa remained “a monster, a dog”.

Vladimir Tismaneanu however, a professor at the University of Maryland who was himself forced into exile in 1981, says that Pacepa became “a fierce opponent” of communism and that “he played an exceptional role in unmasking the criminal nature of the regime, bringing about irreparable damage to Ceaușescu’s international reputation”.

And there is little doubt that the information Pacepa provided to the US – whatever his motives may have been – allowed it to annihilate the Securitate’s external network of agents. It can be argued that it never recovered.

What Pacepa could not do from the comfort of exile however was bring about a similar end to the Securitate’s extensive internal network, which remained intact, surveilling every facet of Romanian society until the fall of Ceaușescu in 1989 (in which it may indeed have had a hand).

It’s best not to dwell too long on Pacepa’s quasi-autobiography Red Horizons, published in 1987. An often lurid tale that amongst much else goes into unnecessary detail about the sexual proclivities of the dictator and his wife, Elena, as well as their son Nicu, it appears on first reading to have been written to shock and titillate, not inform.

It was, nevertheless, a best-seller.

And yet while much of it has been dismissed as fabrication, it does offer some insight into the utterly absurd and brutal manner in which Romania was run, and of Ceaușescu’s Machiavellian relationship with all kinds of foreign powers, from the US to Israel and Palestine.

What gets left out is the fact that Pacepa was an integral part of both the internal brutality and an architect of Romania’s foreign policy: Red Horizons would have you believe that he was an impartial observer.

A much later work meanwhile, Disinformation, co-written with historian and law professor Ronald Rychlak, who informed the world of Pacepa’s death, took aim at the exotic, widely misunderstood but still astonishingly influential (indeed, increasingly so) realm of the Russian-born “science” of disinformation.

It is nothing new, according to Pacepa.

The book claims, for example, that under the leadership of Yury Andropov, the Soviet KGB helped sow the seeds of today’s anti-American and anti-Israeli hatred in the Arab and Muslim world by initiating a sophisticated and covert propaganda campaign in the early 1970s.

It also claims that some of the US’s best-known conspiracy theories – such as that which insists President John F. Kennedy was the victim of a right-wing plot (as depicted in the Oliver Stone film, JFK), was a Soviet invention.

Perhaps most tellingly, however, the book claims that more KGB energy went into “disinformation” than traditional espionage.

Little, judging by the Kremlin’s current disinformation campaign, has changed.