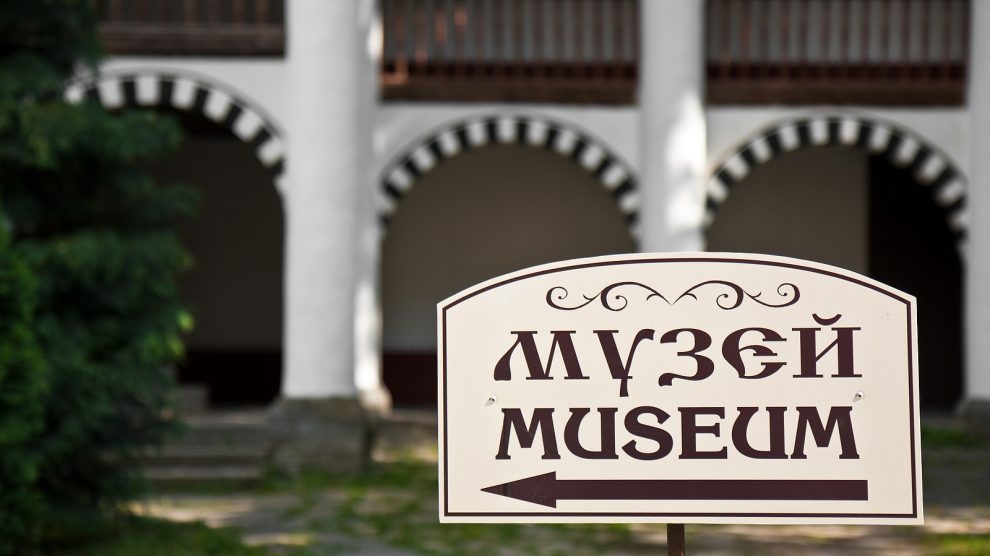 The Cyrillic alphabet has long been heavily politicised, and a nation’s use of it often leads to incorrect assumptions about its geopolitics.

The Cyrillic alphabet is today estimated to be used by more than 250 million people worldwide, mostly in Slavic and Turkic speaking countries.

This number is, however, rapidly declining as several nations, especially as those with an official language belonging to the latter group, are replacing the alphabet with Latin-based scripts.

Uzbekistan, a country of more than 34 million people, will officially make the switch from Cyrillic to Latin on January 1, 2023.

Kazakhstan, with a population of close to 19 million, is also making the change in 2023.

This switch from using the same alphabet as Russia to one which is used by every major western nation has been interpreted by some analysts as being representative of a wider shift in the culture and society of these Central Asian countries, away from the firm grasp of Moscow and towards the wider international community.

To many in the West, the Cyrillic script is a symbol of Russian culture and the Russian Federation: with a population of close to 150 million people, Russia is by far the largest country in the world to use Cyrillic.

“Russian is one of the official languages of the United Nations and used to be the language of one of the two superpowers of the Cold War,” Daniel Bunčić, professor at the Slavic Department of the University of Cologne, tells Emerging Europe.

But in countries like Bulgaria, an EU and NATO member state, and Ukraine, no friend of Russia, there are no such plans to drop the “Russian” alphabet.

That’s the case because the script long predates any Cold War era devisions and the Russian conquest of Central Asia.

In short, Cyrillic is not Russian. Indeed, Cyrillic’s birthplace is far removed from Russia: both its current and historic borders.

The history of the Cyrillic alphabet

While often colloquially, if mistakenly, referred to as “the Russian alphabet” in the West, suggesting some Russian ownership over it, it is almost as frequently confused with the Greek alphabet.

Indeed, the link between the two alphabets is immediately obvious, and would suggest that the Cyrillic alphabet has its origin not in Chelyabinsk or Kazan, but somewhere geographically closer to Greece.

“The Cyrillic alphabet is essentially a combination of letters from the Greek and Glagolitic alphabets, the latter of which was invented (from scratch) in or just before 863 CE by Saint Cyril for the purpose of writing Old Church Slavonic in the context of the Christianisation of the Slavs,” explains Bunčić.

“The first known inscriptions in the Cyrillic alphabet date back to the end of the 9th century. They all come from the east of the Bulgarian Empire, which is essentially modern-day Bulgaria. In the west of the empire, i.e. modern-day North Macedonia, the original Glagolitic alphabet survived for another century or so before eventually being replaced by Cyrillic there as well,” he adds.

Roland Meyer, professor of West Slavonic linguistics at the Humboldt University of Berlin, offers a somewhat contrasting account of the origins of the alphabet, revealing its contested and at times disputed nature.

“The so-called Glagolitic alphabet was created for and/or on a mission by Konstantin (Cyril) and his brother Methodius to Moravia (863 or 864). The oldest remaining Slavic writings are in Glagolitic alphabet. For all we know, the alphabet called Cyrillic today was created a bit later in Bulgaria, but came to be called Cyrillic (after the missionary and saint) much later. After Methodius’ death in 885, his students and followers were expelled from Moravia and fled to Bulgaria. The identity of the actual ‘inventor’ of the Cyrillic alphabet is often connected to Kliment of Ohrid, a student of Cyril and Methodius. ,” he tells Emerging Europe.

“So, Bulgaria is probably not the birthplace of the first Slavic alphabet – Glagolitic was created for the Christian mission from Thessaloniki to Moravia. But it is certainly true that most of the earliest Cyrillic writings were originally produced in Bulgaria and North Macedonia,” Meyer asserts.

Every May since 1850, Bulgaria has celebrated the legacy of Saints Cyril and Methodius on the Day of Bulgarian Alphabet, Bulgarian Enlightenment and Culture.

Today, the national holiday is marked on May 24 and in 2020 it was renamed as the Day of Slavonic Alphabet, Bulgarian Enlightenment and Culture to reflect scholars’ ever-changing understanding of history.

In 2021, the day was commemorated together by Bulgarian, Macedonian and Serbian officials. Indeed, one of the few things the three nations can agree on is that the Cyrillic alphabet has much deeper ties with the Balkan peninsula than it does with the Russian Federation.

“In 988 CE, when the Kievan Rus, the medieval state on the territory of modern-day Ukraine, Belarus, and a part of Russia, adopted Christianity, church books were imported from Bulgaria (and probably also Macedonia and Serbia). This is how the Cyrillic alphabet came to the East Slavs,” says Bunčić.

While the exact birthplace of the Cyrillic alphabet is difficult to pinpoint precisely, and there is little need to do so, referring to it as “the Russian alphabet” is not only often offensive to the Balkan Slavic nations (and others) that use it, it is also simply inaccurate.

Implying that an alphabet used by 250 million people across 50 official and minority languages belongs to one nation, whether Russia or Bulgaria, is equally problematic.

“The Cyrillic alphabet, as any other alphabet, belongs to every single person and group that uses it, or considers it part of its identity,” Boban Arsenijevic of the Slavic Institute at the University of Graz, Austria, tells Emerging Europe.

For those insisting on applying Cold War era assumptions about a country based on its used of a script now 12 centuries old, Bunčić points out that on euro banknotes, which represent all the inhabitants of the European Union, the Cyrillic inscription ‘ЕВРО’ is used alongside the Latin ‘EURO’ and the Greek ‘ΕΥΡΩ’.

And nobody has ever suggested that the euro is Russian.