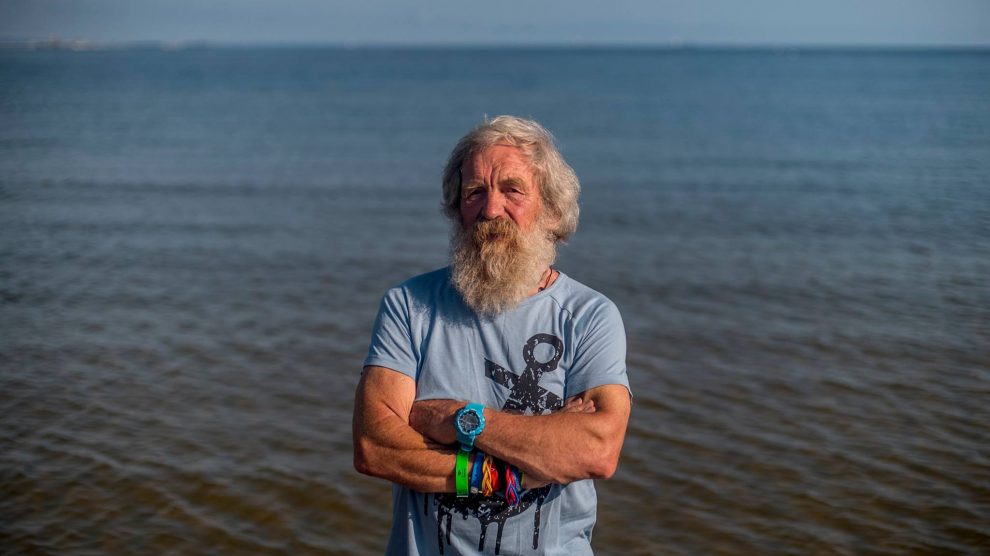 Known as the Pensioner Adventurer, Aleksander Doba leaves a legacy of achievement of which both he, and Poland, can be proud.

The famous Polish adventurer Aleksander Doba, known for feats such as crossing the Atlantic in a kayak and swimming the entire Polish coast, died this week at the age 74, at the summit of Mount Kilimanjaro in Tanzania.

Born in 1946, in Swarzęd, near the city of Poznań, Doba got into kayaking, the discipline that would make him internationally famous, relatively late, at 34.

And it was’t until he was 65, in 2010, that he would embark on the first in a series of three journeys across the Atlantic Ocean, earning him the nickname “pensioner adventurer”.

That first trip, from Dakar in Senegal to Acaraú in Brazil, would set the record for the longest unaided transatlantic canoe trip. Most such trips are supported by sails, but not in Doba’s case. He is one of two people to have completed the journey relying solely on muscle power through rowing.

For 99 days, Doba rowed across the Atlantic, braving inhospitable conditions and mental strain. As he described it to New York Times Magazine kayaking is real katorga (a name for the forced labour carried out in the USSR).

According to Doba, the strains involved in performing such a long kayak trip are more mental than physical. Still, he did lose 14 kilograms in the 14 weeks of the journey.

In order to be able to do what he did, Doba had to construct a special kayak that is significantly different from the common ones that might be used recreationally on lakes and rivers. The boat, named Olo, is seven metres long and weighs almost 500 kilos. The paddle itself is 2.75 metres long.

Doba apparently wasn’t satisfied with just crossing the Atlantic once. He would do it twice more, once in 2014 and once in 2017. The second voyage, from Portugal to Florida, took 196 days to complete, owing to troubles near the infamous Bermuda Triangle that saw Doba paddle in circles for 40 days due to bad winds and currents.

After the kayak’s rudder snapped off in a storm, Doba had to take a break and seek repairs in Bermuda. He then found a sloop that took him back to the exact spot where he had been forced off course.

Despite these obstacles, he would set off on yet another transatlantic voyage in 2017, despite protests from his own wife and from his navigator and kayak builder, Andrzej Arminski.

The main issue were the waves and currents in the North Atlantic that make building a kayak that won’t capsize virtually impossible. Doba’s first attempt in 2016 ended in failure, but undeterred, he tried again the next year. And he succeeded, despite another storm and another broken rudder. A passing freighter pulled him and kayak aboard so that the rudder could be fixed with welding tools.

He was 71 when he completed this third and the most dangerous expedition.

Before that, Doba was awarded the 2015 People’s Choice Adventurer of the Year by the National Geographic Society.

This year, Doba set out to climb Mount Kilimanjaro, the tallest free-standing mountain in the world.

According to fellow travellers, Doba reached the summit of the mountain on February 22, and paused to take a photograph. He then fell unconscious and couldn’t be resuscitated.

Doba leaves behind his wife and family, and a legacy of adventure and achievement that has made him a hero in his native Poland.

Environmental activism begins to make its mark in Central Asia
From LA to Yerevan: Yeraz, music of the Armenian people
Comment