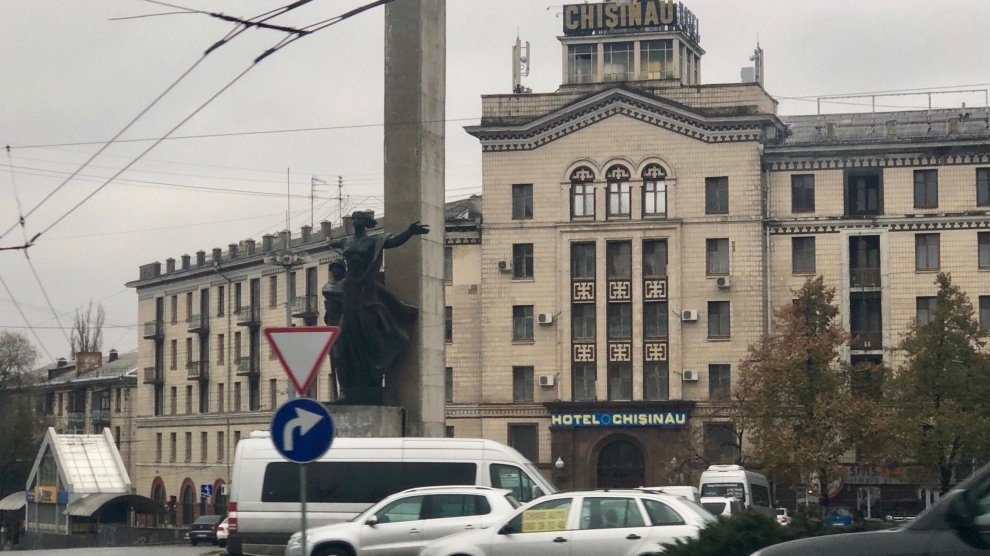 Where are you flying, sir? a Lufthansa flight attendant asks me when I enquire about connecting flight information aboard an aircraft originating from Heathrow. Chișinău, I respond. Sorry, where? I’m not sure where that is, comes the reply. Chișinău, that’s in Moldova. Lufthansa actually flies there. I am bit annoyed as I know I will have to run to catch my connecting flight at Frankfurt. KIV, does that help? It doesn’t. I am afraid you need to ask my colleague at the front of the cabin, I hear back.

An hour later and I am already on another flight to Moldova’s capital and I quickly realise the flight attendant on the plane to Frankfurt might have been familiar with the city but not necessarily with the pronunciation of its name. It seems this was also a challenge for her colleague who made all the announcements on the flight to Chișinău — in both Deutsch und Englisch — as she skillfully kept replacing the English pronunciation kishi’nau with her own version, which sounded more like cheesy now.

This is my first time visit to Moldova’s capital so I want to make sure I won’t mix up the city’s name when speaking to Moldovans. Nobody likes it when their name is misspelled or mispronounced. I look up the name on Britannica — Chișinău, formerly Kishinyov, also spelled Kišin’ov or Kishinev.

Apparently, the first documentary reference to Chișinău dates from 1466, when it was under the rule of the Moldavian prince Ștefan III, also known as Ștefan cel Mare și Sfânt (Stephen the Great and Holy), now portrayed on all Moldovan banknotes.

Where does the city’s name come from, I ask Elena, an NGO-employee turned guide accompanying a group of foreigners who have come to attend a business event in Chișinău as we drive along Stefan cel Mare Boulevard. She earlier referred to the main street as the Avenue des Champs-Élysées of the Moldovan capital, something which raised the eyebrows of the Frenchman sitting on the bus next to me.

There are two possible explanations, she answers. The first says the name comes from the archaic Romanian word chișla, which means spring or a source of water and nouă, meaning new. The other version says that it comes from the Hungarian word Kisjenő, with kis means small and Jenő referring to a Hungarian tribe.

We are on a tour of the city and we soon pass by the Chișinău Hotel, which first caught my attention on the way in to the city from the airport. Hotel Chișinău is the oldest hotel in the city centre, Elena adds. I am not surprised. The city suffered a deadly earthquake, which measured 7.3 on the Richter scale, in October 1940, followed by heavy Luftwaffe bombing in 1941.

I love the hotels that have borrowed their names from the cities they are located in: the Minsk Hotel in Belarus’ capital, the Kyiv Hotel in Ukraine’s, now the Chișinău Hotel, I tell my French neighbour. Chișinău sounds like Kiss Me Now! he jokes unexpectedly.

A quick google search reveals that a few months ago Eugen Boico, director of a local creative agency, suggested Kiss Me Now as the city’s new slogan.

What a brilliant idea. Funny, romantic and totally unexpected, and, I am sure, easy to remember and pronounce for all Lufthansa flight attendants.