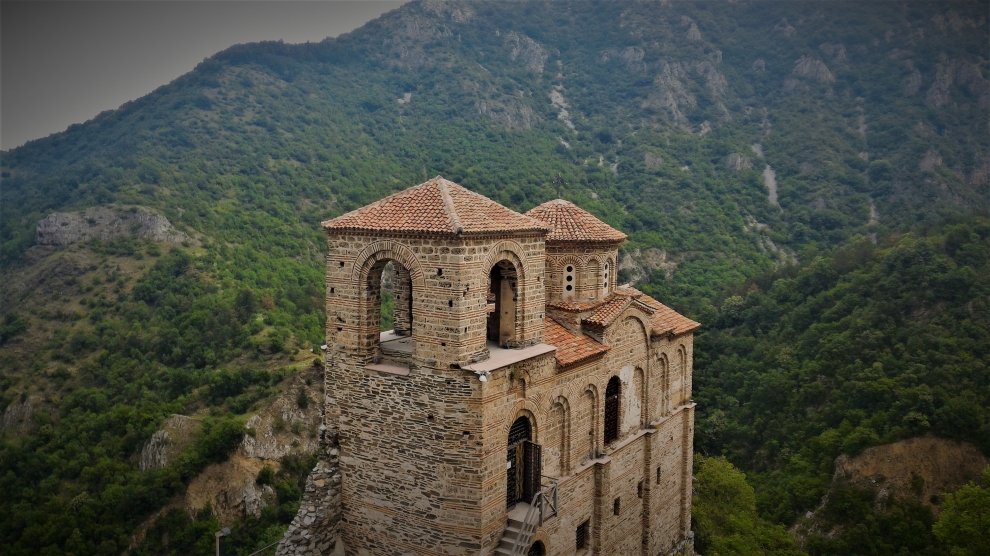 Emerging Europe is a region where religion, politics and history have long been inseparable. To visit just a few of its many wonderful churches is to take a short course in faith, sacrifice, and architecture.

Communism set out to eradicate religion in emerging Europe. It failed, to such an extent in fact that the faith of tens of millions of people was not weakened, but considerably strengthened. The huge numbers of worshippers who flocked to the region’s churches over Christmas despite Covid-19 restrictions is testimony to that.

For the visitor to the region – and let’s hope that 2021 will once again allow us to travel freely – there are many churches which serve as not just emblems of faith, but tell tales of survival, sacrifice, and are microcosms of a troubled history.

The six churches and monasteries we list here are among the many hundreds which galvanised faith in the region, often becoming symbols of defiance. They are all – for different reasons – worthy of a visit, and of endless photos, and are representative of what happens when great architecture meets the indefatigable spirit of Catholicism and Orthodoxy. 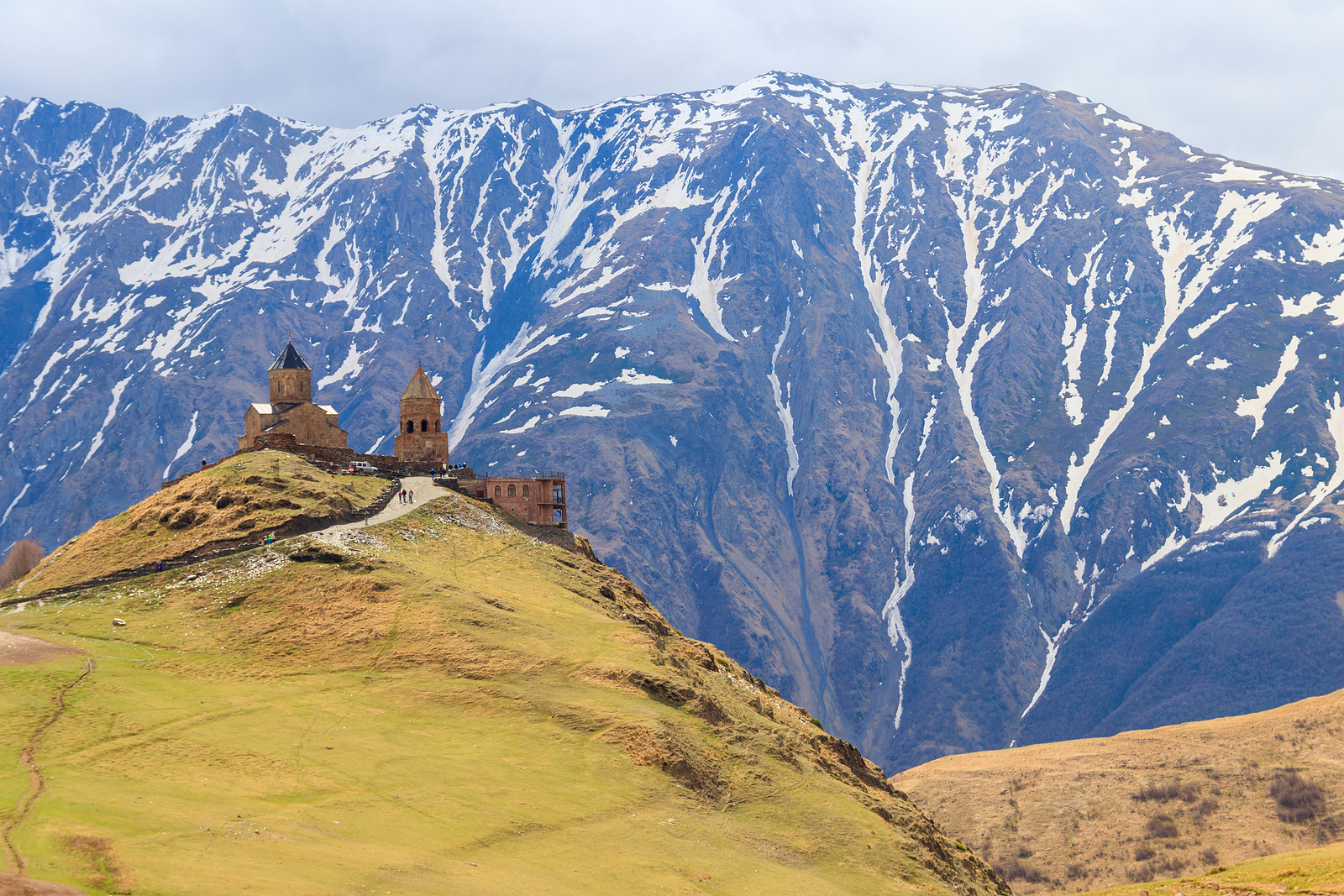 In an urban setting the 14th century Holy Trinity, complete with elegant bell tower, would be no more than a footnote in travel guides and given little attention. In its actual location, high in the Caucasus mountains in northern Georgia, it has become a symbol of Georgian Christianity and in many respects of Georgia itself. You can drive up to the church if you have an all-terrain vehicle (and there are plenty of locals in the village of Stepantsminda who will take you for a small fee) but to grasp the sheer remoteness and spirituality of the place you should make the journey on foot – it takes about two hours – just as monks did for centuries. 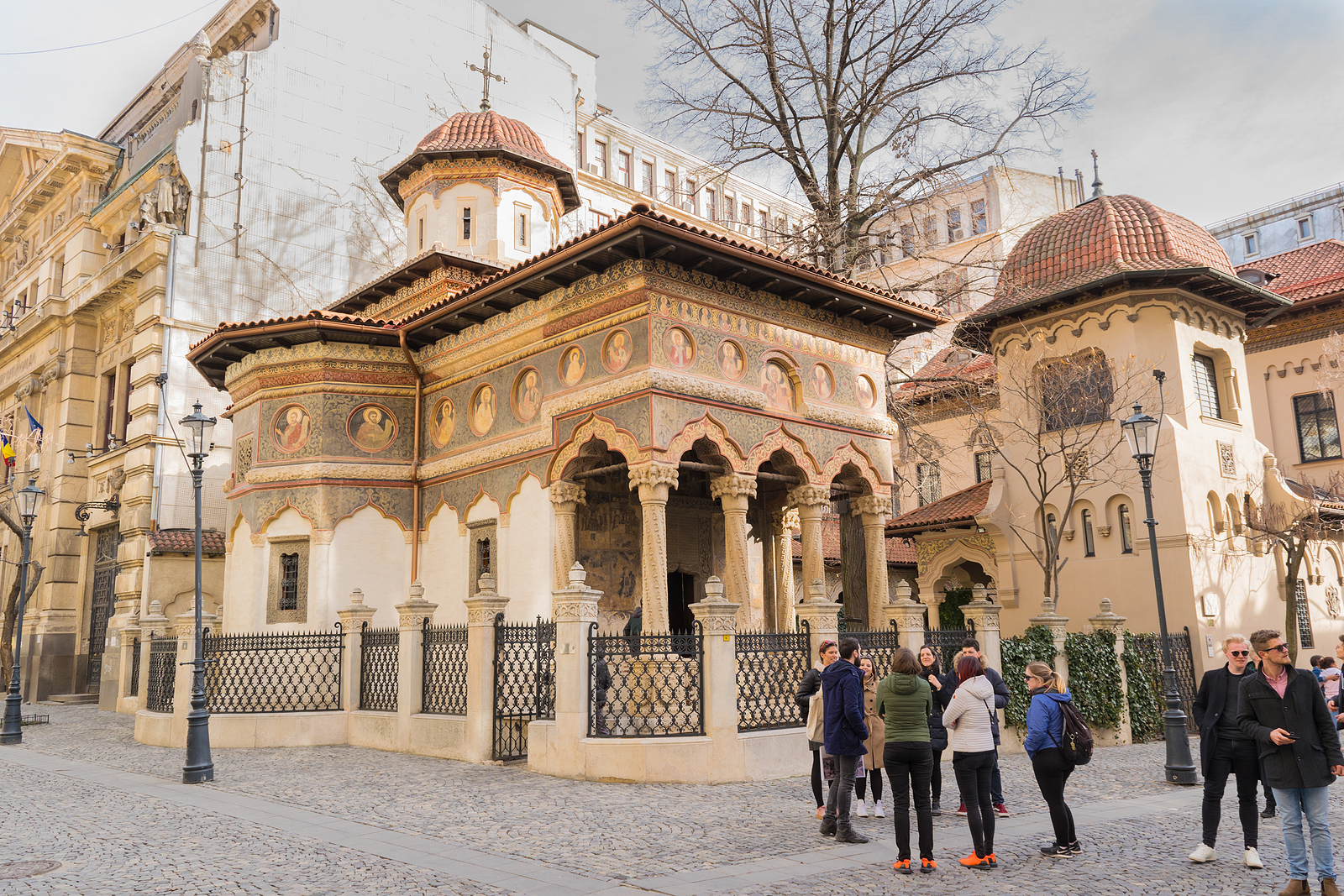 Unquestionably the most beautiful (and photographed) church in Romania’s capital Bucharest, Stavropoleos – and its small monastery – was built in 1724 on the initiative of a Greek monk, Ioanikie Stratonikeas. Its striking Byzantine interior boasts gorgeous frescoes but it’s the beautiful stone and wood carvings that really catch the eye: the finest are on the main doors. The shaded monastery courtyard outside (wonderful on a summer afternoon) has a curious collection of tombstones dating from the 18th century, and you can often see skilled craftsmen working on their restoration. 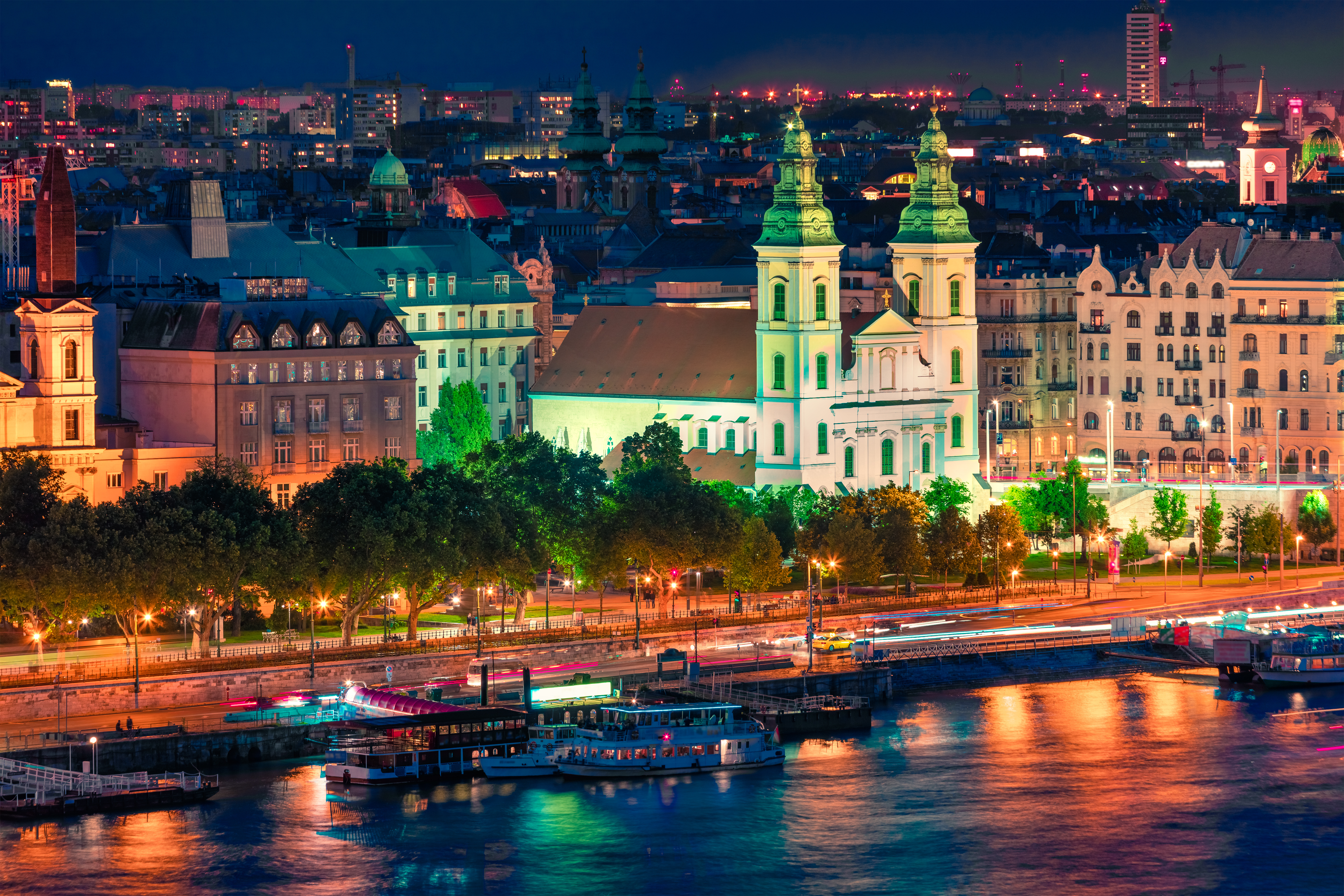 While the much larger St Stephen’s Cathedral gets most of the attention (and most of the visitors), Budapest’s finest church is in fact tucked away on the Danube embankment, hemmed in by its surroundings but endlessly resonant of the city’s past. Indeed, in the late 1950s the church was set for demolition to make way for the Elizabeth Bridge, and we should give thanks that the bridge’s architects had a last minute change of heart and decided to save what is the oldest building in Pest, dating from the 14th century. The vaulted Gothic chapel is divine in every sense of the word.

Church of the Holy Mother of God, Assenovgrad, Bulgaria 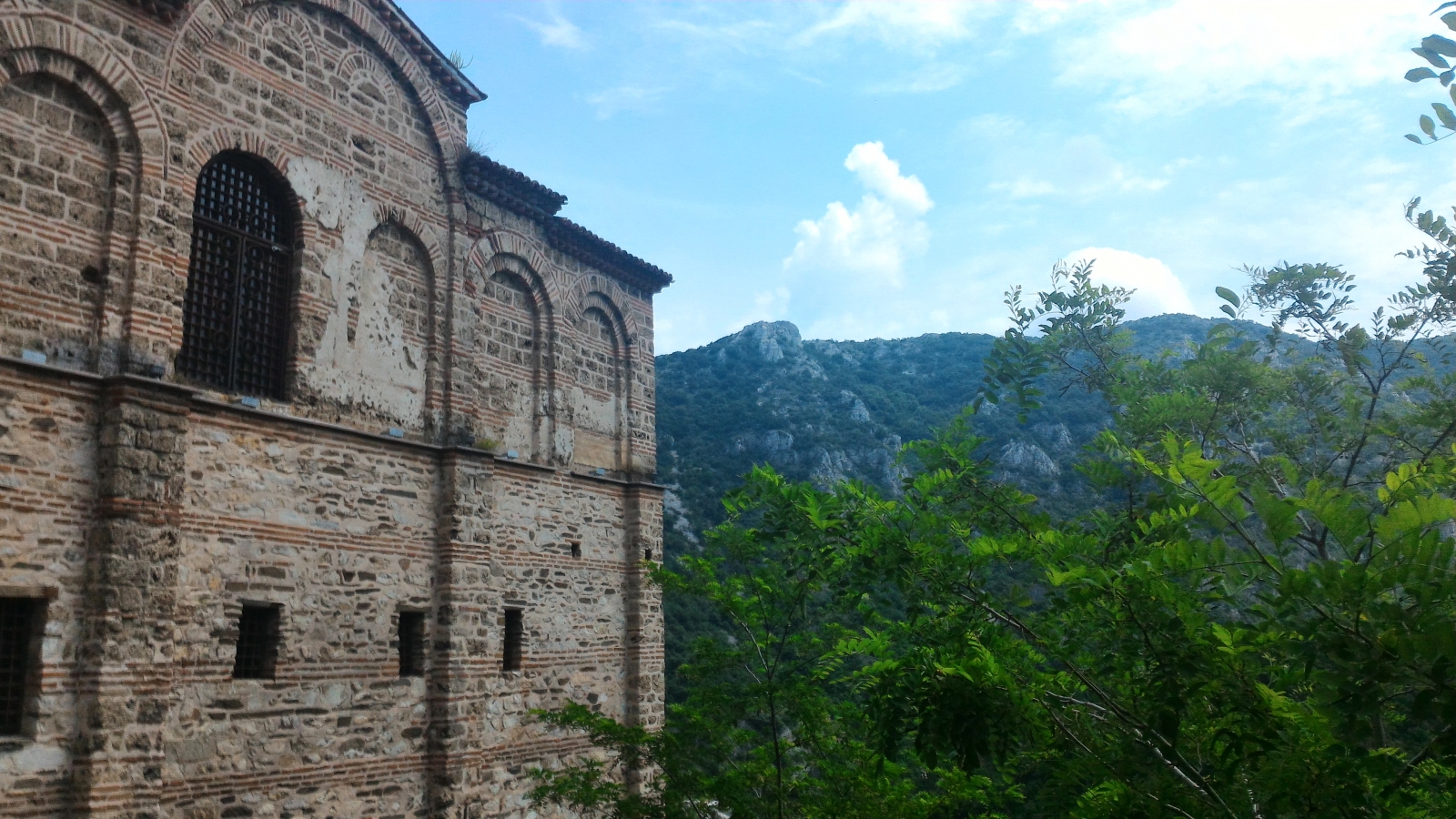 On a high rocky ridge on the left bank of the Asenitsa river, the remains of the Assenovgrad Fortress are dominated by the 12th century Church of the Holy Mother of God, the only part of the fortress that the Ottomans did not destroy after conquering the region in the late 14th century. Some of the original frescoes remain intact and have been partially restored. A few kilometres away is the equally worthy Bachkovo Monastery, where the immense Panorama mural on the refectory wall offers a pictoral history of the region. 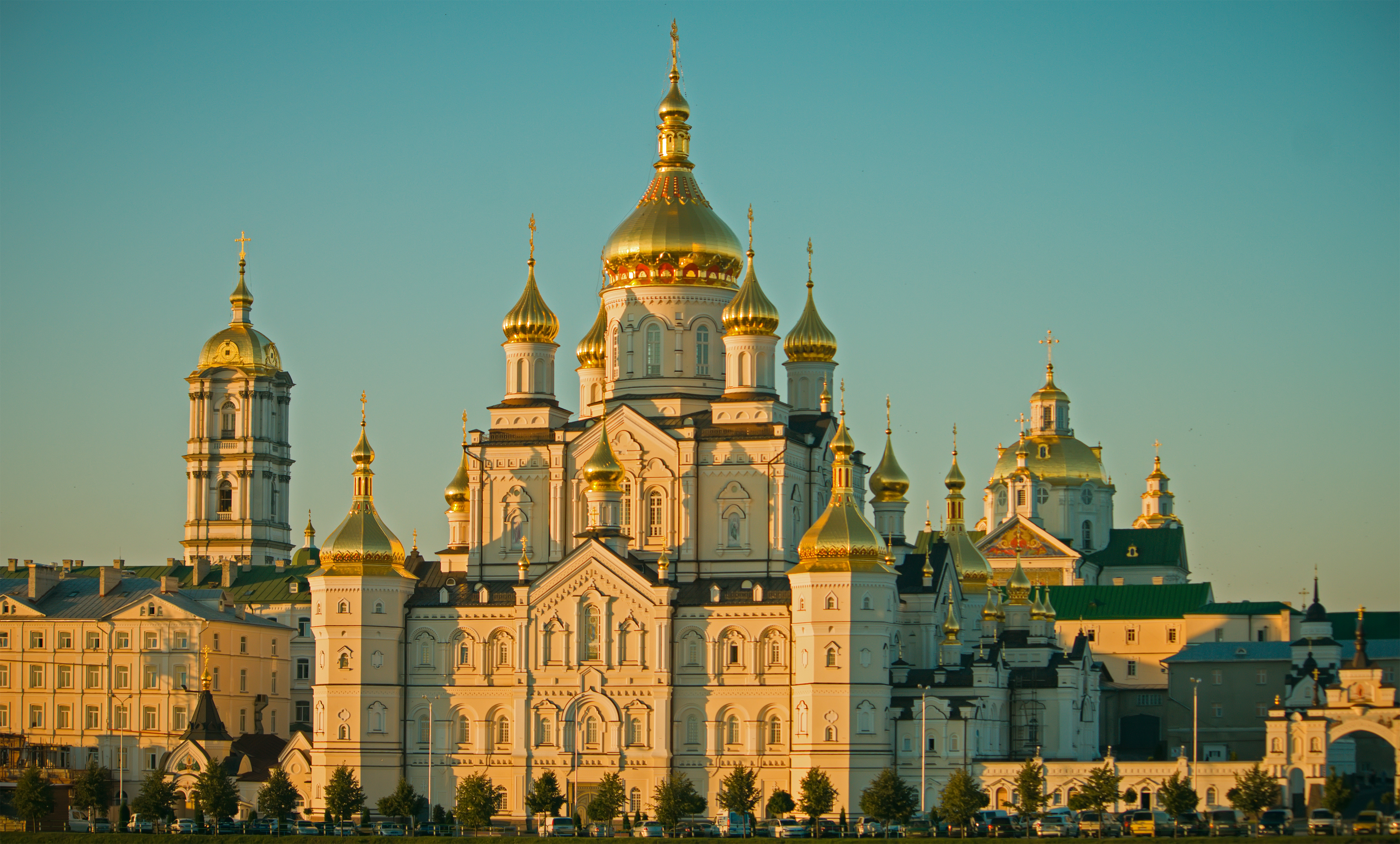 Not one church, but a walled monastery complex now containing 16 places of worship, Pochayiv Lavra is Ukraine’s second most important Orthodox site (after Kyiv’s Kyevo-Pecherska Lavra) and was founded by monks fleeing Kyiv when the Mongols sacked the city in 1240. The site, on a high above the town of Pochayiv, is dominated by the Dormition Cathedral, built in the 18th century as a Greek-Catholic church but now Ukrainian Orthodox. Two lofty towers flank a façade that perfectly encapsulates the transition from baroque to neoclassicism.

Church of Our Lady of Queen of Peace, Wrocław, Poland 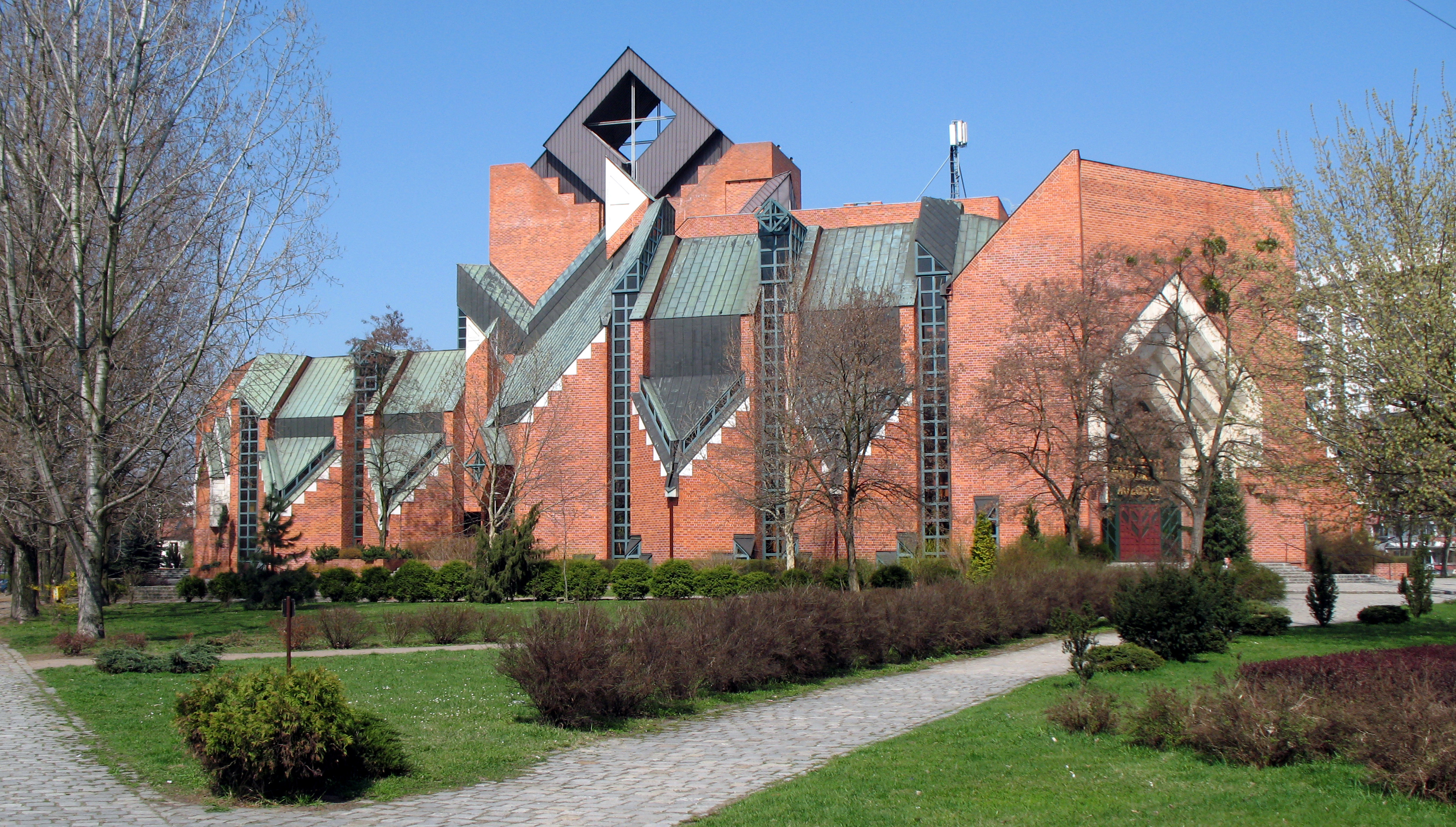 And now for something completely different. It comes as a surprise to many that Poland – nominally atheist – saw a boom in the construction of churches during the communist period. Many of these were ground-breaking in their contemporary design, none more so that the astonishing  Church of Our Lady of Queen of Peace, a post-modernist in form complemented by amazing stone and brick work. Architect Wojciech Jarząbek – one of Poland’s leading representatives of post-modernism – wanted his church to stand in contrast to the surrounding architecture. That, it most certainly does.

Legal marijuana: Is Skopje set to become a Balkan Amsterdam?
Five things we want to see in 2021
Comment