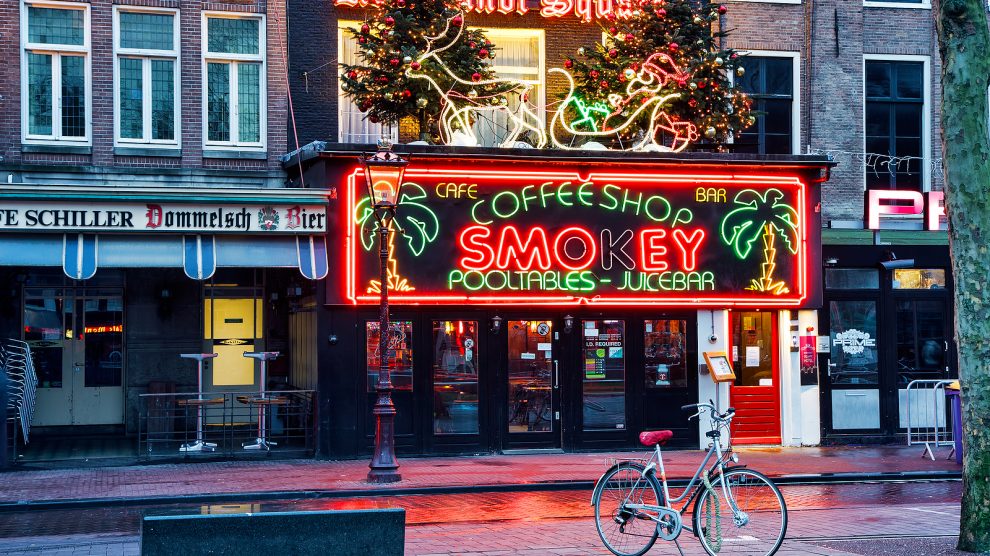 Croatia and North Macedonia, as well as Czechia, Lithuania and Poland, are amongst the few countries in Europe to have legalised the use of marijuana for medical purposes. The two Balkan nations could also soon be following in the footsteps of Georgia by decriminalising usage for recreational purposes as well.

North Macedonian Prime Minister Zoran Zaev recently promised to transform the country’s capital Skopje into an “Amsterdam in the Balkans”, with similar plans also being put in place for the picturesque lakeside town of Ohrid.

Zaev’s proposal is for marijuana to become entirely legal to use, and made widely available at Dutch-style coffeeshops throughout the country.

The move is said to be aimed at encouraging the growth of tourism to the two cities and taking the cannabis cultivation and distribution business out of the hands of criminals, and comes as authorities in Amsterdam announce plans to ban foreigners from its cannabis coffeeshops as part of wide-ranging changes designed to cut back on drugs tourism.

Critics of the idea, such as Vlatko Gjorcev of the country’s far-right IMRO Party, have questioned the effects such a policy change could have on the nation’s health and moral standing. Others have also questioned Zaev’s motives for being so outspoken on the topic, many linking it to his family’s involvement in a profitable cannabis enterprise.

In an interview for Deutsche Welle North Macedonia last month, Zaev denied that personal interests were behind his proposed legislation and promised that efforts will be made to ensure that potential profits are reinvested the country. He further pointed out that the issue of full decriminalisation and legalisation is yet to be actively discussed, and that his party, the Social Democratic Union, would be willing to step back if the majority of Macedonian citizens are opposed to the proposal.

Even though the possession and use of the plant is not yet legal in all circumstances, marijuana cultivation has already been established as a successful enterprise in the country. As North Macedonia is one of the few countries in the world to allow both the cultivation and the export of marijuana, it is now looking to become a world leader in exporting the substance.

The country has taken inspiration from the Canadian free-market approach to cannabis farming and sale, with private companies being allowed to both cultivate and distribute the plant.

“ICC will leverage Balkan Cannabis’ extensive Eastern Europe network to target the second wave of European cannabis legalisation,” a company spokesperson commented in regard to the purchase.

Croatia meanwhile has not only legalised marijuana for medical use: in 2012 the country also became one of few in Europe to decriminalise the possession of all drugs for personal use.

Mirela Holy, president of the Croatian Social Democratic party’s Green Development Council and a former minister for the environment, last February proposed introducing legislation to fully legalise the position and limited growth of marijuana for personal use.

The proposed bill would also legalise the growth of hemp for commercial purposes.

Holy points out that marijuana has been proven to be less harmful and less addictive than alcohol or cigarettes, while the hemp by-product can be used as a bio-degradable alternative to certain types of plastics and farming it offers great potential.

”We propose a state agency hybrid (state/private) model to maintain the high quality (of the product) on the market. When it comes to the use of cannabis for recreational purposes, the bill would allow every adult to grow as many as nine female plants with high THC content for their personal needs,” Holy adds.

Leaders in the two Balkan nations seem to be attracted to the various economic opportunities fully legalising cannabis might bring to their countries, including through tourism and trade. However, in the only emerging European country to have already fully legalised possession and use of the drug back, legalisation was a much more of a bottom-up decision.

Prior to 2018’s full decriminalisation and legalisation, Georgia’s rules on cannabis had been described as “draconian” in various international publications. Reports note the possibility of imprisonment for up to 14 years and daily drug testing being carried out by police. After five years of protests outside Tbilisi’s parliament building and cannabis legalisation festivals, the Constitutional Court of Georgia ruled that “consumption of marijuana is an action protected by the right to free personality”.

Georgia is therefore currently the only country in emerging Europe, and also one of only four in the world, to have legalised the substance across all its territory.  Despite being in this small club, Georgia does not seem to aspire to turn this into a business opportunity.

Instead, Tbilisi, which is taking active steps to encourage sustainable rather than mass tourism, is making a name for itself with its unique and ancient winemaking techniques.

Despite some concern about the full legalisation of cannabis in Croatia and North Macedonia, Georgia and other countries where similar bills have already become a reality show that it is unlikely that these upcoming bills will have any negative effects on the countries’ population.

In fact, studies consistently show that persistent arrest and incarceration on drug-related charges do not lead to decreased substance abuse or addiction.

It could, however, break the stranglehold that organised crime groups have on the business, bringing a stream of income out of the shadow economy, while also bringing down prices and introducing regulations make the product safe.