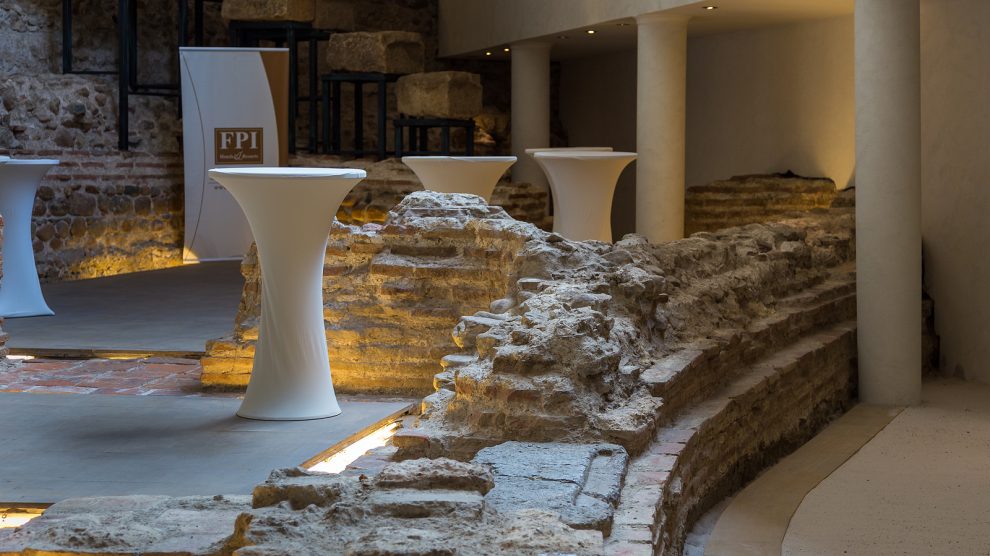 Sofia’s rich Roman heritage has the potential to make the city a hot spot for ancient history nerds, but most of it remains hidden underground, including a massive amphitheatre that once regularly hosted gladiator fights.

Bulgaria‘s capital is said to have been continuously inhabited for more than nine millenia, with evidence of Neolithic and Thracian settlements dating back to the year 7000 BC.

Arguably the most archaeologically well-endowed of Sofia’s historic periods was the 900-odd years the city spent as part of the Roman, and later Eastern Roman (or Byzantine) empires.

Conquered by Rome in 29 BC, and known as Serdika, the city remained part of the Roman and Eastern Roman empires until it was incorporated into the medieval Bulgarian state in 809.

Serdika flourished in particular between the second and fifth centuries, eventually becoming the capital of the Dacia Mediterranea province of the Rome.

It is said to have been the favourite city of one of the most famous of all the Roman emperors – Constantine the Great.

Known for making Christianity the religion of the Roman Empire, and most of Europe and a result, Constantine was born in Naissus, present-day Niš, Serbia.

His love of the eastern parts of the empire would eventually play a role in his decision to move its capital from Rome to Constantinople.

One well-preserved example of Sofia’s cultural heritage from this period is the early Christian, fourth century Rotunda of Saint George, situated in the courtyard of the Bulgarian Presidency and the Sofia Balkan Hotel.

Also dating back to the fourth century is the Saint Sofia Church and underground necropolis a short walk east – the origin of the city’s current name.

But it is only over the past decade that the true magnitude of Sofia’s Roman heritage has been unearthed, much as a result of the expansion of the city’s metro.

In 2010, construction began on the second line of the Sofia metro, with its opening subsequently delayed after an entire quarter of Roman Serdika was discovered.

Unfortunately, much of these ancient ruins are still said to be underground.

These include a third to fourth century amphitheatre, one of the largest ever built in the eastern part of the Roman Empire.

While rumours of the existence of such a place beneath present-day Sofia have circulated for decades, they were not confirmed until 2004 during the construction of a new hotel.

The central arena of the amphitheatre is said to have been 60.5 meters long and 43 meters wide and with an even more extensive exterior, it was the largest Roman structure ever built on the territory of modern Bulgaria.

The search for the amphitheatre began in earnest in 1919 with the discovery of a Roman stone plate in the suburbs of Sofia which depicted fights between gladiators and beasts, such as crocodiles, bears and wild cats.

Historians suppose that plates of this kind would have been placed at the gates of Serdika, serving as advertisements for events. An example of this ancient commercial can now be seen at the National Archaeological Institute within the Museum in Sofia.

Sadly, however, only a small fraction of the amphitheatre itself can be visited today.

This can be attributed to the fact that the discovery of the impressive ruins did not intervene with the earlier plans to build a hotel in this central part of Sofia.

While the construction of the Arena di Serdica Boutique Hotel was paused in 2005 and 2006 to allow for the excavation of parts of the amphitheatre found directly below the site, construction of the five-star hotel later continued and today, one of the largest Roman amphitheatres in the Balkans can only be accessed by visiting the basement of the hotel.

Unearthing more of the once massive structure would require the demolition of numerous buildings in central Sofia and considerable financial resources which the city does not possess.

As such, despite being of immense historical value and with the potential to increase the capital’s appeal to visitors, the Amphitheatre of Serdika looks likely to remain underground.