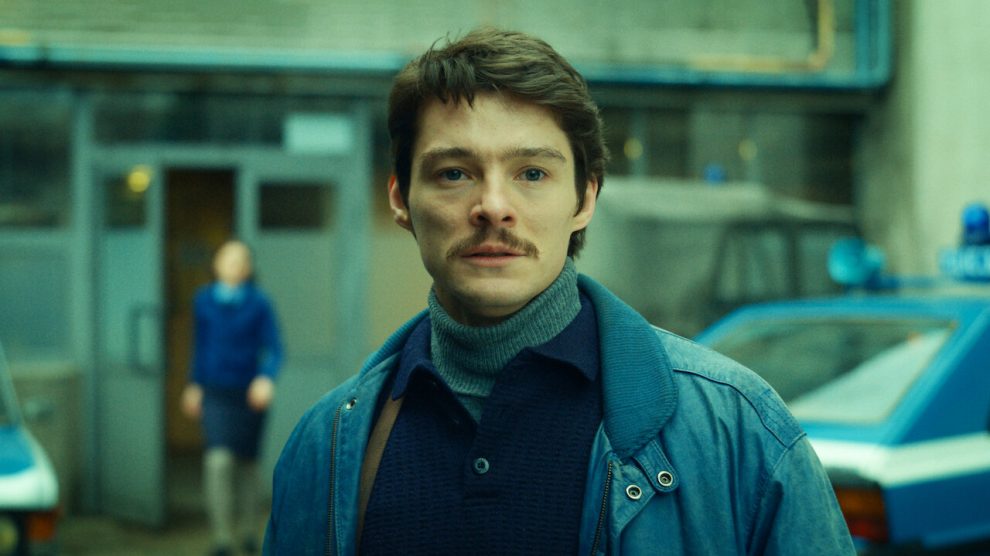 A Polish thriller set amid a police crackdown on homosexuality in 1980s Warsaw sheds light on a dark period in the country’s history.

The sun never rises on Warsaw in the new Netflix thriller Operation Hyacinth.

Shot in cold and dark tones, this Polish neo-noir is set against a backdrop of a real-world secret police operation carried out between 1985 and 1987.

Ostensibly, the goal of this operation, in which gay men were rounded up, roughed up, and made to sign papers identifying them as homosexuals, was to stymy the then emerging HIV/AIDS epidemic, curb prostitution, and somewhat unbelievably — “control homosexual criminal gangs”.

Of which, of course, there were precisely none in communist-era Poland.

In reality, the men unfortunate enough to be caught up in the raids on cruising areas such as public toilets were blackmailed into becoming informants for Poland’s Ministry of Public Security.

When the film begins, we meet Robert (played by Tomasz Zietek), a rising, if still somewhat green, star in the Warsaw police. As we will discover, Robert’s own sexual identity and feelings are – to say the least – confused.

Soon, Robert and his partner in the force are assigned to a murder case. The victim, a man identified as Gregorczyk, is important and well-connected but also homosexual.

What follows is a somewhat predictable thriller structure, borrowing both from police procedurals and from the noir thrillers of old.

A parallel with the 1980 Hollywood crime drama Cruising is unavoidable, especially as Robert befriends Arek, a young gay man he saves from a police raid to serve as his unwitting informant.

Through Arek, in pursuit of a resolution to the murder case, Robert comes into contact with Warsaw’s gay underground culture.

Not all is at it seems, of course, and soon threads begin to unravel that point to a larger conspiracy, even after the murder case is officially solved.

Operation Hyacinth should be commended for its unflinching depiction of 1980s homophobia, and indeed, the early scenes of frightened gay men being booked and processed while also berated by policemen is among the film’s most effective.

However, the director Piotr Domalewski shows regrettable restraint in his treatment of police brutality. Beatings are clearly implied but not shown, and the whole thing misses the visceral oomph it could have had — this time, more would have been more.

In fact, restraint is both the main weakness and main strength of Hyacinth, part of the film’s almost obsessive adherence to the conventions of neo-noir. Everything is dark and cold. Even in daytime, the sun doesn’t shine. But where this really damages the film is in the muted emotional resonance of its characters and events.

Not that it is without scenes of levity or emotion. Operation Hyacinth does manage to find (very brief) moments of humour and tenderness but Zietek’s convincing performance of emotional repression and sexual confusion is undermined somewhat, again, by the confines of the neo-noir framework.

For all its faults, Operation Hyacinth is gripping. It succeeds in transporting the viewer into 1980s Poland with meticulous verisimilitude — anyone who lived through communism in Eastern Europe will find the look very convincing.

But there is still the question of what this film is actually about. Is it about the police operation? Is it a conspiracy thriller? A film about one young man’s homoerotic awakening? In all three cases, the answer is no.

What Operation Hyacinth should be seen as, and where it works best, is as a mood piece.

It is a dour and at times uncomfortable snapshot of a dour and uncomfortable time in Polish history for gay men. The operation itself is virtually unknown outside of Poland and its victims — despite the efforts of activists — forgotten.

It is also hard to divorce the film from the current climate around LGBT+ issues in Poland, but to its credit Operation Hyacinth does not make these parallels explicit, avoiding the trap of being a dreaded “activist movie”.

There is something to be said for the almost documentary-style detachment emphasised by performance, direction, and camerawork that demands of the audience make their own conclusions and connections.

Operation Hyacinth is not perfect, but it is more than competent and sheds light on a lesser-known and dark period in Polish history.

For this, it deserves an international audience that it will no doubt find now that it has debuted globally on Netflix.