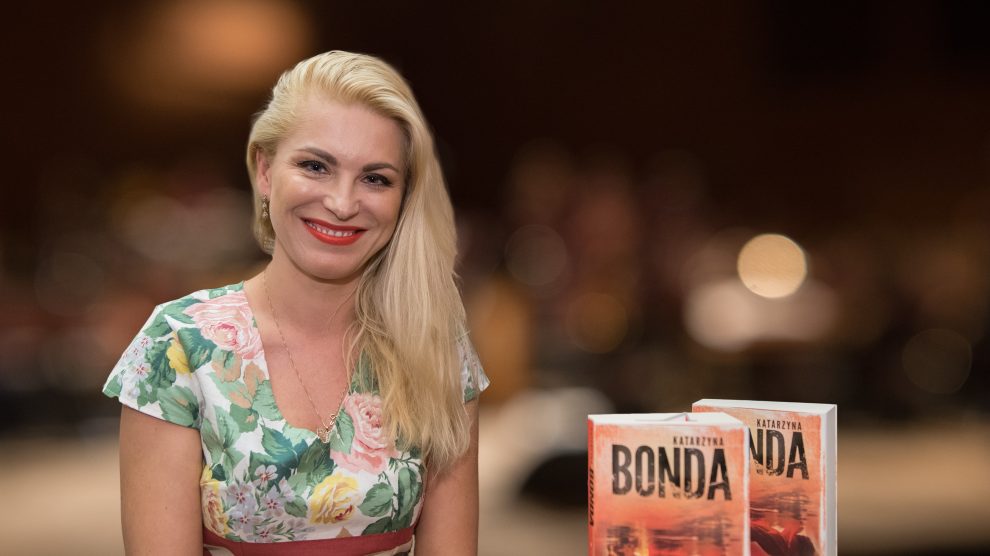 With Polish-Belarusian relations at their lowest ebb in decades, rereading a 2015 novel by Katarzyna Bonda, a Polish writer of Belarusian origin, is revealing.

Polish journalist and screenwriter Katarzyna Bonda was born in 1977 in Białystok and raised in Hajnówka, in a family with Belarusian roots.

The author of several best-selling crime novels, her 2015 novel Okularnik (Specky), has shifted over 100,000 copies and revealed a very painful family secret.

Okularnik is part of series of novels, known as Four Elements, which feature Sasza Załuska, a police profiler with a difficult past and an extraordinary talent for solving criminal mysteries.

Bonda is known for the meticulous way in which she documents the places and events that she describes before writing a novel.

The story of Okularnik is the second part of the Four Elements series, and Bonda set the plot in her hometown of Hajnówka.

As she was collecting materials she discovered a secret from World War II.

In the novel, Załuska goes to Hajnówka, where, during a Belarusian wedding, he witnesses the kidnapping of the bride. It quickly turns out that this disappearance is only the tip of the iceberg, and many people do not want their secrets to see the light of day.

Things become so complicated that not only the mysterious disappearances of young women are at stake, everything touches on complicated Polish-Belarusian relations, religious conflicts, and the so-called “accursed soldiers”, a term applied to a variety of anti-Soviet and anti-communist Polish resistance movements formed in the later stages of World War II and its aftermath.

One of the threads of Okularnik is wrapped around the controversial figure of Romuald Rajs, known as “Bury”.

A controversial resistance fighter and member of the Polish Home Army (AK), Bury was also leader of a paramilitary unit and is accused of being responsible for the murder of dozens of members of the Orthodox minority in Belarus after the end of the war.

“Some people still do not want to talk about the old times. They will not tell you the truth, because they are still afraid,” Bonda recently told Weekend.gazeta.pl.

Bonda was born in Białystok, but moved to Hajnówka with her family when she was four years old. She studied in a Belarusian high school, but she learned more about Bury and other accursed soldiers only many years later.

And while writing Okularnik, she discovered that her own family had been deeply affected by their actions.

During the preparations for Okularnik, she spent long hours at the Polish Institute of National Remembrance (IPN), where she read files concerning murders in various places in the region. And this is how she came across information that her own grandmother, after whom she is named, died during one of the pogroms committed by Bury’s men, and that her mother survived the attack.

To protect her, Bonda’s mother told her that her grandmother had died from a German bullet. It was then that the writer found out that she had Belarusian roots. And, as she says herself, this story lives in her.

“I spent my childhood there, finished high school and never, ever talked about it. Not only that, I went to a Belarusian high school, where it was not mentioned either. Nobody talked about it then, because those were completely different times, the 1980s. I was interested in how such a secret can remain in a small town for so many years. At first I thought it was unworthy of a detective story, now I think the opposite is true.”