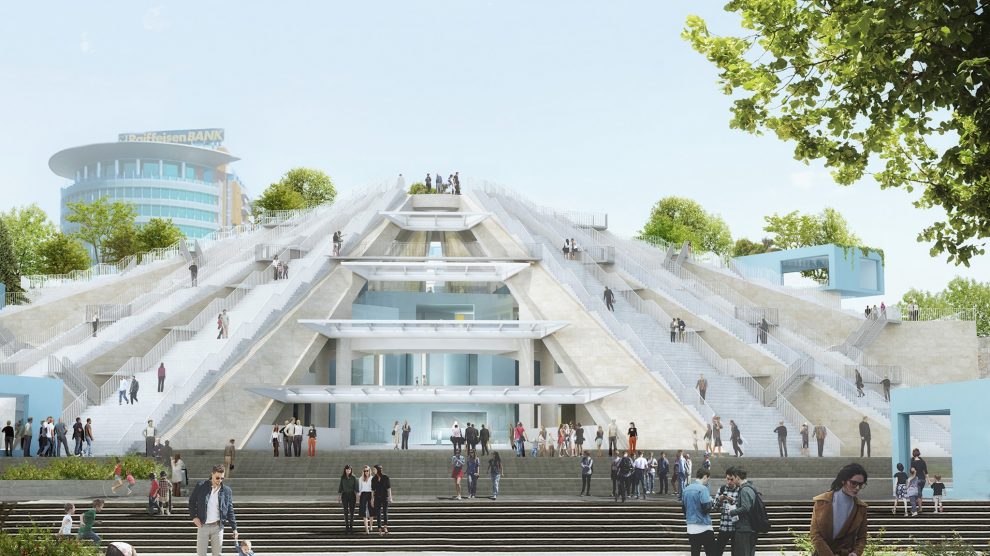 Next on Tirana’s ambitious to-do list of urban renewal is the renovation of the city’s iconic pyramid, originally built to house a museum dedicated to a communist dictator.

The Pyramid of Tirana is often listed as one of the top tourist sites in the Albanian capital.

Visitors, however, are usually disappointed to discover that it is in fact an abandoned building covered in graffiti.

Soon, however, this will change, as renovation work to transform the brutalist construction into a modern youth centre with a focus on IT has already begun.

Opened in 1988 as a museum dedicated to Enver Hoxha, the dictator who ruled communist Albania for decades, the Pyramid of Tirana is one of the most unique and recognisable buildings in the country.

When Albania’s communist regime collapsed just three years after the museum opened, the building was left without its original purpose. It was called “a symbol of oppression”, with many locals arguing that it should be knocked down.

The building – designed by a group of architects including Hoxha’s architect daughter, Panvera – has since been used as a TV studio, and even served as a temporary base for NATO during the Balkan Wars. It then saw use as nightclub and event space, but has been derelict for some time, its condition deteriorating.

The closest it came to demolition was in 2011, when then prime minister, Sali Berisha, proposed replacing it with a new parliament building. Civil society objected, and the pyramid was saved.

Its sorry state has not prevented the pyramid from becoming a huge canvass for local and even international street artists, while Tirana youngsters would (illegally) slide down its slopes at night.

This crumbling piece of brutalist architecture was even used as a set for the 2020 American horror film Castle Freak.

Renovation of the building has been mooted for years, but nothing has ever come of the many ambitious plans that have been put forward.

Not until this year, at least.

“The Pyramid of Tirana opened in 1988 as the Enver Hoxha Museum, a cynical celebration of dictatorship. It epitomised the notion that people are passive subjects in the course of a brutal history over which they have no say,” said Ambassador Kim during the ceremony.

The project is being funded by the Albanian-American Developmental Foundation (AADF) and telecom giant Vodafone, while the design was put together by the Dutch architecture and urban design firm MVRDV.

The unique shape of the structure, achieved through sloping concrete beams, will be incorporated into the new design in order to attract tourists. Steps will be added along the slopes which will allow making it safe for visitors to walk to the top of the pyramid and enjoy Tirana’s landscape.

One of the slopes will be left in its current forms, which MVRDV designers are hoping will preserve the tradition of sliding down the pyramid.

The pyramid will also offer locals and visitors access to cafes, studios, workshops, and classrooms.

The Yerevan-based education TUMO Centre for Creative Technologies is expected to take up the majority of the office and classroom space at the pyramid, which promises to provide school-aged children free software, robotics, animation, music, and film classes, amongst much else.

Architects MVRDV say of the project, “the transformation of the pyramid shows how a building can be made suitable for a new era, while at the same time preserving its complex history, and demonstrates that historic brutalist buildings are ideal for reuse.”