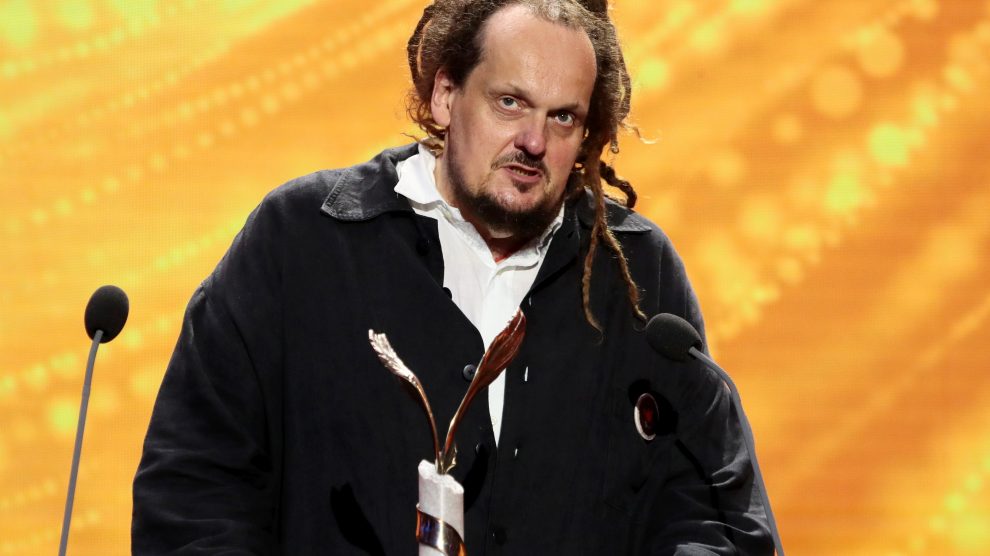 Kill It and Leave This Town, a 90-minute animated film by Mariusz ‘Wilk’ (Wolf) Wilczyński, has won best full-length film at the International Animated Film Festival, AniFilm, in Czechia.

Zabij to i wyjedź z tego miasta (Kill It and Leave This Town) took Mariusz Wilczyński 14 years to complete.

It reflects the Polish filmmaker’s return to his youth in the industrial city of Łódź, referring to his friend Tadeusz Nalepa, a musician regarded as the father of the Polish blues.

The music score for the film was composed by late Tadeusz Nalepa and voice-overs were provided by Krystyna Janda among other famous Polish actors. Andrzej Wajda, Poland’s greatest film director and long connected with Łódź film school, is also part of the film.

Scored by Polish jazz trumpeter Tomasz Stańko, Kill It and Leave This Town is an affectionate look at the artist’s hometown, whose streets, trams and shops are coloured with characters, memories and tunes that take us back to the 1960s and 1970s.

The director told culture.pl that he wanted to finish the conversations that he had run out of time for in real life. Wilczyński said he wanted to symbolically say goodbye to members of his family who had died.

At the film’s premiere at the 70th Berlin International Film Festival, Wilczyński said: “In a short time, people who were important to me passed away. I did not have time to say goodbye to them, I do it with my animation.”

He added; “I don’t believe in death, they didn’t die, but they live in my imagination.”

Wilczyński had initially intended it to be a short film, but ended up deciding to make it his feature debut.

The film premiered at the 70th Berlin International Film Festival in February 2020 but its release was delayed due to the impact of the Covid-19 pandemic. It was finally released in cinemas in Poland on March 5, 2021.

On Metacritic, the film scores 69 out of 100 based on the reviews of eight critics, indicating “generally favourable reviews”.

“It’s difficult to describe … Kill It and Leave This Town, because the animated feature — plotless, gloomy and surreal — is more a direct translation of feelings and sensations than a traditional work of storytelling,” wrote The New York Times in its review.

Best known for the Chaplinesque Times Have Passed (1998), and Unfortunately (2004), Wilczyński has been creating animated segments for TVP Kultura, the cultural channel of Polish national television.

Wilczyński was the first Polish animation author to earn a retrospective organised by New York’s Museum of Modern Art (MOMA).

The Polish National Museum in Warsaw and the National Gallery in London have also shown his work.