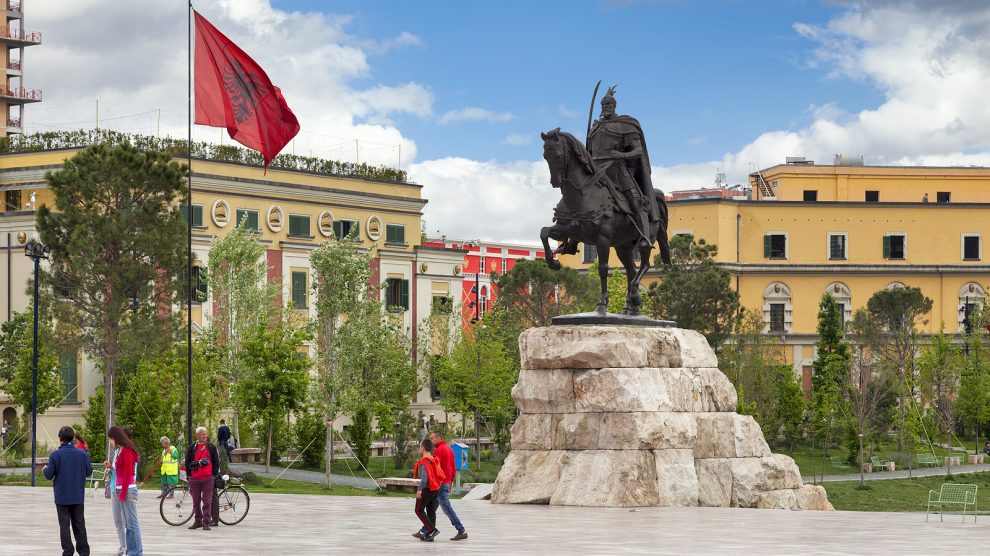 Albanians, should they wish to do so, are now free to live, study and work in Kosovo after the Prishtina government approved a deal struck earlier this month with the administration in Tirana.

Kosovars can likewise live and study in Albania, although those looking to work in the country will still need permits.

The move comes at a time when the issue of the possible unification of Kosovo and Albania unification has again moved into the spotlight, primarily because of statements made by Kosovo officials and high-profile politicians.

In January, a former prime minister and leader of the Alliance for the Future of Kosovo, Ramush Haradinaj, said he would ask for a referendum on unification if Kosovo doesn’t make any progress in its push for EU accession.

Albin Kurti, the current prime minister, said in February after winning a parliamentary election that he would vote “yes” in a referendum to unify Kosovo and Albania.

Not that a referendum looks likely anytime soon: it would require a change in Kosovo’s constitution which currently does not allow for the country to be joined to another.

Unification, or as many in the two countries call it, reunification, enjoys wide popular support in both Albania and Kosovo.

A poll from 2019 found that 75 per cent of Albanians and 64 per cent of Kosovars in favour.

Until Kurti and Haradinaj made their statements earlier this year, the issue had nevertheless been off the agenda in both countries for some time.

Both countries have held parliamentary elections this year, but the issue was almost completely ignored by mainstream parties on both sides of the border.

Actual calls for unification would be tricky in the current atmosphere in the Balkans. Several so-called “non-papers” have circulated in the region in recent months, bringing the idea of border changes into renewed focus.

Both the EU and United States have made it clear that they vehemently oppose any proposals to redraw the region’s borders.

As such, Vladimir Gligorov, senior research associate at the Vienna Institute for International Economic Studies (wiiw), says he does not think the removal of temporary permits is a step toward unification.

“There is no doubt that Kurti is committed to Kosovo integrating with Albania, but he has realised in the past that Kosovo’s constitution stands in the way. There is also no doubt that [Albanian PM Edi] Rama also supports Albanian unification, but that would go against the EU ambitions of Albania. So, unification is not in the cards,” Gligorov explains.

The latest agreement could however be a sign of the two countries are becoming more interdependent in social and economic terms.

“The thing is that Kosovo would naturally look to the Serbian market for geographical reasons and for comparative advantages. But these relations are strained – and will remain so. As a consequence, it is to Albania that it will turn, especially because of the access to the sea. And there is now a good road connection,” Gligorov tells Emerging Europe.

Dr Zijad Bećirović of the Ljubljana-based International Institute for Middle Eastern and Balkan Studies says that the recent move should be seen in the context of the so-called Mini-Schengen initiative, a planned economic area and common travel zone incorporating Albania, Kosovo, North Macedonia and Serbia, as well as – possibly – Montenegro and Bosnia and Herzegovina.

“The [Mini-Schengen] declaration entails eliminating border controls and other barriers for increased mobility in the region, which would enable citizens to travel with just a state ID card as well as become employed anywhere if they have a certificate of their qualification,” he explains.

Serbian President Aleksandar Vučić, Macedonian PM Zoran Zaev, and Rama signed the declaration in October of 2019. Since then, both Bosnia and Herzegovina and Montenegro have signalled their interest.

“The abolition of resident permits for Albanian citizens in Kosovo is a step towards Kosovo officially joining the Mini-Schengen initiative, as it is obliged to do so under the [2020] Washington Agreement,” Bećirović tells Emerging Europe.

Until the Washington Agreement was signed in September 2020 by Vučić and Kosovo’s then PM Avdullah Hoti, Kosovo had previously refused to endorse the Mini-Schengen idea out of fear that it might turn into an alternative to full membership of the EU.

North Macedonia to exit coal by 2027
Is Central Europe the canary in the EU’s inflation coal mine?
Comment