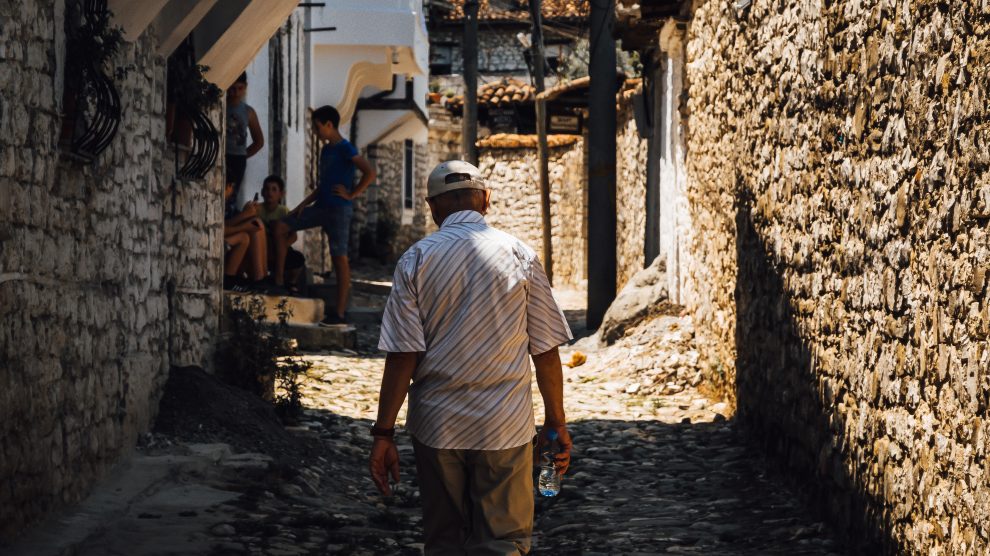 Three decades after its birth, Albania’s Democratic party must become able again to win over the minds and hearts of the voters, reform itself and offer a new kind of democratic model, for Albania and for the future of all the Albanian people.

Albania’s recent parliamentary elections, held on April 25, represented a critical juncture in the country’s path towards European Union integration and its own democratic consolidation.

Despite all the past controversies, the Socialist party won 74 out of the 140 seats in the new Albanian parliament, amassing just over 48 per cent of the vote.

During their eight-year rule, the current Prime Minister Edi Rama and his Socialist party have been accused of contributing to Albania’s democratic backsliding, rising corruption, lack of transparency in procurements, making no tangible progress in the path towards the EU, and being unable to spur economic development, attract Western investments, and stop the country’s demographic haemorrhage.

Thus, the results of the elections were particularly surprising given the general dissatisfaction with governance in Albania and the pessimistic view of the future, especially by the Albanian youth.

In this regard country’s economic performance, unemployment, and lack of opportunities have contributed to rising emigration. In 2019, Albania ranked fourth in the share of asylum seekers coming from visa-free countries that entered the EU countries legally. Albania was also among the top five countries of origin for asylum seekers ordered to leave EU countries that same year. Since 2013, the preferred destinations of Albanians leaving the country have been the United Kingdom, Germany, France, and Greece.

Now, with Albania’s Socialists gaining a third straight mandate, which had not happened before in the country’s post-communist history, there is a clear risk that in the next four years the government will continue to exhibit the same shortcomings.

These include not only bad governance and continued regress in democratic standards, but also the disregard of Albanians’ dream of joining the European Union by privileging dubious investments from other foreign actors. These investments, while much-needed from an economic standpoint, pose considerable geopolitical threats and could potentially open Albania to outside malignant influences.

An election with few surprises

With all these at stake the failure of the opposition to bring about an end to the rule of the Socialist party was shocking to many. However, to experienced observers of Albania, the result was no surprise, considering the lack of a convincing governing alternative and the failure of the largest opposition force, the Democratic party, to mount a serious electoral challenge.

Albania needs now more than ever a revamped Democratic party, with a new leadership and a clear vision, offering a new sort of political model, able to effectively keep in check the excesses of the government, and, most importantly, to offer an alternative to hundreds of thousands of dissatisfied and hopeless Albanians.

But none of this will materialize if Lulzim Basha, the current leader of the Democratic party, continues to hold it hostage of his personal mistakes and failures. Without directly stating it, Basha is seeking to retain control over the Democratic party and is now refusing to acknowledge and accept the results of the April 25 elections by citing electoral manipulations and vote buying.

But while allegations are worth being taken seriously and investigated by the appropriate agencies, these factors do not change the overall results of the elections. This is clear to everyone in Albania, as well as to the international partners that have recognised the legitimacy of the elections.

Lulzim Basha has led the Democratic party since 2013 and guided the party in the 2017 general elections into its worst electoral result in its 30-year history, refusing to step down in the aftermath. If Basha does not resign now and pave the way for new and free party elections, he would not only stain his legacy as party leader, but he would also do a direct service to the Socialist party.

If there is no reformation of the opposition, the Albanian youth will continue to emigrate and apply for asylum in EU countries, in the United Kingdom, and around the world, while the strategic direction of the country will remain adrift amid Prime Minister Rama’s geopolitical adventures.

The place of Albania’s opposition is in parliament

After eight years as opposition leader, Albanian voters did not reward Basha’s extremely conflictual politics and were not convinced by his leadership, under which the opposition gave carte blanche to the government to continue its misguided path.

After the 2017 defeat, Basha spent much of the following years boycotting parliament and local elections against the advice of European sister parties. This merely served to give the Socialist party a free run. The job of a serious leader of the opposition in a democratic system is surely in parliament, vigorously opposing the government of the day.

The Democratic party was born as the party of change and it was grounded in the democratic aspirations of the millions of Albanians that were brutally oppressed by the 45-year rule of the communist regime. The Democratic party was born from a movement, fueled by the ideals of tens of thousands of students, artists, intellectuals that took to the streets to overthrow the communist rule.

The Democratic party was once Albania’s driving democratic force. Now it risks fading into political irrelevance. Albanians and the country can afford to let Lulzim Basha go, but they cannot afford to lose a credible opposition that puts the future of the country first.

Now, three decades after its birth, the Democratic party must become able again to win over the minds and hearts of the voters, reform itself and offer a new kind of democratic model, for Albania and for the future of all the Albanian people.

Zenel Hoxha is a British-Albanian business, civic and community leader, president and CEO of the Albanian-British Chamber of Commerce and Industry, and one of the founding members of the Democratic party of Albania.