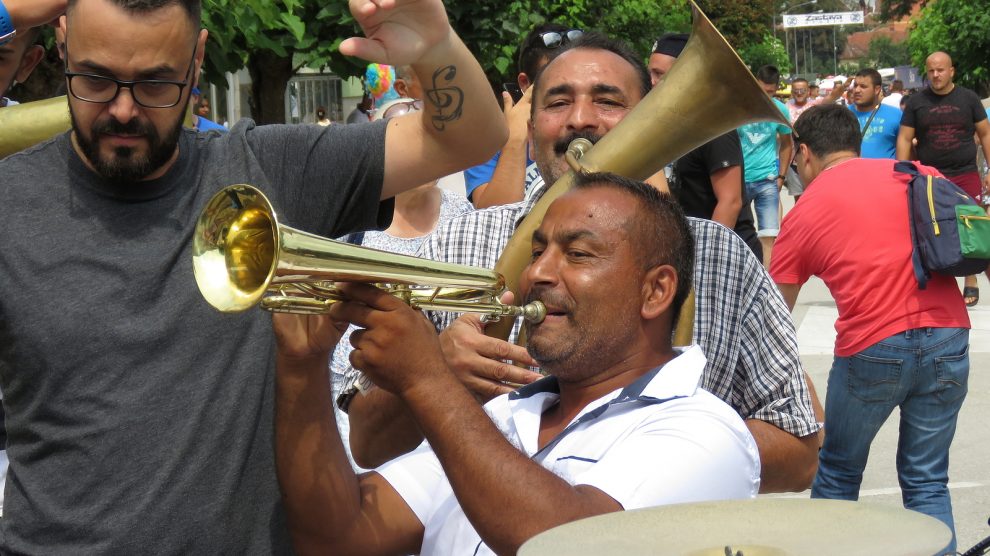 Unique and inimitable, Serbia’s Guča Trumpet Festival draws hundreds of thousands of visitors from around the world. Now, after a year’s pause due to the Covid-19 pandemic, Guča is set to come back in August and delight brass music lovers once again.

Amidst the sea of music festivals that take place every year around Europe (except last year, of course, for reasons that need no explanation) it’s hard to stand out.

Do you go to Sziget in Budapest to see all the world’s top music acts in one place, or do you go to Roskilde in Denmark to do the same?

There is one music festival however which is unique, and which has for years been picking up steam and becoming a bonafide international phenomenon.

Guča is four days of absolute mayhem as dozens of Balkan brass music bands (locally known as trubači, the Serbian word for trumpeter) descend on the small village of Guča (population 2,000) in the western Serbian county of Dragačevo — along with more than half a million visitors from around the world.

While other music festivals in the region try to go for the international party crowd, Guča (formally known as the Dragačevo Trumpeter Assembly) is every bit as traditional and authentic as it always has been. Turbo-folk and pop acts do make it to the festival, but remain a sideshow to the main attraction — the competition to find the best brass band in the country.

Along with the Balkan brass music, characterised by a fast tempo and somewhat cacophonous sound, visitors can enjoy traditional Balkan style food (vegans, really, need not apply) and copious amounts of rakija.

But the real draw is the music. The Balkan brass style originates from the 19th century, when Romani trumpeters were influenced by Turkish marching bands and began transposing folk music from the region into brass instrumentation. The name of the festival is in fact somewhat misleading, as bands are not just limited to trumpets. Tubas, alto horns, helicons, trombones, and other brass instruments are prominent.

Fans of the style agree that brass music is better experienced than simply heard. The real joy in attending a performance is in the unpretentious relationship between the musicians and the audience. The fast and energetic beats encourage the participation of all (traditionally in the simple kolo dance) thus making the line between performer and audience much less rigid than at most other music festivals.

Since the 1990s, the composer Goran Bregović and filmmaker Emir Kusturica have made Balkan brass reasonably well-known outside of the region, but Guča itself is much older.

The first ever competition was held in 1961 in relatively modest conditions. Only four bands took part, although they were some of the best known and respected at the time. Today, visitors are greeted by a statute of Desimir Perišić, the first Guča winner.

That first festival was immortalised in a documentary short Trube Dragačeva by the acclaimed Serbian filmmaker Puriša Đorđević.

The following year, the festival attracted 15,000 visitors. In addition to the music and competition itself, sideshows appeared showcasing various local traditions, crafts, and folk costumes.

It was clear very early on that the Guča Festival was here to stay, but it took another decade before the rest of Yugoslavia started paying more attention and the media really began promoting the event.

For Guča, 2020 was supposed to be a banner year as it would have been the festival’s 60th anniversary. Sadly, it didn’t happen.

This year, organisers have put forward the tentative dates of August 12 to 15. As Serbia rolls back most of its coronavirus limitations on events and gatherings, there’s a good chance Guča will be back. But if the epidemiological situation ends up being unfavourable, event organisers have stated the possibility of the festival being held online.

According to Bili Vulović, the director of the Dragačevo Tourism Organisation, there will nevertheless be some changes visitors can expect.

“We haven’t defined everything yet, but we know the entire thing will be different. There won’t be any room for commercial [music] but we expect to make a good combination of the trumpeters and everyone that will participate,” he told local media.

This can be seen as a response to criticism that the festival has strayed a bit too far from its roots. As Čačak-based Ozon Press writes, programme drift over time has caused trumpeters to start losing the battle with turbo-folkers and some traditional craftspeople have been driven away from the main streets by rising rents. The festival committee is expected to bring the festival back to its roots this year.

Despite these issues, Guča remains one of the most unique festivals in the whole of the emerging Europe region.

In an era when the entertainment industry has long gone global and created global tastes, Guča offers its visitors a deeply regional and unadulterated taste of Serbia and the Balkans.

Ivana Kupala, a glimpse into pre-Christian Slavic culture
I love ya, Poland, but…
Comment