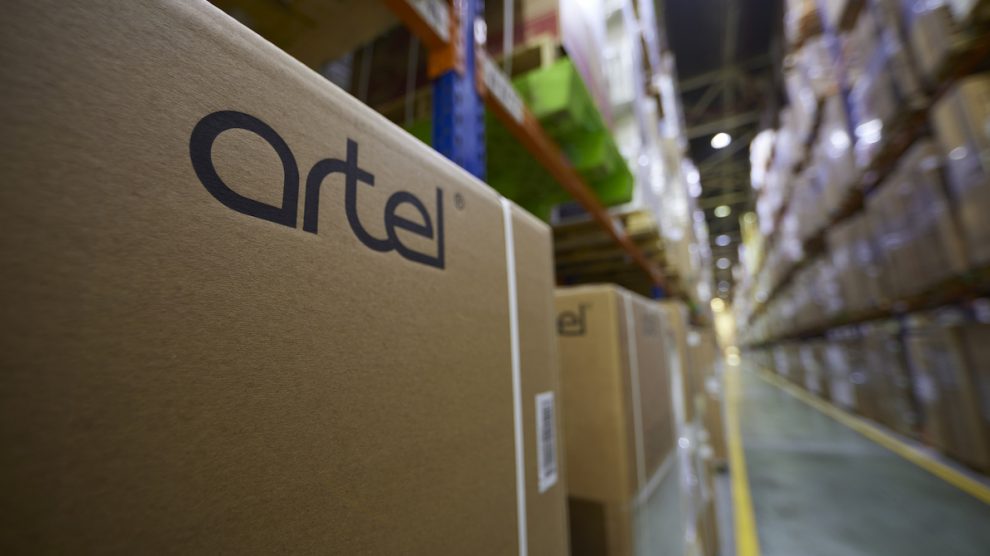 Uzbekistan’s reformist government wants to float several state-owned firms on the country’s erstwhile under-capitalised stock exchange this year. This is good news for private Uzbek firms too, such as Artel, which is already taking advantage.

A major bond issue last week by Artel, Central Asia’s largest household appliance and electronics manufacturer last week, could be a key moment in the development of Uzbekistan’s capital markets.

On June 10, the firm became the largest, 100 per cent privately-owned company to successfully place a corporate bond on the Tashkent Stock Exchange (TSE), placing a debut three-tranche bond offering of 30 billion so’m (2.71 million US dollars), with maturities of 12-18 months, a coupon interest rate of 21 – 22.5 per cent, and quarterly payments.

The Central Bank of Uzbekistan base rate is currently 16 per cent.

Artel’s CEO, Shokhruh Ruzikulov, says that the TSE, with a pool of regionally focused investors, was the “natural forum” for its first bond issuance, while Sarvar Akhmedov, head of the Capital Markets Development Department at Uzbekistan’s Ministry of Finance, says that Artel’s issuance on the TSE is the latest encouraging sign in the development of Uzbekistan’s capital markets.

“The Ministry of Finance is committed to increasing confidence in the domestic markets and creating the conditions for an increasingly healthy and liquid TSE,” he says.

“We expect other large players will soon consider the TSE as an attractive forum to raise capital, which will further develop both their businesses and our country.”

Why the capital markets are the next step

After decades of economic stagnation and isolation, Uzbekistan in 2017 launched a wide-ranging reform programme with the aim of building a competitive and inclusive market economy.

Success so far has been impressive, with key reforms already implemented including exchange rate liberalisation, reduction of import tariffs, price liberalisation of goods and services, and the establishment of an Anti-Monopoly Committee.

Next on the government’s ambitious to-do list appears to be the country’s financial markets, which it increasingly views as crucial to both growth and economic stability, as well as being the key to the successful privatisation of the country’s many state-owned firms.

Indeed, liberalisation of money and capital markets was a key part of a wide-ranging decree issued by the country’s president, Shavkat Mirziyoyev, in April, which included plans to float several state-owned businesses on the Tashkent Stock Exchange.

These include a 49 per cent stake in Uzbekneftegaz, the country’s largest oil and gas firm, and 51 per cent stakes in Thermal Power Plants, an energy producer, and the national airline, Uzbekistan Airways.

Smaller stakes in several other firms, including automotive manufacturer UzAuto Motors could also be set for IPOs soon, boosting both the market capitalisation of the exchange – which currently hovers at around five billion US dollars – and its modest daily trading turnover.

The move to liberalise and open up new financial markets, in order to provide an alternative to the country’s banks, is timely.

Last month, the World Bank published a major new report looking at the Uzbek economy, and said that while the country’s financial sector is at an early stage of development, creating growth opportunities, there were also risks.

Part of this risk stems from the fact that Uzbekistan’s private sector currently lacks access to finance and financial services because of low levels of competition and the dominance of state-owned banks.

According to the World Bank’s data, commercial banks account for more than 95 per cent of total financial sector assets in Uzbekistan, meaning that the underdeveloped non-banking financial services sector – which includes the capital markets (which the World Bank describes as “non-existent”) currently provide virtually no viable alternative to bank finance.

Nevertheless, the bank, and its investment arm, the International Finance Corporation (IFC) are optimistic.

Uzbekistan weathered the economic storm created by the Covid-19 pandemic relatively well. Its economy grew 1.7 per cent in 2020 – one of few countries to maintain positive growth. Last year, 2021, was even more impressive, with growth of 7.4 per cent, as strong industrial and services growth helped temper weak agricultural numbers.

Russia’s invasion of Ukraine however will slow growth to 3.6 per cent in 2022, compared to pre-crisis estimates of about six per cent. An anticipated 50 per cent fall in remittances (from a weaker rouble and the collapse of Russia’s economy) and higher oil, wheat, and cooking oil prices will sharply lower private consumption.

Investment growth is also expected to slow given the heavy reliance on Russian capital imports and bank financing for public and private investment projects. Although Uzbekistan will benefit from high global commodity prices (gold, copper, and natural gas), an estimated six per cent of GDP fall in remittances will widen the current account deficit to 10 per cent of GDP in 2022.

Privatisation as a driver of capital market growth

Public share offerings on local stock exchanges have long been a generally sound method for facilitating the development of a local capital market, particularly in economies in transition, such as Uzbekistan.

The feed-through for Uzbekistan’s private firms will come if investors get easier access to the market, says Karen Srapionov of Avesta Group, one of Central Asia’s oldest investment banking firms.

“If investors will get easier access to the market, and will come here to participate in the IPOs of state-owned firms, private players will be able to raise some real funding and the market will start to actively develop,” he tells Emerging Europe, adding that so far, few private firms have raised capital publicly.

There will be other benefits too, he suggests.

“The government and the president are really interested in market development, as everyone understands that the government’s large share in the economy, and low transparency, is a problem.

“Development of the local capital market will contribute to an improvement in corporate governance, the reporting and transparency of public companies, as well as create a proper privatisation mechanism with the additional options of IPOs and SPOs.”

With support from international finance institutions such as the European Bank for Reconstruction and Development (EBRD), the IFC and the Asian Development Bank (ADB), the Uzbek Ministry of Finance is currently undertaking a huge amount of work to update legislation that will create a legal framework to make liberalisation of the capital markets possible, including offering better access for foreign investors.

“The main problem on the investors’ side is definitely access to the market,” adds Srapionov, citing the need for simplified account opening procedures, on-line account opening, nominee status accounts and omnibus accounts for international brokers.

“On the supply side [the new legislation] will concentrate on new instruments (such as all types of collective investments – funds, ETFs, REITs, simplified bond issuance, derivatives), bringing private companies to the market, and more effective privatisation measures.”