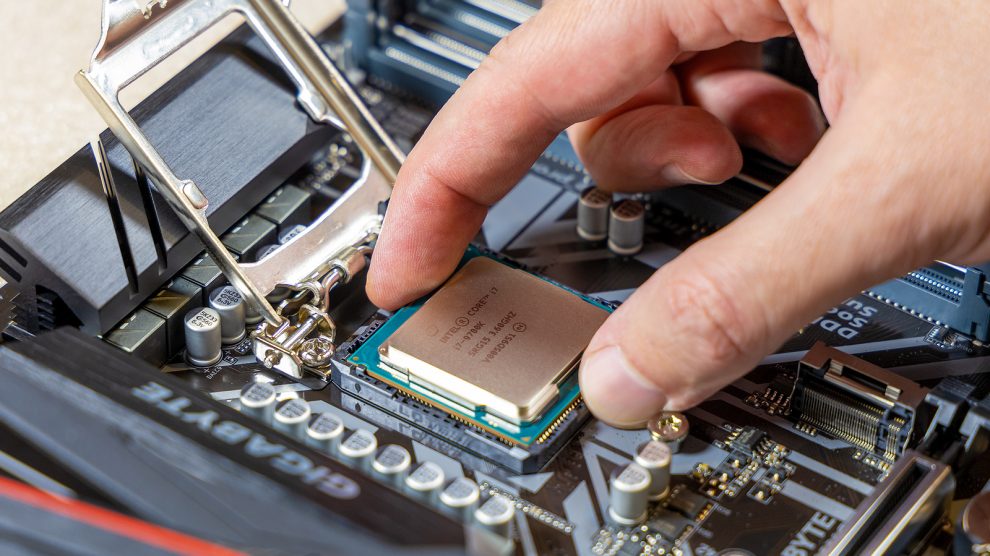 The EU’s much-hyped Chips Act can now point to its first success: a huge investment from US tech giant Intel. That’s good news for the firm’s facility in Gdańsk, Poland.

US technology giant Intel announced on March 15 the first phase of its plan to invest as much as 80 billion euros in the European Union over the next decade along the entire semiconductor value chain – from research and development (R&D) to manufacturing to state-of-the art packaging technologies.

The announcement comes just a month after the EU pitched its Chips Act, which it hopes will bolster Europe’s competitiveness and resilience, and wean it off its reliance on Asian chip makers.

Intel says that it plans to invest an initial 17 billion euros into a leading-edge semiconductor plant in Germany, to create a new R&D and design hub in France, and to invest in R&D, manufacturing and foundry services in Ireland, Italy, Spain – and Poland.

The California-based firm says it plans to bring its most advanced technology to Europe, creating a next-generation European chip ecosystem and addressing the need for a more balanced and resilient supply chain.

Its plans for Poland include increasing current lab space in the city of Gdańsk by 50 per cent to develop solutions in the fields of deep neural networks, audio, graphics, data centre and cloud computing.

Pat Gelsinger, Intel’s CEO, called the plans a major step both for Intel and for Europe.

“The EU Chips Act will empower private companies and governments to work together to drastically advance Europe’s position in the semiconductor sector,” he said. “This broad initiative will boost Europe’s R&D innovation and bring leading-edge manufacturing to the region for the benefit of our customers and partners around the world. We are committed to playing an essential role in shaping Europe’s digital future for decades to come.”

Intel’s European investment plans should have positive effects across industries and member states, given that building up manufacturing capacities and R&D capabilities at this scale will create a virtuous cycle of innovation.

The firm also believes that its investment will accelerate leading-edge chip design capabilities, boost the European material and equipment supplier industry, and serve the strong customer base across industries in Europe. Additionally, the investments could be a magnet for thousands of additional engineers and technical workers, growing the pool of innovators, entrepreneurs and visionaries that will advance Europe’s digital and green future.

Recent global semiconductors shortages have forced factory closures in a wide range of sectors from cars to healthcare devices.

In the car sector, for example, production in some EU member states decreased by one third in 2021. This made more evident the extreme global dependency of the semiconductor value chain on a very limited number of actors in a complex geopolitical context, but also illustrated the importance of semiconductors for the European industry and society.

The EU’s Chips Act mobilises more than 43 billion euros of public and private investments and puts in place measures to prevent, prepare, anticipate and swiftly respond to any future supply chain disruption.

“Our goal is to have 20 per cent of world microchips production in Europe by 2030. That’s twice as much as today, in a market that is set to double in the next decade,” added von der Leyen, who called Intel’s announcement “just the beginning.”

Intel last month announced a 20 billion US dollars chip-making hub on the outskirts of Columbus, Ohio, which the company expects to grow to be the world’s biggest silicon-manufacturing site. The plant is expected to be operational by 2025.

Like the EU, the US currently makes only 10 per cent of the world’s semiconductors.

The world’s largest producer of chips is Taiwan, which accounts for around 60 per cent of global output. Taiwan’s TSMC and South Korea’s Samsung are currently the only companies capable of producing today’s most advanced five-nanometer chips, used in the latest smartphones.