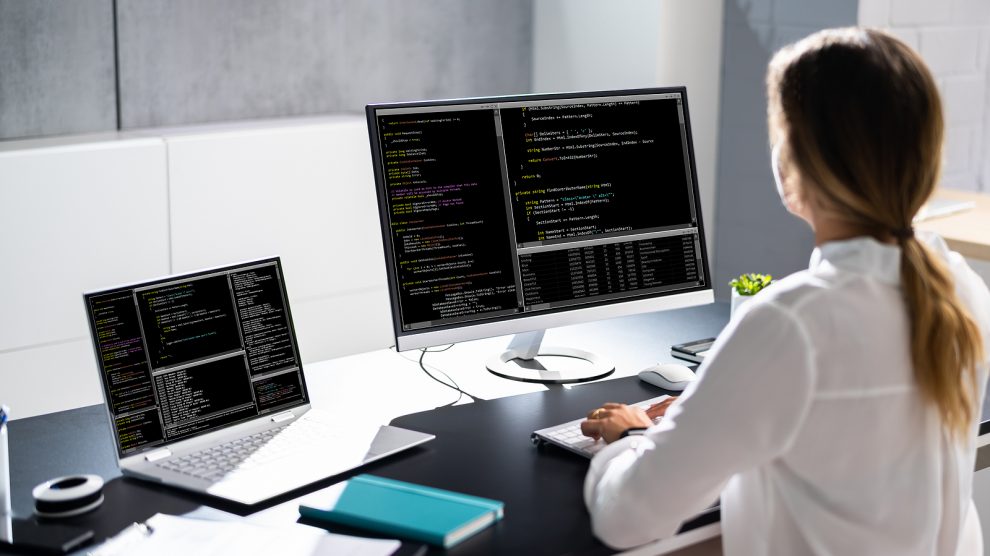 An ambitious initiative aims to offer women across emerging Europe, especially Ukrainians displaced by Russia’s invasion, a new start in the tech industry.

Swedish-Ukrainian IT company Sigma Software Group is scaling up its Femmegineering initiative to build a female tech community across emerging European tech markets.

The organisers will launch a series of educational events, and provide free access to IT courses at Sigma Software University and mentorships by industry leaders to female refugees and local women in Europe.

The project originally was founded by Sigma Group in Sweden and was held as a one-year initiative by the Expect a Better Tomorrow foundation. Femmegineering’s main goal was to contribute to a more equal tech and engineering industry.

The announcement comes just a week after Apple boss Tim Cook said that there were “not enough women at the table” at the world’s tech firms – including his own.

Technology “will not achieve nearly what it could achieve” without a more diverse workforce, said Cook, adding that there were “no good excuses” for the lack of women in the sector.

According to Deloitte Global, a consultancy, large global technology firms, on average, will reach nearly 33 per cent overall female representation in their workforces in 2022, up slightly more than two percentage points from 2019.

Parts of emerging Europe tend to perform well above global averages when it comes to the number of women in science and tech roles.

According to Eurostat, among EU regions the highest share of women employed in science and technology in 2021 was observed in Latvia and Lithuania (both 63 per cent), followed by parts of Hungary, the central region in Poland, and southeast Bulgaria (all 61 per cent). In Estonia, which was this year named by Emerging Europe as the region’s most competitive IT sector, the percentage is 60 per cent.

Yet the higher up the corporate ladder, retention of female talent remains concerning. Women today hold around 20 per cent of executive roles in emerging Europe and only eight per cent of CEO positions.

Moreover, 44 per cent of the leading companies in emerging Europe do not have a single woman in an executive role.

Stepping up efforts to close the gender gap in Central and Eastern Europe could unlock 146 billion euros in annual GDP by 2030 – equaling an additional eight per cent of GDP or roughly the size of the economies of Slovakia and Croatia combined, according to a report from McKinsey, published last year.

Outside of the EU, the percentage of women in tech is far lower. In Kosovo, just 20 per cent of tech workers are women, says the Association for Information and Communication Technology of Kosovo (STIKK).

At the time Ukraine was invaded by Russia in February, around 24 per cent of its estimated 300,000 tech workers were women, according to Global Data, although the number has tripled over the past ten years.

At the same time, around 8,500 IT specialists (mostly men) were drafted into the army or volunteered for territorial defence forces.

This situation has pushed many Ukrainian female migrants into quickly learning new professions that allow them to work remotely.

“My life changed dramatically for the better when I switched my career to the tech industry,” says Alexandra Govorukha, head of international PR at Sigma Software Group and Femmegineering leader.

“I have many more opportunities for self-development and growth, have met many talented people, and have become more flexible and creative. Unfortunately due to the biases in our society, women are often told that IT is not a career area for them. But that’s not true. Our goal with Femmegineering is to break stereotypes, show real ways of building a career in tech for women, and help them become independent financially.”